Sex And The Married Man…

Some of the reasons often sited for wives not wanting sex is because they are too tired and often do not feel sexy. I’ve seen other articles where some women were simply turned off by their husbands touching or grabbing them sexually throughout the day.

It has been written many times by various relationship experts that women need to be stimulated mentally prior to having sex.

It has also been stated that when men help out with chores around the household and pitch in with taking more responsibility in raising the children that these things help a woman to want to have sex.

Flirting and using sexual innuendo are viewed as annoying or immature instead of romantic and naughty fun.

Some women are hesitant to be affectionate for fear of things turning sexual.

For some women spending time with a man when there is no sex makes them feel more loved.

Ironically for a man spending time with a woman that doesn’t want to have sex with him makes him feel less loved or desired.

He may feel if his wife rarely wants to have sex with him then she is not “in love” with him.

There is a different mindset for most men when it comes to having sex while “playing the field” and having sex in a marriage.

Sex and love can be mutually exclusive while being single but in a marriage sex is an expression of love through physical intimacy.

A wife can cook meals, clean the house, do the laundry, and take care of the family budget (but if she is not having sex with her husband he is not feeling loved.)

After all the aforementioned things are all things he could do for himself.

Men crave the softness of woman’s body pressed against theirs, wet kisses, and yes, even snuggling while watching television.

When a husband feels sexually desired by his wife he feels loved.

We tend to do things for others, which we enjoy having done for us.

There by you have a wife cleaning a house and a husband rubbing his wife’s behind.

Both are essentially doing what they wish the other person were doing.

In fact more than likely both the man and the woman are doing many of the same things they did in the beginning of the relationship however as time has gone on the end results are different. It’s as though the price has gone up or more is now required in order to get the same things which were offered freely initially. Another famous saying is,

Other factors such as hormones and menopause can play a part in a woman’s diminished sex drive. There are some women who have never had orgasms and don’t get much enjoyment out of sex. It has been said,

In other words they’re both doing things not so much because they enjoy doing it but because it leads to what they want in the end.

Some women have sex to win over the heart of the man they are dating only to stop after they are married. Men have also pulled a type of “bait and switch” to get what they want.

Other women have been known to have sex only for the sake of procreating.

Many people believe it’s only natural for married couples to have less sex.

Personally speaking I have never heard of couple waking up one morning and mutually deciding to have less sex. Generally speaking the person who wants more sex backs off after being rejected numerous times. He adopts a “go along to get along” mentality.

Rejection hurts more when it comes from someone you love and are committed to.

This changes the dynamics of the sexual relationship for the couple.

Instead of both parties feeling sex is something either person can initiate “spontaneously” now one person has “control” over when and if there will be sex.

Whenever a person feels forced to hold back their thoughts and desires for an extended amount of time they no longer feel they are being true to themselves.

They become resentful of being controlled.

Sex and affection are not tools to be used for reward or punishment.

When it comes to sex there should be no winners and losers.

A person takes a vow to be monogamous and forsake all others believing he or she is with someone who loves them and desires them physically.

No one is “doing favors” for the other. You either want him/her or you don’t.

It’s unrealistic to expect to not have sex with your spouse for an extended period of time without them considering other options.

If there has been a change of heart or one person is no longer attracted to the other it needs to be discussed. A plan of action needs to be enacted as soon as possible.

Each of us is entitled to be with someone who loves and adores us for who we are. Sex is not just sex for the married man. It's an expression of love.

The longer a couple goes without physical intimacy the more difficult it is to restore it.

It’s easier to maintain a fire than it is to reignite a spark. 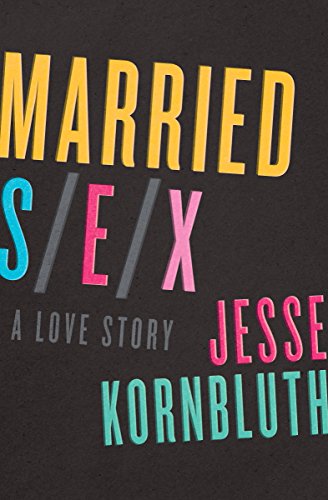