Many of today's common wedding traditions and superstitions actually originated in ancient myth and folklore when it was thought that engaged couples were particularly vulnerable to bad luck and evil spirits right before their wedding day.

Some traditions are commonplace, such as the bride not being seen in her wedding dress by the groom before the ceremony, others are unique and vary widely between cultures; all are thought to either ward off bad luck or surround the bride and groom with good luck...

On The Way to The Ceremony..

~ It is good luck for the bride to encounter a lamb on her way to be wed.

~ It is also good luck for the bride to see a dove, because doves mate for life. The dove too, symbolizes love, peace, fidelity, prosperity and good luck. If a dove is seen on your wedding day, a happy home is assured.

~ It is good luck for the bride to find a frog crossing her path as well.

~ It is a lucky omen when the bride crosses paths with a black cat on her way to the wedding.

~ It is good fortune for the bride to see a policeman, clergyman, doctor or blind man on her way to the church.

~ If the bride sees a rainbow on her way to the ceremony, it is a very lucky sign for the couple.

~ Sunshine on the way to the church is good luck.

~ Your marriage will be filled with good fortune if the groom happens upon a pigeon, wolf or goat, on his way to the ceremony.

~ The groom should give a ~ coin to the first person he sees on his way to the church for good luck.

~ It is the best of luck omen for the bride to find a spider in her gown on her wedding day. (ick)

~ Tears from the bride or a child during the wedding service is considered lucky.

~ Snow on your wedding day is a sign of fertility and prosperity.

~ If you marry during the full moon, you will have good luck and good fortune.

~ An open umbrella (in Chinese culture, the umbrella is red) over the bride will protect her from evil.

~ It is bad luck for the bride to meet up with a lizard, funeral procession or a pig on her way to the church.

~ It is bad luck for a man to encounter a blind person, pregnant woman, a monk, or a nun on his way to propose.

The well-known expression, "Tie the Knot"; meaning to get married or engaged, originates from the ancient Celtic custom of Hand-fasting, in which the newly-wedded couple had their hands tied together with an Endless Knot, (or Eternity Knot) in a symbolic ritual.

The Engagement Ring - A Symbolic Promise

The engagement ring, or promise ring, is considerably older than the wedding band. It symbolizes the promise of a future together and is sealed with the giving and acceptance of the ring.

~ The rings earliest form was probably when marriage was by capture and it was customary to secure the bride's wrists and ankles. When restraint became more symbolical than physical, a ring woven of sweet grass was given to her.

~ The giving of Engagement Rings made of platinum, silver, gold and diamonds began in 15th century Rome, where a man gave his beloved something valuable as a sign of his desire to marry her. If she accepted his gift, it signified their pledge to be married and was a legally binding transaction. When she wore his ring, it signified to all that she was no longer available for courtship.

~ In 860 A.D., Pope Nicholas I decreed that an engagement ring become a required statement of nuptial intent. He insisted that engagement rings be made of gold which signified a financial sacrifice on the part of the prospective husband

"Monday is for health,

Wednesday best of all.

but Saturday, no luck at all.".

"Marry in Lent, live to Repent." (Lent was a time for abstinence.)

"Married when the year is new, he'll be loving, kind and true.

When February birds do mate, you wed nor dread your fate.

If you wed when March winds blow, joy and sorrow both you'll know.

Marry in April when you can, joy for Maiden and for Man.

Marry in the month of May, and you'll surely rue the day.

Marry when June roses grow, over land and sea you will go.

Those who in July do wed, must labor for their daily bread.

Whoever wed in August be, many a change is sure to see.

Marry in September's shrine, your living will be rich and fine.

If in October you do marry, love will come but riches tarry.

If you wed in bleak November, only joys will come, remember.

Ancient Romans believed May was an unlucky month to marry because this is the month of the "Feast of the Dead."

Why was June traditionally the most popular for weddings?

~ During the 15th and 16th centuries, May was the month in which the "annual bath" occurred. As such, the people still smelled relatively fresh in June, making it a good time to hold a special event like a wedding!

~ Furthermore, the month of June is named after the goddess Juno, who was the Roman counterpart to Hera, the goddess of the hearth and home and patron of wives. 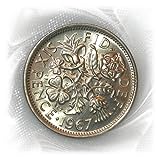 Something Old, Something New.....

This rhyme originated during Victorian times and is still commonly practiced for good luck.

~ Traditionally, the "old" would have been the garter of a happily married woman, with the thought being that her good fortune would be passed down along with it.

~ The "old" also signifies the hope that the couple's friends will stay with them.

~ The "old" also symbolizes the bride's connection to her past - a sense of family, continuity and tradition.

~ Optimism and Hope for the future.

~ "Something "borrowed" is usually a much valued item from the bride's family or a dear friend.

~ Something "borrowed" also reminds the bride that family and friends will always be there for her.

~ If you "borrow" something from a happily married friend or family member it is a wish for your married life to mirror their happiness (So Choose Carefully!).

* Just remember - The borrowed item must be returned to ensure good fortune.

~ The Color Blue represents faithfulness, fidelity and constancy. It is also considered a lucky color in Ireland.

~ In early Biblical times, blue not white symbolized purity. Both the bride and groom usually wore a band of blue material around the bottom of their wedding attire, hence the wedding tradition of "something blue".

A Sixpence in Your Shoe

~ A sixpence is a symbol of good luck. (Can Be Substituted With A Dime)

~ A silver sixpence in the bride's shoe is to ensure wealth in the couple's life.

~ It also symbolizes the promise of a lifetime of joy, good health, happiness, and wedded bliss for the newlyweds.

~ In 17th century England, the sixpence was part of the bride's dowry gift to the groom.

"Married in White, you have chosen right

Married in Grey, you will go far away,

Married in Black, you will wish yourself back,

Married in Red, you will wish yourself dead,

Married in Green, ashamed to be seen,

Married in Blue, you will always be true,

Married in Pearl, you will live in a whirl,

Married in Yellow, ashamed of your fellow,

Married in Brown, you will live in the town,

Married in Pink, your spirit will sink."

~ Since the early Romans, white has symbolized a joyful celebration. A white gown also symbolizes purity.

~ It was also thought that the white wedding gown also served to ward off evil spirits. Omens, evil spirits and good luck talismen were always a part of the ancients wedding traditions.

~ It was once said that the bride should never make her own dress and should wait to have the last stitch sewn until just before she entered the church.

~ It was also a popular tradition that the bride should not try on her complete wedding outfit before the wedding day or, it was felt, she would be "counting her chickens before they hatched."

~ The tradition for the bride to wear white as a symbol of the bride's purity and her worthiness to her groom began in the the 16th century.

~ Traditional bows, or love knots, which resemble a number eight on its side, originated in the late 1500's. The sideways eight, is also the sign for infinity. In years past, brides wore dresses covered with love knots and after the wedding, guests would snip them off as souvenirs.

The tradition of the Wedding Cake has ancient roots. The Wedding Cake was originally lots of little wheat cakes that were broken over the Bride's head to bring good luck and fertility. Every guest then ate a crumb to ensure good luck.

~ The 3-tiered cake is believed to have been inspired by the spire of Saint Bride's Church in London, England .

~ According to one long-forgotten tradition, the bottom layer of a wedding cake represents the couple as a family, and the top layer represents them as a pair. Each layer in between, represents a child you hope to have.

~ The top layer of the wedding cake is customarily taken home and frozen by the bride and groom. They share it in celebration of their first anniversary. It is believed that a cake that lasts a year is the guarantee of a long marriage.

~ One custom in England involved throwing a plate with a piece of cake out the window as the bride entered her father's home after the wedding. If the plate remained unbroken upon landing, the bride was destined to be unhappy. If the plate broke, as it usually did, she was sure to be happy.

~ England also has the tradition of placing a ring in the wedding cake. The guests were invited to cut themselves slices of cake and the one who finds the ring is said to be ensured happiness for a year.

~ Cutting the wedding cake together, symbolizes the couple's unity, a shared future, and their life together as one. The groom traditionally places his hand over the bride's hand as a symbol of his desire to take care of her... plus, it is good luck if the bride's hand is the first to cut the cake.

~ The bride and groom feed each other a taste of cake to symbolize the sharing of life's bounty.

~ Some say that, if a child under five steals a taste of frosting before the first cut, their first born will be the same sex as that child. 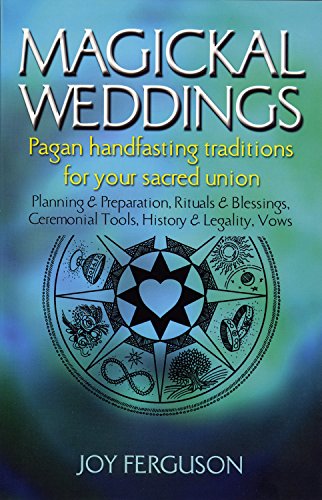 Loud Noises and Decorating the Car

Traditionally, a variety of noisy tin cans or old shoes were tied to the back of the couple's carriage to scare away evil spirits.

~ Excessive noise such as bells, horns, cheers, and fireworks were also sounded to keep the evil spirits away.

~ Loyal friends of the couple would often play pranks on the newlyweds in the hope that any lurking evil spirits would leave the couple alone, since the couple had already been picked on.

Your Thoughts and Ideas on These Customs? - Or Were You Superstitious On Your Wedding Day?