Communication: Why Do We Hate Asking In Relationships?

Once done freely in the past...Now you have to ask...

It seems that whenever a couple is having problems the old cliché “Communication is the key” is bantered around as the solution.

Commonsense also dictates that if you want something you should ask for it.

John and Amy have been married for five years.

When John comes home from work he says hello to Amy while sifting through the mail, afterwards he goes upstairs to change his clothes and heads out to the gym.

Early on in their relationship John would come home and the first thing he would do was hug and kiss Amy. They use to spend time with each other after work talking about their day, laughing about things, cooking dinner together, and cleaning up the kitchen together.

She told him she misses him greeting her with a kiss and a hug.

The very next day John arrives home, he gives Amy a short hug, a quick dry kiss as he headed towards the mail. Amy is not happy.

She wants to go back to the "beginning" as in my previous post.

Why do we hate asking In Relationships?

A part of us is upset because we feel we shouldn’t have to ask for things that were once given to us freely. When your mate gives you exactly what you asked for often times there's a sour taste of resentment in your mouth.

There is a scene in the movie “The Break-Up” where Jennifer Aniston is arguing with Vince Vaughn over household chores.

She says, “I want you to want to do the dishes!”

You know you’re being appeased by your mate not because it was something they desired to do but simply because you asked them to do it.

In many ways it’s a no win situation.

If you ask for something and get it you’re unhappy because it wasn’t “their idea”.

If you ask for something and don't get it that's a whole new issue.

Basically there are there are two reasons why your mate would not give you something you have asked for multiple times.

2. They don't feel you're worth the effort to give it to.

If you're not getting what you want you have a major decision to make.

2. If it's not a "deal breaker" learn to accept things as they are.

Beating your head against the wall while trying to change water into wine will only lead to frustration on your part and resentment on the part of your mate.

People change when they want to change.

A Negative Connotation Is Associated with the word “Communication”

Whenever someone says, “We need to talk” or “We have a communication problem”. Generally speaking when one hears statements along these lines we anticipate the conversation will contain some type of (complaint), something (negative), or an (uncomfortable) subject matter.

Ironically we're communicating all day long at work, on the phone, and via email.

Therefore inherently we know the act of "communicating" is not a bad thing at all.

The difference in those situations is we do not feel the need to "announce" that we have something to say.

It's the "formality" of scheduling a time to discuss something that turns most people off or puts them into a defensive mode.

The only thing worse for some people than having to ask for something is being asked.

No one enjoys hearing the gravity that comes with the words "Can we talk?"

The next time you have something to discuss with your mate simply wait for the appropriate time, (Be considerate) and say what's on your mind!

There's no need to set things up with an agenda complete with a PowerPoint presentation. 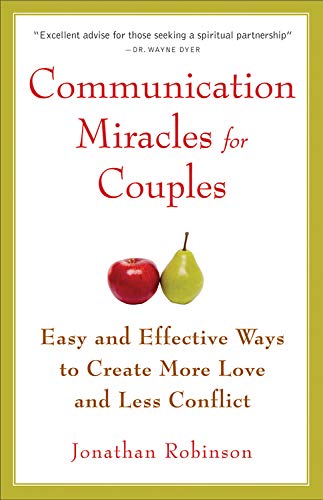