Weighing of the Soul: The Theory of 21 Grams

Weight Of The Soul 21 Grams

What is the 21 Gram Theory

The 21 gram theory is a based on experiment conducted by Dr. Duncan MacDougall which toke place in Massachusetts between 1901- 1906. Dr. Duncan MacDougall believed that a human soul was made of mass and therefore it could be weighed. In order to prove his theory. The docter weighed six dying patients before, during and after death. This was done with a specialized hospital bed that had fairbanks weight system atached to it. And this is what happen.

"Suddenly, coincident with death, the beam end dropped with an audible stroke hitting against the lower limiting bar and remaining there with no rebound. The loss was ascertained to be three-fourths of an ounce."
---Dr. Duncan MacDougall

" The instant life ceased the opposite scale pan fell with a suddenness that was astonishing – as if something had been suddenly lifted from the body. Immediately all the usual deductions were made for physical loss of weight, and it was discovered that there was still a full ounce of weight unaccounted for”.
---Dr. Duncan MacDougall

"I believe that in this case, that of a phlegmatic man slow of thought and action, that the soul remained suspended in the body after death, during the minute that elapsed before its freedom. There is no other way of accounting for it, and it is what might be expected to happen in a man of the subject’s temperament."
---Dr. Duncan MacDougall

Belief of the Soul

Is the 21 Gram Theory True

In 1901-1906 the medical equipment to determine when the patients were dead had not been developed. All that Dr. Duncan MacDougall had to ceuse was a stethoscope that he lay on the chest to hear when the heart stop. This is hardly something that is reliable enough to say for sure when the exact time of death was.

Then there is the question of the weight loss being 21 grams. In his notes. He wrote that two of the patients lost weight after death but also kept on losing more weight long after they had died. One of the patients gained weight at death before he lost his weight. And another thing about the weight is this. It was the doctor who made the bed with the Fairbanks scale. How do we know how accurate it was. Dr. Duncan MacDougall was not a engineer.

Also only four dying patients result were used out of the six he did the experiment on. This is hardly enough data to support the theory. Science will do a experiment over and over again to prove a theory and each time the tests must turn out the same. Dr. Duncan MacDougall would always say more tests of this kind needed to be done.

Tests of this kind using dying patients was never allowed to be used again. It was considered to be unethical and inhumane. 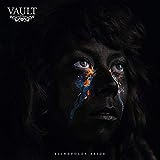 Dr. Duncan MacDougall graduated from Harvard Medical school he became a doctor and practiced medicine as a family physician in Fairville, Massachusetts. In 1907 he published his experiment of the 21 gram theory in medical journal magazine. The experiment had made the front page in the New York Daily News. It gave him some short lived fame. It was soon however criticized by the medical community and denounced.

He did another experiment on dogs. None had lost any weight. He would always would say this was because dogs do not have a soul only humans beings do.

He then went on to do more research on trying to prove the existence of the soul in experiments using xrays. However nothing was ever published,

The doctor died in 1917 just ten years after his experiment

Even though his theory is not been proved scientifically.. It has taken a life of its own in the media in movies, shows and books.

It was a pretty place to die. The mansion on Blue Hill Avenue was the showpiece of the Dorchester, Massachusetts estate known as Grove Hall. Four stories tall, with a porticoed porch and cliques of indolent shade trees, the mansion had been home to T.K. Jones, a wealthy merchant in the China trade. In 1864, it was bought by a physician-cum-faith-healer named Charles Cullis, who turned it into the Consumptives' Home — a charitable operation for late-stage tuberculosis (a.k.a. consumption) patients. With the discovery of antibiotics 60 years off, prayer was as useful a treatment as any then on offer. TB patients were routinely packed off to sanitariums, ostensibly to partake of rest "cures," but mainly to keep them from spreading the disease.

Had you been visiting the Consumptives' Home in April 1901, you might have been witness to a curious undertaking. A plump, meek-looking man of 34, wearing wireframe glasses and not as much hair as he once did, was stooped over the platform of an ornate Fairbanks scale, customizing the device with wooden supports and what appeared to be an army-style cot. The scale was an oversized commercial model, for weighing silk — no doubt a holdover from Jones's mercantile days.

Clearly something unorthodox was afoot. Though weight loss was a universal undertaking at the Consumptives' Home, no one needed a commercial scale to track it.

The man with the hammer was Duncan Macdougall, a respected surgeon and physician who lived in a mansion of his own, in nearby Haverhill. Macdougall was acquainted with the Consumptives' Home's attending physician, but he himself was rnot on staff. Nor was he treating any of the patients, or even praying for them. Quite the opposite; Macdougall was literally — perhaps even a little eagerly — waiting for them to die.

A Soul's Weight By Mary Roach

A Soul's Weight By Mary Roach

Do You Believe in the Soul

Do you think humans have a soul?