A Discussion With Manatita on Spiritual Philosophy - Part 11

Sean is a teacher who is writing about his spiritual adventures to help other people find balance and self-respect.

God wants to express Himself in each individual in a unique way. When we become consciously and fully one with God, we not only fulfil Him but we also fulfil ourselves.

Ioannis: Oh! Superb information! My Brother, I don't know if it takes us away from the basics, but I know that is a meaningful answer for me! It answers many queries and thoughts I had, it explains many things. Thank you so much!

Now I can understand what my beloved wife is for me! Ha! Ha!

Really, when I saw her first time when we were about 11 years old - I remember this moment, so vivid, until now 40 years later - I knew that we belong together! The last 34 years we walk hand in hand the Spiritual Path, and she was the one who helped me out of the darkness when I fell off.

She and Jesus were my Saviours, helping me to become the happy man I am today. So, yes, you gave me a great gift with your answer, because you strengthen my belief - and I have more evidence for this, but here is not the place nor the time - that we were and we will be together channels of His Light!

I want your help with another phrase - I think you have told it too - that is a little tricky to me:

"Speak the truth but never tell a cruel truth."

Manatita: William Blake, in his Auguries of Innocence, says:

Beats all the lies that you invent."

Sri Ramakrishna says to tell the Truth, but never tell a cruel truth.

Guruji gives an example of one man with a gun chasing another.

The victim rushes into your house for safety, and the pursuer passes by some minutes later. He asks you if you have seen so and so.

Do you say that the victim is in your house? If so, he will probably kill you both and your family as well.

Wisdom is always necessary in spiritual life. One of my Flash Fictions is called The Tragedy of The Telephone Call.

A woman told her friend that his wife was unfaithful. So he came home early from work and found them together in bed.

He killed them both; then killed himself also. The woman who told him the truth could not live with three deaths on her conscience and killed herself.

So all words have consequences, let alone the malicious ones. Have you seen the pictures of the three wise monkeys? See no evil; hear no evil; speak no evil.

So, by all means, tell the truth. But think before you speak. Ask yourself if telling the truth would hurt you badly or hurt others as well.

Better still, ask yourself if it is something that will haunt your conscience. There are those who would harm their partners straight away, if they knew that the baby was not their own.

Why would they wish to speak and be sent to the other world? It may not serve God's purpose.

Ioannis: Yes, I agree, and now I remember a relevant story I had read:

A yogi was sitting in a forest, and he was meditating. Suddenly, through the trees appeared a young deer, it stopped for a moment in front of the yogi and looked him into the eyes, and then it ran away. After a while, a hunter appeared from the direction which the deer had come. He asked the yogi "did you see a deer passing by?"

The yogi replied, "My eyes have seen, but they can't speak, my tongue can speak, but it hasn't seen."

So wise! The Yogi spoke the truth, but he let Love to guide his words!

This is the Spiritual way; Love must be the master of Truth!

Speaking of master let me ask you:

How pivotal is the presence of a Master in a life of a seeker for his or her progress?

Manatita: The Master’s Grace or initiation is paramount or crucial! To travel the spiritual Path without one, can be done and has been done, but is potentially dangerous.

It is a bit like travelling the ocean in a raft or crossing lanes on a motorway. The Master is a private tutor who has travelled the route before and knows all the pitfalls and difficulties.

We take help from kindergarten, high school, college and university and the spiritual life is much more arduous.

Guruji teaches that the Spiritual Master can speed up the progress of the disciple, by about 10 to 20 incarnations and even more. He or she houses spiritual power from God and can help in myriad ways!

The Guru teaches the inward journey, usually in quiet ways, so one can be transformed without realizing that one has done so. He takes our darkness, dispels it and in turn fills our vessels with Light. All real Masters teach Spirituality in Silence.

My friend Jogyata did not believe this initially, but found himself making progress so rapidly that he finally accepted the idea. So the inner help that the Master gives is tremendous. Listen to Jogyata's eloquent videos online.

Without the Guru, the disciple may doubt his experiences ... be uncertain about inner realities and the Guru can help with this.

The Guru accepts omnipotence from God and feeds the disciple, in perfect harmony with the soul's need. Grace can be and is imparted directly by the Master, at the express command from God.

In my book “My Guru Sri Chinmoy: Life and Teachings”, in the Chapter called Discipleship, I explain some of the things the Guru does for the disciple. Available on Amazon.

Some Gurus are alive and some help from the inner or higher region. A real Guru is a birthless and deathless Advocate of the Supreme. He elevates the evolution of mankind significantly, whenever he descends to earth.

It has been said that if God is the cow, then the Guru is the milk that feeds the hungry aspiring disciples. When the student is ready or crying at the feet of God, the Master generally appears.

Ioannis: In your book “My Guru Sri Chinmoy: Life and Teachings” which I have read and I found it so enlightening and helpful - so without reservation, I recommend it to all seekers of the Spiritual Path (you can find a link to the book on Amazon at the end of the text) - on page 63, I read:

"Indeed Eastern philosophy teaches that for realization of the Self, three things are necessary: The human birth, an intense yearning to Realize God, and the living presence of the right Spiritual Teacher."

All seekers have the first, enough have the second, but the third looks like a real problem for most. An obvious question for a seeker is:

What is the chance to find a living Spiritual Teacher who, at the same time, will be the right one for me?

In your previous answer you said:

"Some Gurus are alive and some help from the inner or higher region."

Does it mean that someone could become a disciple of Sri Chinmoy today, while he has never met him in person?

We have many in fact that never saw Guru. Their stories are incredible, and they are very dynamic.

Guruji himself used to say some of those coming after his passing, will be very advanced. Every celebration in NY (I will leave on the 15th), long-term and new disciples tell of their experiences.

Some of the new disciple stories are incredible! We have about four here in London, and they are all amazing!

How do you become a disciple? Aspiration or longing is necessary. Plus most spiritual people say that when the disciple is ready, the Master will come. Guruji adds that sometimes the child is hungry but unable to go to the mother. So the mother comes instead.

In Sri Chinmoy's teachings, the real God-realized Souls have free access to both the higher and lower worlds. They can help via dreams and visions and even in person. Meaning that they can take their own form or that of another as is necessary.

You will know them by their purity; the power of their writings and their simple and exemplary lives. Perhaps you may even be inspired by one of their disciples!

A sincere spiritual figure won't point you at an early realization. He will not ask you to be attached to him but to be devoted to God ... to your true Higher Self. They also teach in Silence.

One will feel a power and peace in their presence, and they will definitely see God in you and all creation. They do not encourage separation or boxes and speak only of the Absolute, who is the Guru. My Guru, your Guru and everyone's Guru.

Nevertheless, they act as Advocates or intermediaries for God. You might say that God is Greece and the Master is the link or bridge ... the Secretary, carrying us across the bridge to God (Greece).

True initiation takes place in Silence. It is not a mental thing but a spiritual flowering from within, between the Master's Grace and the individual soul. Only those who consciously embody God can do this.

To be continued to the last part… 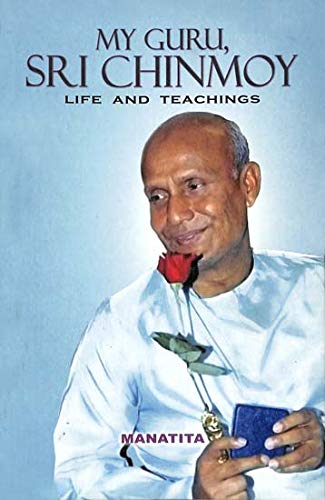 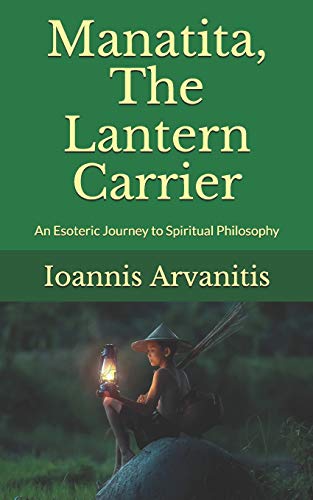