A Witch Who Cannot Hex, Cannot Heal: One Wiccan's Perspective on this Controversial Claim

A common hotly-debated philosophy among Witches is, "A Witch who cannot hex, cannot heal." The debate is especially true of the Wiccan Witch community, in which our religious ethics dictate what appears (on the surface, at least) to be clear directives about our behavior and intents when working magic.

Some people get very defensive about this, arguing that hexing is never necessary, and certainly not a requirement to study magic. They invoke the Threefold Law* and the Wiccan Rede* as evidence that we couldn't possibly resort to "dark magic." I think so many Witches—particularly Wiccan Witches—are so afraid of being associated with "evil" that talking about hexing or cursing causes a knee-jerk reaction in protest.

I agree with the idea that if you can't hex, you can't heal; though I don't think it means effective spell casting requires malevolence or unethical behavior. Allow me to explain.

We are all too often are conditioned to think of magic as divided into "good" or "evil." Many use the terms "black" and "white" magic, which have gotten too tangled up in history as euphemisms for evil and good forces, respectively. These terms imply that magic comes from one of two sources: helpful, or harmful. I don't see magic as being from a force of good or evil, but nature. I believe it's neutral—like fire, like electricity, like heat—it's energy, and has no alignment of its own. It's simply a resource to tap.

Rather than calling magic good/white or evil/bad, which perpetuates this notion that magic is either from gods or devils, I started searching for different terms that I felt were more applicable. At first, I used the terms "positive" and "negative"—which, to me, was more like the different charges of a battery. Even though it's applicable, it seems the word "negative" is too tied with negative connotations to be effective here.

Rather than being separate, or from separate sources, they are two sides of the same coin. Neither one of them are inherently benevolent or malevolent. Both can be used to help or to harm. 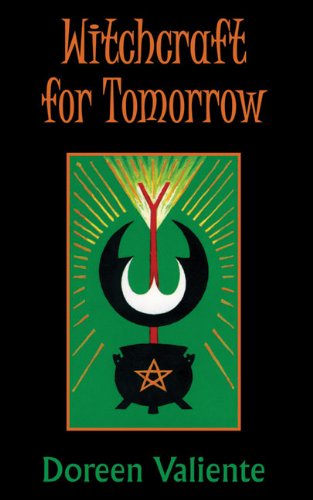 Witchcraft for Tomorrow
Valiente was such an influential figure in Wicca/Witchcraft of the 20th century, but her perspective might surprise a lot of Wiccans who came to our faith post-1990.
Buy Now

The word 'hex' often has negative connotations. The word dates back to the early 1800's and simply meant "doing Witchcraft on someone." It didn't make any distinctions between good or bad magic. As Witchcraft was largely associated with malevolent magic at the time, the word took on negative connotations. Cursing is often seen like hexing—it's associated with evil intentions. But if you look at hexing and/or cursing as means of destructive magic, you can see that you can use them for good as well as for bad.

After all, destruction isn't always automatically bad, is it? Is it bad to destroy an old, crumbling, dangerous building to make way for a new one? Is it wrong to destroy the cancer cells running around in someone's body? Is it wrong to thwart the efforts of someone trying to harm you, and act in self-defense? And let's not forget one of the most valuable uses of hexing or cursing: breaking other hexes and curses! Without studying magic completely, it leaves people totally defenseless against those who would use magic for dark, evil, unethical, and immoral reasons—you cannot effectively fight what you don't understand.

The notion that if you can’t hex you can’t heal does not say to me that I must go out and perform some kind of spells on people with mal-intent. I don’t have to hurt anyone to learn hexing and destructive magic, just like learning to defend yourself in karate doesn't mean you must hurt someone.

Someone who refuses to learn to work with destructive magic will have an incomplete base of knowledge and experience. This would be like a doctor who only wants to study preventative medicine, but did not want to learn how to cure and treat diseases. It’s like a police officer who only wanted to learn how to save and rescue people in trouble, but did not want to learn how to fight or defend against criminals. People who are afraid to explore the darker and more destructive forces of magic are, in my opinion, imbalanced, and thus less effective.

The creative force of magic, as we've seen, can be just as dangerous if someone would choose to misuse it. Likewise, destructive magic doesn't necessarily need to be harnessed for ill intent; it can also be used for beneficial purposes.

Whether you’re using magic for good intent or bad intent, it all operates on the same principles. If you want to learn it properly you need to learn it thoroughly. How you use it then is based on your own choices. Learning it through and through is not going to make you an evil Witch, it’s going to make you a better Witch. Whether you’re a good person or a bad person will depend on what you choose to do with it.