A Brief History of Spain - Part One

Where we meet in unity and faith...

My first trip through Spain was in 1972, I was driving to Marrakesh following the trail of James Mitcheners book 'The Drifters'.

I had just lost my stock from a boutique I had owned in London, and things were pretty bad one way or another in most areas of my life.

My long term girlfriend had been to Bermuda and had an affair, a girl we shared a flat with was pregnant with my child, thankfully her boyfriend knew nothing... (she aborted the child), another girlfriend had dumped me (sensible girl)when she found out about the second girlfriend.... so when my shop got burgled, I did what any immature selfish and irresponsible 21 year old lad would do in the circumstances.....

I took off the Morocco with my best friend.

Trouble was he admitted he was homosexual over dinner in Granada.

I was outraged, not that he was a homosexual, that did not affect me, but that he had not told me earlier in our friendship, that illustrated a lack of trust.

Leaving England in a 1963 Morris Minor was my first trip abroad.

We went well prepared; having twenty one British pounds in our kitty between us (about $50 at that time) and a length of tubing to syphon petrol (which was ridiculously cheap anyway, but not as cheap as stealing it).

France looked like it had not recovered from the war, and everything looked dreary and .....French.

Food was cheap in the markets, and we stopped by rivers and ate crusty french baguettes with wonderful cheeses and cut sausages, never seen before, washed down with cheap but superb red wine.

We traversed Spain from top to bottom, completely unaware that Basque nationalism even existed, I was scared witless by this strange country where, once we crossed the Pyrenees, we entered a land of sudden road blocks with Guardia holding very serious machine guns aimed at your car.

The frequency of these rod blocks decreased in direct proportion to our distance from the border, and as we headed south Spain unfolded before us.

In those days there were simply no motorways, we only got fast wide three carriageway roads when we started milking the European Union cow, so at that time travel was as slow as the truck you got stuck behind.

The trucks were diesel smoking death traps, all painted French blue and sporting a plethora of illumination in an attempt to survive night driving.

Treacherous roads, with drivers who started drinking Anis with their breakfast and carried on to a bottle of wine with their lunch and brandy at every coffee stop, made driving interesting and slow if you wanted to survive.

The normal 'desayuno' (breakfast) of peasant bread liberally doused in olive oil, garlic, salt and fresh crushed tomatoes, seemed horrendous at the time, although over the years it has become a favourite of mine whenever we travel.

Play this while you read...

Slowly Spain lay out a canvas of colour and smells that both enticed and amazed in their texture and abundance.

Madrid was a complete shock.

Growing up in classrooms that still had large maps of the world coloured red on the walls, and having a 'gungho' nationalism taught to you at a young age (only to have our masters attempt to strip it from us as we passed from Empire to socialist paradise) did not prepare me for the splendour of Madrid, which equalled the majesty of London and Paris.

Paris I had expected to be relatively civilised, after all it was near enough to London to still be considered part of the modern world, but Madrid, in Spain!

Conceptually it had never occurred to me that a country of such primitive background could produce such magnificence.

Having no spare cash whatsoever, even a short break at a sidewalk café was out of the question, so we motored onward towards our goal and left the lofty heights of Madrid (it sits on a plateau looking down on the rest of Spain) and found the vast plains that stretch out towards the south.

Andalucia, when we finally entered that magical kingdom, was astounding.

I stopped on the road for a rest and looked down the mountain I was transversing, to see a village of miniture houses nested below my vantage point. The height I was looking down from was beyond anything I had ever seen in flat England, and then I looked up and saw the same distance above me, a mountain seemingly soaring towards heaven.

My complete insignificance was apparent immediately surrounded by such God given majesty.

Descending down to the coastal plain that makes up the Costa del Sol, was a slow process behind the ubiquious blue trucks that jammed the roads.

But broke or not, nobody should pass Granada without seeing the Alhambra Palace, built by the Moors during their extensive stay in Andalusia, and showing a culture that was enlightened and cultivated when we Brits were still experiencing the Dark Ages.

As mountain gave way to plain I saw Torremolinos for the first time, a line of tower blocks that seemed to have been dropped like a stick of bombs from some gigantic bomber wing.

Here was my first place of pilgrimage to The Drifters, here was the location of Bar los Alamos so central to the story.

I never found it. It existed, indeed at that point in time it would have been open for me to find, but I spoke no Spanish and anyway no Spaniard would have read The Drifters in those days, so asking directions would have produce either a swift '¿que?' or a rapid stream of rhetoric unintelligible to me.

Seven years later I was in Spain each weekend, flying hapless buyers from the UK on weekend inspection flights, and I found the character that Mitchener based the owner of Bar los Alamos on, an American called Harry Hubert, who was if anything more exotic that the character created from his image.

Harry came from Huguenot stock that went to America when thrown out of France, growing up in Brooklyn NY, he joined the Marines in time for Korea, where a grenade gave him a free vasectomy, but left everything else functioning normally.

Harry had travelled to Spain in search of himself and found himself very fine indeed.

He opened a bar in Torremolinos (called Bar Central, not Los Alamos) and met Mitchener when he was researching The Drifters.

Harry became a firm friend, both due to his close association to a formative book for me, and the fact that he was probably the most laid back man I've ever met, with a wonderful humour and quick wit.

He showed me once the letter from Mitcheners publishers granting him Mitcheners blessing to change the name of the bar from Bar Central to Los Alamos, but warning him to buy the adjoining premises to allow for all the people who would seek it out.

I was one of those seekers who found an answer to my quest.

He died about 15 years ago now, and at his memorial service over 400 people turned up from all over the world, including a detachment of Marines from Rota base to do the honours with the folding of the flag. There was a very long an drunken wake held that night and the next day, based in Harry's Bar (his last bar, finally named for him) which had hand carved and decorated panneling done by some famous people, depicting bull brands of all the leading bull ranches.

Harry was an original Pamplona runner a la Hemingway, and every year runners from all over the world would congregate in Harry's Bar in Calle Medina, Fuengirola, to make the pilgrimage to Pamplona and the drunken days that entails.

When Harry died,  a whole period of history passed with him.

I miss him still.

Once more I've travelled across Spain without getting to mention the hubs supposed subject: Religion in Spain.... but I hope that's acceptable, because Spain IS different and in order to understand the current religious mix, you will need to know how it got here!

So, hopefully tomorrow I can finish the journey, or at least finish this journey....for Spain has many delights to unravel as you travel the highways, (and more significantly the byways)....and having reached some sort of destination, get down to writing the article on religion in Spain.

Maybe you will join me still, if my meandering through Spain has not discouraged you? 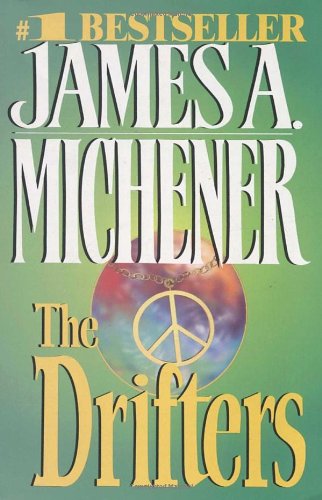