Come back to Allah

Everything that happens in our life is for a reason. Most of the pleasant or unpleasant things that happen is to bring us more and more closer to Allah. Blessed are those who learn their lessons from such incidents and change their life for good.

I am a standing witness to one such incident that took place in My life wherein my brother changed his way of looking at life and eventually came very close to Islam and Allah.

This relates back to the year 2000. It was second day of eid. All of us were very happy and enjoying ourselves. It had become a custom in our family that on every 2nd day of eid all the relatives got together at our house for dinner. After dinner and other activities such as giving and receiving eidi(gifts), It was almost midnight and everybody started to leave for their homes. My two brothers had gone downstairs to see them off. Our flat was on third floor. Our relatives car was outside the building. Our car was also parked outside the building gate. When my relatives got into their cars my brother went towards our car to bring it inside the building. Just when he was about to sit in the car, there was a car on the road moving with great speed and a police car following just after it. The policemen were firing in the air and everybody got panicked and people started screaming and rushing to hide here and there. There were burglars in the first car trying to escape after robbing people in a bungalow.

All of a sudden we heard our brother scream ahhhhhhhhhh!!!!!!!!! I have been shot ! A bullet fired by the police had hit on his leg. All our relatives and friends rushed towards him. I was upstairs with my mother and sister. We got worried by the chaos that was going on downstairs. We had no idea that it was our brother who was shot.

Just then one of my cousins came running towards us yelling “munna bhai has been shot” !. My mom almost fainted. I became all shaky and went totally blank. By the time we went downstairs people had already taken him to the hospital. The private hospital that he was taken to gave him basic treatment and referred him to another hospital. We then had to rush him to the other hospital which was an hours drive. All this time my brother was suffering with severe pain. When he reached the hospital in the emergency ward, he was given some pain killers and the doctors examined him and said that the bullet was not inside, it went through his leg making a hole and damaging the bone. Fortunately, his nerves were just fine. If the bullet had damaged the nerves then there was no other option but to cut off his leg and make him disabled rest of his life.

At home we all consoled my mum by saying that it was just a few scratches that he has got and that he is fine. My brother who was in severe pain and half unconscious was repeatedly saying “let me talk to mum, she must be worried !!”.

The doctors at the hospital advised us that he will have to undergo an operation to fix his bone. And soon he was shifted to another hospital in an ambulance. The next day he was operated and a steal rod was inserted in his leg to give support. Thankfully the operation was successful and it was only then that we took a sigh of relief !. He was shifted to ICU from operation theater. He was on the stretcher and we could hear him murmuring “ allah allah” . People say that when someone is in this state they only murmer what is in their hearts..and my brother was only taking allah’s name. mashallah !

After three very disturbing weeks my brother got discharged and was sent home. Eventually, things started getting normal. My brother was unable to walk. Doctors said that it take up to six months for him to get back on his legs. Until then he will have to be on his bed. He lost his job and discontinued his studies as he could not attend his evening college.

Sometimes his friends and cousins would visit him to give company and he started to spend his time reading books and watching TV. After few days he got bed sores due to lying on bed all the time. He was even unable to turn from one side to another. Taking bed pan to get freshen up was even more difficult. He was in so much pain but we never heard him complaining. He was quiet and handling things with much patience.

Weeks passed and different thoughts started cropping up in his mind. He was questioning himself that why did allah choose only him to go through this ordeal. What was his reason behind this. He thought again and again about the whole scenario, he thought about the other things that got damaged due to this accident. Then he recalled that It was his car tyre, his trousers and his shoes.

My brother though he was god fearing, was not a practicing muslim. He did not have much knowledge about islam. Just a couple of months before eid all cousins and friends got together and decided to play cards. At first they were playing without any incentive and then to have more fun they thought of playing with some coins. And it was not very long that they started play with currency notes. The other name for this kind of game is nothing but gambling. And guess who won all the money. Yes, it was my brother. At first he thought not to spend a penny from this amount and that he would give this in charity. Days passed and he became reluctant to give this money in charity and when he went for eid shopping, he was falling short and he had this money in his car and so he went to the car, picked the money and with it purchased a pair of shoes, trousers and had his car tyre changed. And guess what, these were the same items that were damaged in this incident

He then realized that allah did not like him to use money that came from haram (illegal) source. Allah wanted to guide him.

After this incident he made tauba asked allah for his forgiveness and thanked allah for guiding him and bringing him out from dark and also saving his life.

Now he is a practicing muslim, mashallah prays 5 times a day and spends most of his time in researching and studying and understanding Islam.

To conclude I can only say that allah has his own way to guide us and test us. May allah give us the ability to reasoning things that happen in our life and learn our lesson.

Please click on the ratings if you have liked this incident.

4.5 stars from 87 ratings of this incident if it has taught you a lesson of life 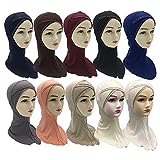