Ghost ships bring to mind vessels materializing from a fog shrouded ocean. These ships represent a number of mysterious possibilites:

Whether they be mysterious legends that have a long lost mote of truth and now exist as phantom ships that appear to warn of danger or death or mysterious apparitions forever repeating their last act on earth or be they empty floating vessels with crew mysteriously vanished into thin air leaving behind their last meal or last act unfinished or abandoned vessels with their crew present but dead, the agony of their last moments imprinted on their tortured faces, these ghost ships captivate us. Many tales of ghost ships circulate in print and through fireside stories. So, read on if you dare, and learn of the stories of four such vessels which have ignited the imaginations of many and put fear into the hearts of more.

Here comes the Flying Dutchman,comes fast through the hissing spray, And proceeding by the tempest he heads for Table Bay. With bird-like speed he's borne along before the howling blast, But he never can cast anchor there, for the Bay, alas, he's passed. - Traditional English Ballad¹

King George V recorded probably the most famous Royal Navy sighting in 1881 when he was a midshipman on H.M.S. Bacchante. In his diary, for July 11, he wrote "At four a.m., the Flying Dutchman crossed our bows." The lookout on the forecastle, and the officer of the watch, also saw the ghost ship off the port bow. Prince George described "... a strange red light, as of a phantom ship, all aglow in the midst of which light the mast, spars and sails of a brig two hundred yards distant stood out in strong relief as she came up."²

It has been the muse for writers, artists, screenwriters and composers for centuries. There is no other ship that enbodies the ghost ship image better than the Flying Dutchman. Where the legend arose, no one now remembers for sure but the story lives on and frightens sailors to this very day. Its legend continues to be embellished and supported by the numerous sightings of seamen of all kinds.

It is said that an ancient Dutch sailing ship is sometimes seen by crews battling storms while trying to traverse the Cape of Good Hope. Oddly or appropriately depending upon how you look at the story, the name the Flying Dutchman actually refers to the captain and not the ship which remains nameless in all versions of the legend.

Legend has it that the Flying Dutchman story involves an actual vessel from Amsterdam captained by a man called Van der Decken. He was headed for the East Indies in 1680 whereupon the ship encountered a terrible storm near the Cape of Good Hope. According to the story, Vanderdecken ignored the storm, the ship sank taking with it all men aboard. Vanderdecken is eternally punished, according to the legend, as he and his crew must forever fight the tempest at the Cape.

Other versions tell of a vicious crime instead and a crew and captain who are punished with a plague, unable to enter any port and thus doomed to sail forever. A German version of this legend has a Herr von Falkenberg as the captain who is damned and must remain on the crewless vessel playing dice with the Devil in exchange for his soul.

Sightings have occurred in the distant past and continue to the present day.

The Mary Celeste: An Unsolved Mystery from History
Buy Now

The Mary Celeste is an example of an empty floating vessel with the crew mysteriously vanished into thin air leaving behind their last meal. She began her career as the ship Amazon, a brigantine that was launched in 1861 at Spencer's Island, a village in Nova Scotia. Shortly after her maiden voyage began, her captain Robert McLellan died of pneumonia. Thus began her ominous existence and the notoriety which befell her under a different name.

After running aground during a fierce storm at Clace Bay, off the coast of Nova Scotia she was sold to an American buyer Richard Daines of New York and other investors including Captain Benjamin Spooner Briggs and was renamed the Mary Celeste.

Captain Briggs left for Genoa, Italy on November 5, 1872 carrying a load of commercial grade alcohol. His crew included his first mate Albert Richardson and six others. As well, his wife and two year old daughter were with him. The Dei Gratia, a Canadian vessel following a similar course, caught sight of the Celeste ten days later and began to follow her but noted she was not following a straight course. The captain, a long time friend of Briggs spotted her again on December 4 heading towards the Straight of Gibraltar, one month after she had left port and followed the Celeste for some time. As the crew of the Dei Gratia did not see any sign of crew or activity, they decided to board her and immediately they noticed a number of peculiar things:

To this day, no reasonable explanation has been found to explain their disappearances.

Interesting Tidbits about the Mary Celeste

Theories Explaining the Missing Crew of the Mary Celeste

Many theories abound as to the disappearance of the Mary Celeste:

Although the Octavius is considered by some to be more legend then fact, it is one of the most famous ghost ship stories. It is said that a sailing ship named The Octavius left London in 1761 with cargo it was transporting to China. Apparently, it was recorded as having reached its destination and then loaded up again with cargo for the return voyage. It has been suggested that the captain of the Octavius, during unusually warm weather, tried to return quickly to England from the Orient using the Northwest Passage which had never been attempted before and they got trapped in the ice. It was in 1775 that a whaling ship supposedly named the Herald found the ship floating off the coast of Greenland. Crew members boarded her and discovered the frozen solid bodies of every crew member. Legend states that the captain was still at his desk, pen in hand having just written a log entry from 1762, which stated that they had become locked in the Arctic ice. The state of the frozen captain and crew suggests that their demise had taken them unaware. The captain's log entry implies that they had been adrift for thirteen years before being discovered! How they got to Greenland from there is anyone's guess but perhaps in later years as the ice thawed they came unstuck and sailed to Greenland as a ghost ship manned by her crew of dead sailors. 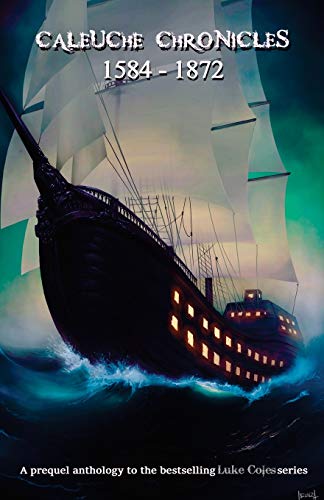 There is a legend in Chilota mythology, in southern Chile history of the ghost ship Caleuche. Apparently summoned by the spirits of those drowned at sea, the Caleuche appears every night near the island of Chiloe. Local legends suggest that the ship itself has consiousness and it sails the local waters carrying all souls lost. The Caleuche always appears brightly lit and accompanied by party music and the laughter of people. Its appearances are short-lived as the ship quickly disappears underwater again. There are three Chilota water spirits associated with this ghost ship, Sirena Chilota, Pincoya and Picoy. They resemble mermaids and summon souls lost at sea bringing them back to life so that once aboard the Caleuche they continue their lives warm and happy and in the company of others.

However, other more sinister notes creep into this legend. Apparently, kidnapped fishermen are dragged screaming aboard the vessel. They must live the rest of their lives in servitude to the Caleuche, performing ship duties and caring for the ever growing party of saved shipwrecked souls. Some say that the Caleuche, as a sentient being, has the power to control the minds of these captured fisherman, keeping the men hostage to perform its duties. Mysterious and andcient warlocks of Chilote legend are also able to board this vessel upon the backs of massive horses which gallop over the water. Although evil, these sorcerers are welcomed upon the ship. They do not interfere with the party goers but perhaps they too have a part to play in the servitude of the unlucky fishermen!

The Caleuche is a many layered legend and makes for a fascinating ghost story. It is seen by someone every night making it a mysterious and powerful vision indeed. One wonders as there is always some truth to most legends, where came the grain of truth from whence this legend sprung? Is it a symbolic story of life after death or is there something more sinister lurking within these sightings of the ghost ship Caleuche.

Sightings of Ghost Ships: Flying Dutchman, Mary Celeste, The Octavius and the Caleuche. 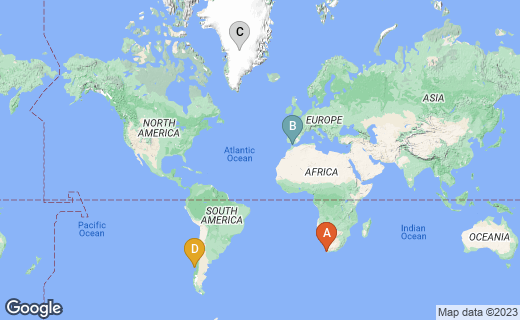 The apparition of the Flying Dutchman is often seen near the Cape of Good Hope.

The Octavius was found in 1775 floating off the coast of Greenland.

Home of the sighting of the ghost ship Caleuche!

JackMc. Ghost Ships of the World. The Flying Dutchman - seen all over but, mostly seen off the Cape of Good Hope, Africa.June 29, 2011

Williams, Captain David. Mary Celeste was Abandoned During a Seaquake. 1997