Shiva the God of Non-Duality

Shiva is often characterized as a god of paradoxes, encompassing both the manifest (saguna) and unmanifest (nirguna), male and female, the ascetic and erotic, and acts as the creator and destroyer. In this way he envelops all dichotomies, each of which can be traced to the contrast between his nirguna and saguna natures. These contradictory functions are well documented in the myths and iconography that involve the three-eyed lord. As Mahayogin and Umapati Shiva, he retains seemingly incongruous symbols and icons that indicate the infinity of his character. Thus, he is characterized as the basis of all reality, for he subsumes and pervades all dualities.

There are four main polarities Shiva encompasses in his myths and iconography. The first and most central dichotomy of Shiva is that between his nirguna and saguna natures. As Nirguna Brahman he is formless, boundless, unmanifest, and transcendent. The ardent Shaivist practitioner hopes to realize the identity of Atman (the Self) with this aspect of Shiva. However, this non-changing reality, unaccompanied by Shiva’s saguna nature, can give rise to nothing. Without his shakti, he is said to be like a corpse (sava). Therefore, Shiva manifests through his saguna nature, which is changing, active, has form, and constitutes the realm of samsara. Thus, he proudly claims, "I have two forms: the manifest and the unmanifest. No one else has these two forms" (Shiva Purana 9.30). This most basic paradox is best exemplified in the Shaivist account of creation, in which Shiva interrupts a fight between Visnu and Brahma by manifesting as a "huge column of fire..." (Siva Purana 7.12). This is Shiva in his nirguna form, and is honored through linga (a sacred symbol, often embodied by a phallic river-rock) worship. However, through this incorporeal appearance, Shiva emerges in "a visible form..." thus revealing his saguna nature and allowing himself to interact and affect external reality (Siva Purana 7.29). Thus, through this most fundamental contrast, it is understood that "Shiva is everything" and that he underlies the roles of all gods, even those as powerful and majestic as Visnu and Brahma.

The second paradox Shiva encompasses is that of male and female. He is a hermaphrodite and is said to have "divided his body into halves, one…male, the other female" (Danilou, Alain). Shiva is revealed in his Ardhanarinara (half male, half female) form to the god Brahma after he performs tapas (creating spiritual energy through special activity – prayer, meditation, devotion, etc.) and requests Shiva to allow him to create the female species, which would endow creation with the ability to procreate. Texts state that Sati (Shiva’s consort and female half) and Shiva are one and the same, for they “are united together like words and their meanings" (Siva Purana 25.69). This biological dualism hearkens to Shiva's nirguna and saguna aspects (as do all his dualities), for both Sati and Shiva are "possessed and devoid of attributes," and "are Brahman" yet still "are possessed of attributes" (Siva Purana 29.30, 29.33-4). In this way "the neutral, uncreative substratum [of reality]...divides itself into substance and energy, into a male and a female principle" (Danielou, Alain).

The final duality Shiva subsumes is that of the creator and destroyer. He unwillingly causes the universe to wane and begin to wink out of existence when Parvati playfully covers his eyes! To save creation Siva opens his third eye, bathing the universe in light and thus saves it (O’Flaherty, Siva, 223). Shiva's destructive and creative sides are also well characterized in the story of Kama, who tries to distract Shiva's meditation and is incinerated by his third eye as punishment. However, Shiva revives Kama when requested to do so by the other gods (O’Flaherty, Siva, 302). Shiva's destructive aspect correlates with his nirguna nature - not only is the universe assimilated back into Nirguna Shiva at the end of every cosmic cycle, but Shiva also destroys the ignorance of the spiritual practitioner, allowing him/her to realize the identity of Atman and Nirguna Brahman. Creation, then, is likened to Shiva's saguna nature, for it brings countless manifestations and forms into existence.

Shivan iconography (especially Shiva as Mahayogin and Umapati Siva) also displays the interplay between the various contradictory elements of Shiva's nature. The paradigmatic image of Mahayogin Shiva obviously emphasizes his ascetic, male, and nirguna roles. Numerous icons display his ascetic character, such as his topknot, the yogic position he is sitting in, and the naga curled around his neck (which represents the kundalini power that rises up to the head and brings enlightenment). Yet, he has various trappings, namely his trident, his damaru, and his upavati, which no renunciate would ever possess. These hint at his erotic/householder role. Also, his damaru signifies the union of the linga and the yoni, pointing to his erotic, creative, and androgynous natures. The bana linga specifically points to the male side of Shiva, however, lingas are often put to rest in the horizontal plane of the yoni, which signifies the female principle. Shiva's creative and erotic aspects are further emphasized by the candra on his head, signifying a chalice of Soma or semen. Ironically this resides right next to his third eye, symbolizing his destructive nature, which was used to burn Kama when he interrupted the Mahayogin's samadhi. As stated above, all these opposites coincide with Shiva's nirguna/saguna natures. The lone ascetic role relates to the nirguna aspect, yet he has form, trappings, and an anthropomorphic form (unlike the aniconic linga), which represent his saguna aspect. Other images emphasize other aspects of Shiva’s diverse character.

Shiva is, no doubt, a god of many dichotomies. He encompasses all - he is male and female, the creator and the destroyer, the householder and the renunciate, and is manifest yet formless. In this way, by playing both sides of every duality, the student and devotee of Shiva realizes he transcends all duality and is indeed Brahman in both his nirguna and saguna aspects. These conflicting dualities are exemplified not only in the myths surrounding Shiva, but also in the images that attempt to depict him. Ultimately, these stories and images attempt to wrap the human mind around the paradox of the infinite that cannot rightly be understood, but nevertheless apprehended, by the human being.

A Wonderful Introduction to the Mythology of Shiva

Short glimpse into the spirituality of India, with some footage of pilgrims and rituals at a Shaivite Temple

An excellent, but expensive, translation of the Shiva Puranas 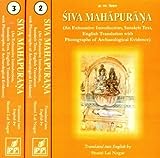 Probably one of the best resources on the paradoxes of Shiva 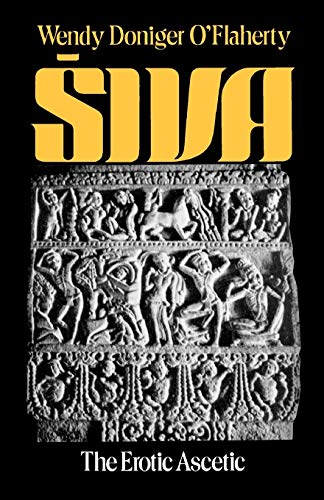