If you do an online search of the terms “Christian” and “hypocrite,” a lot of posts come up that berate all Christians as being hypocrites. What exactly is a hypocrite, anyways? In terms of being a Christian, it is pretending to live a godly life, but not actually doing practicing Biblical principles.

A hypocrite is defined as someone pretending to be someone they are not. Hypocrites will pretend to be your friends and criticize you behind your back. They want you to think that they are generous to the poor and unfortunate, but all they really care about is the positive attention and kudos they get when they help others. They hide under the appearance of being good, caring people while in reality, they are manipulating, controlling, and using others.

Some are con artists who use their masks as honest people to steal money from others. Hypocrites expect the best of everything, including the best seats in the house at banquets and special events. They want to delude themselves and others into believing that they are holier than thou to inflate their already-big egos.

These characteristics do not apply to people who are genuinely seeking to follow the Bible and follow Christ’s example of how to live a Christian life. One of the main principles of the Christian faith is that all people all sinners. They are weak and fail to live up to Christian standards. The apostle Paul said that he himself has good intentions, but fails to live up to them because of his human nature. Christians will sin no matter how hard they try – that is why Christ came to die for their sins.

A common misconception of Christians is that because they profess to follow Christ, they are supposed to be perfect in their Christian walk. They are automatically considered hypocrites when they fail and sin. This is not the case. They may be sincere in following the Christian life, but like all sinners, fall short. Christians who sin can repent and continue to strive to live a holy life.

Hypocrites, on the other hand, deliberately chose to pretend to be Christian and “good” people. They try to give a surface appearance of goodness to cover their own selfish desires. Jesus sharply condemned hypocrisy as practiced by the leading religious leaders of his time, the Pharisees, and the teachers of the law. He warned His followers not to follow their example (Matthew 16:11-12).

Jesus did associate with the Pharisees and even dined with them. Many leaders believed in Jesus but did not acknowledge Him because they were afraid that they would be put out of the synagogue (John 12:42). Jesus compared the Pharisees to a cup and dish that is clean on the outside, but are actually full of filthy greed and self-indulgence on the inside (Matthew 23-25). Jesus also compared the Pharisees to whitewashed tombs which look good on the outside but are full of bones and things that are unclean.

Differences between Christians and hypocrites

So, how do we tell the difference between hypocrites and real Christians? The Pharisees displayed a number of characteristics that Jesus identified as hypocritical.

Seek attention and the adoration of others: People who appear to be religious are often respected and admired in their communities. They have reputations for being generous and caring. The Jews of Jesus’s day had a high regard for the Pharisees and their leaders because they appeared holy on the outside. The Pharisees even dressed in a way designed to show off how religious they were, boldly wearing the symbols of their faith. Jesus, however, saw through the sham and instructed his followers not to follow the Pharisee’s example. 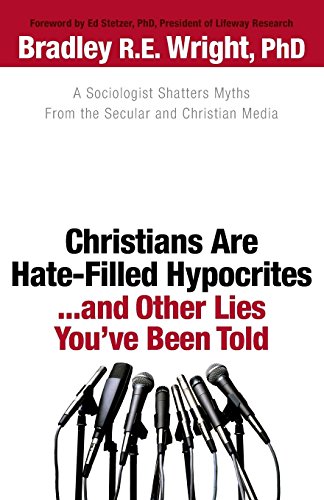 Christians Are HateFilled Hypocrites. . .and Other Lies You've Been Told: A Sociologist Shatters Myths From the Secular and Christian Media
Buy Now

Hypocrites want to be seen as good and righteous, and have people look up to them. Underneath this veneer, they are motivated by their need to gratify their egos and feed their pride. Jesus gave various examples of how they do this:

Christians are supposed to be motivated to live the Christian life out of a love of God and a love for others, not for personal gain.

Jesus instructs Christians to do good things such as giving to the needy, but says it should be done in secret. God rewards good deeds that are done where they are not seen (Matthew 6:5-6). Jesus also encouraged Christians to pray in secret as well, using the Lord's Prayer as a guide rather than using vain babble (Matthew 6:5- 14).

Expect the best of everything: The Pharisees expected the best seats at banquets and synagogues and the respectful greetings they got there (Matthew 23:6, Luke 11:43). Christians, on the other hand, are willing to sit at the back during events. They are humble enough to accept whatever comes their way with a spirit of thankfulness. It is much better to be at the back and be asked to come forward than it is to be up front and have someone tell them move to the back.

Want to control others: The Pharisees had their own ideas and what was right and wrong and decided to impose them on others. They made a big fuss when they saw that Jesus was not fasting when they did, or not practicing their rituals such as hand washing before eating.

They were incensed when the disciples took a few head of grain to eat on the Sabbath – a violation of their rules. The Pharisees were so outraged that by Jesus’ behavior that they sought to try to entrap Him with loaded questions on His view of the law and then plotted His death. Hypocrites can be really dangerous when they are crossed.

Are con artists in disguise: The Pharisees loved riches (Luke 16:13). This love drives some hypocrites to use their mask to con people out of their money. Unfortunately, in this day and age we have seen examples of evangelists and high profile Christian leaders using their status to collect money they claim is for God’s work, but are really for their own gain. Jesus said that we cannot serve two masters. We cannot serve both God and money. We will hate one and love the other (Luke 16:13). Jesus wants us to serve God.

The ability to see the difference

It can be hard to tell the difference between a hypocrite and a genuine Christian, but Jesus said that we can tell by looking at their fruits. Hypocrites are vain, full of pride, self-absorbed, self-righteous, control freaks, and in some cases, greedy con artists.

Christians, on the other hand, are humble and seek to serve God rather than man. They should not be branded as hypocrites when they sin. 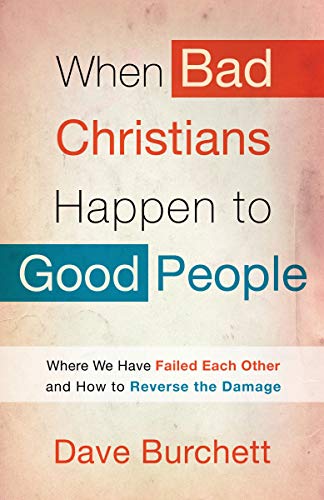 When Bad Christians Happen to Good People: Where We Have Failed Each Other and How to Reverse the Damage
Buy Now