With regard to “atheist boogeymen,” there are always two necessary questions: First, was the person actually an atheist? Second, did his supposed atheism motivate his atrocities? Unlike in the case of Adolf Hitler (who was demonstrably NOT an atheist), the question of Joseph Stalin's 'atheism' is not as cut and dried as some would have us believe.

If Stalin WERE an atheist, what is it about atheism that could have possibly provoked his evil? After all, there is no atheist dogma or doctrine (as there always is in religion). The apologist might argue that Stalin's (supposed) lack of belief simply removed any moral inhibitions and freed him from any fear of eventual retribution. But if this were true for Stalin, how does one explain away atheists who are benign and benevolent, or believers who are malicious? Is Stalin some sort of anomaly, whereby any de facto connection between his supposed 'atheism' and his evil is immediately invalidated? 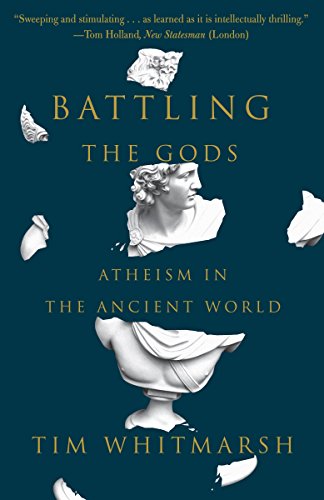 Battling the Gods: Atheism in the Ancient World
Buy Now 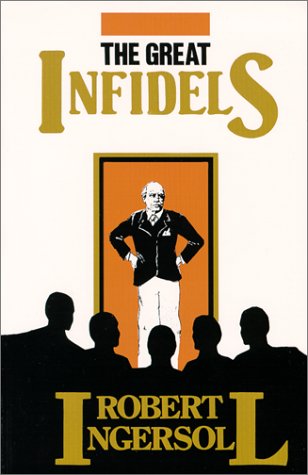 Apologists routinely assert that there IS an atheist “dogma” -- Communism (though they would be hard pressed to find anything in Marx's doctrine that dictates the killing of millions of proletarians!). But how integral is atheism to Communism? According to Marx, in the pursuit of Communism both religion and atheism are secondary concerns at best, and ultimately irrelevant.

From his “opium of the people” quote:

“...atheism as a denial of this unreality; has no longer any meaning, for atheism is a denial of God and tries to assert through this negation the existence of man; but socialism as such no longer needs this mediation...and communism is the position as the negation of the negation...”

In other words, true happiness can arise only when people abandon the ILLUSION of happiness (offered by religion) and set about improving their actual condition (through socialism). And Communism negates the need for atheism's affirmation of man's existence. So (according to Marx) if a regime IS “communist,” atheism is no longer a relevant aspect of the system, and therefore cannot be blamed for the atrocities committed by the regime -- at least not in any doctrinal sense.

Stalin clearly presided over a system that was officially hostile to religion, and apologists often note that he closed numerous churches and theological schools and persecuted priests. But in the wake of the 1941 German invasion he began reversing that policy, and churches were reopened. It's obvious to both skeptics and apologists that Stalin recognized religion's value to public war morale.

However, if we can make such a critical and clear-eyed assessment of this later reversal, we can make a similar (and equally valid) assessment of the original policy -- that it was merely political expediency and not some atheist vendetta. Indeed, a compelling argument can be made that Stalin's personal hostility was borne of religion's competition to his own cult of personality.

But was Stalin actually an atheist? In the end, the question must be decided upon the evidence. Unfortunately, there are no first-hand quotes from Stalin that confirm either belief or non-belief. In speeches and essays he occasionally used phrases like “God knows,” “God forbid” and “thank God,” but such colloquialisms are hardly conclusive (then again, if Stalin were as ideologically opposed to God as some claim, it follows that he would take greater care in avoiding such remarks).

There ARE more pointed references supporting either side of the argument, but they are all second-hand. For example, apologists frequently recite the famous quote from a young Stalin (in seminary school) who supposedly told a classmate: “...You know, they are fooling us, there is no God...”

There are other quotes attributed to a more mature Stalin that paint quite a different picture. In his World War II history volume, “The Hinge Of Fate,” Winston Churchill recounts how he explained Allied plans for the North African invasion, and Stalin reportedly replied, “...May God prosper this undertaking...” Later, when Churchill reaffirmed his own involvement in Britain's intervention in the Russian civil war, asking Stalin, “Have you forgiven me?” Stalin reportedly replied, “...all that is in the past, and the past belongs to God...”

Even more dramatic is the story told by a priest's son in Stalin's home village to Tina Egnatashvili, a Stalin family friend. From the documentary, “Stalin: Inside The Terror:

These quotes (along with others I, unfortunately, couldn't verify) strongly undermine the presumption that Joseph Stalin was an atheist, and that it was this supposed 'atheism' that motivated him to send millions to their doom.

While millions of deaths through starvation and privation can be blamed on the callous execution of incompetent and incohorent economic and social policies, the origin of Stalin's murders and purges are obviously more psychological than ideological. The only known professional analysis of Stalin occurred in 1927, when noted psychologist Vladimir Bekhterev concluded a personal examination with a one-word diagnosis -- “paranoiac.” Later professionals have offered second-hand diagnoses, adding schizophrenia, delirium, narcissism and megalomania to the mix. And psychopathy -- simply, the absense of empathy.

Ultimately, empathy -- NOT religion -- is the ONLY genuine foundation for human morality, and it seems utterly absent from most of Stalin's adult life, with obvious consequences. In the final analysis, while his paranoia and narcissism doubtless were the prime motivations for much of his murderous behavior, his psychopathy -- NOT atheism -- is the only reasonable explanation for the merciless cruelty with which he indulged them.

Other links of interest: