The Great Paradox...The Balance of Good and Evil...

Doing Good is the doing of Evil to Evil, which is Evil... HUH???

The people that believe in the balance of all things believe that evil must be done, in order for there to be good. That without the doing of evil things, good cannot exist. Not true...

By doing good things, being good people. We hurt Evil. Which is a good thing, but it is also hurting, which is a bad thing. In hurting only Evil, by doing only good, we balance good and evil.

So to keep goodness alive and well, it is not necessary to also do evil. It isn't necessary for some of us to sacrifice ourselves to evil to maintain a balance, so that in the big picture goodness will survive, exist, be.

The simple act of doing good hurts evil and in so doing is the balance that evil needs to exist. The creation of the entity Satan, is an illustration of the erroneous belief that some good people (or in this case some good angelic entities) must sacrifice themselves for the greater good. Must leave heaven and goodness and become evil and do bad things to keep evils opposite alive and well.

No sacrifice is needed, no one need leave goodness in order to save goodness.

Allowing evil to do evil is only evil, only this could result in the death of goodness. Stopping evil from doing evil is good and evil, because it hurts evil which is what evil needs because that is the nature of evil. Hurt evil and evil survives, do good and evil survives, which insures the survival of goodness. This is the message Jesus was trying to convey to us by telling us to turn the other cheek, do only good things, and we will all be all right. Even Satan can be good and not risk that goodness should cease to exist.

"Satan, the first and truest prodigal son, you may return home."

God is safe, and always has been.

God loves you as always and will hold even you, especially you in the depths of God's heart and embrace.

even when you didn't, even when we don't.

Understanding the concept of opposites, of being different.

I have often said that the only way every one of us living on Planet Earth are the same, is in that we are All Different, every last one of us. These differences I think can best be described using simple concepts understood by all, one such as temperature or perhaps shades of color.

I have found that the concept of temperature has been my best tool for bringing about an understanding of difficult complex concepts like why Evil must exist. Simply stating that evil must exist for goodness to be able to exist just goes right over (or under) most peoples understanding. Let me show you what I mean...

The Destruction of all things Evil

To destroy Evil, one must also destroy Goodness and be left with only the middle ground, the neutral center.

The neutral center ends up being what ever numerical value is halfway from either of the two extreme temperatures. To keep the math as simple as possible lets go with +100 as the hottest, 0 as the neutral center, and for the coldest lets use -100.

Destroying Evil is represented in our example by lowering the hottest temperature.

So lets say we do really well and we kill off 75% of Evil, which means the Hottest temperature now in existence would be 25, we didn't kill off anything on the side of Goodness so the maximum cold temperature of -100 remains .

Which might lead some to believe that evil can be destroyed without destroying goodness. Not true, because we still have an extreme high end a neutral middle and an extreme low end. Effectively we have changed 'what' the most vile act of evil is, but not destroyed Evil.

But the point is 'ultimate evil' still exists.

So we must do more, our goal once again is the eradication of 'all' Evil. Therefore we do really well one more time and kill off another 75% and the new highest temperature becomes -50.

Our new temperature equation becomes -100 : -75 : -50 . Again we have the same thing that we started out with, a coldest temperature : a neutral center : and a hottest temperature. In actuality we have changed nothing besides the level of evil, or the depths of the depravity of the evil that is still in existence just as before.

I think by now you probably see my point, the only way we can not have Evil is if Evil and Goodness are the same thing, effectively that there is in existence only one temperature where by our temperature equation becomes 0 : 0 : 0 ,(or -75 : -75 : -75) or whatever single 'number' we end up with.

*Truly even then there would be a left side to the number 0 and a right side and they would come to be Absolute Good and Ultimate Evil...a never ending story I'm afraid with the differences always becoming infinitely smaller and smaller like the 'Zeno's halves paradox' (one can never get from point A to point B because one must always travel halfway first, since there are infinite number of halves, there is always another 'half' to travel, therefore one never arrives at their destination.) 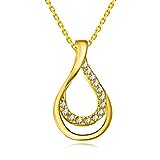 Now looking at this example from the opposite direction may help clarify the point a little better. By that I mean by doing only good we can make/keep evil (that must exist) powerless.

Our new temperature equation ends up being -600 : -250 : +100. ***To me the symbolism might be that anything above the original neutral center (0) might be deemed as "evil" while everything below it might be considered simply "naughty" or immoral.. or bad manners etc.

Ultimate evil still exists as before but has not grown in any way even though goodness has grown exponentially. Reducing evil and cultivating goodness, a third perspective of this example, would change our equation by reducing the numbers on both ends. The final numbers would be whatever they turn out to be, but they would still be the same in the respect that they would have an absolute goodness a neutral center and an ultimate evil. As God created it.

We do however live in a world that has very definite limits built in. Like a child's playpen, it contains only those things the "entity" in charge has decided to place within our reach. As we grow so does our reach and therefor so to the limits of good and evil.

That each relationship and indeed each person in or out of a relationship is unique, is I believe a commonly accepted belief.

Being unique makes us the same, which is the state of not being unique, which I am calling Mikel's Paradox.

Mikel's Paradox is the paradox of the existence of God as well, God the being that is both the Alpha and the Omega, Everything and Nothing, Good and Evil... Here, and yet, not...

I have written in other text that Truth at our human level of understanding is merely perception. The lowered level of ultimate evil that the good and evil concept illustrated sounds really good and in my humble opinion that would be true... If only...

The truth is we are the neutral center, the middle ground and all our observations come from that center. As such our perception is always from that point. I believe that is God's plan and God's way of protecting us from the extremes on both ends that we cannot yet survive. God has set our limits of ultimate evil by restricting our power. As we grow in knowledge and power so to do our limits and restrictions change. Knowledge of God and natural law will increase our ability to do evil (nuclear bombs) as well as goodness (nuclear power plants). As we grow, hopefully, we will learn how to grow in the creative side of the balance of good and evil and less in the destructive side. By increasing our love for one another and diminishing our hate we should grow into the more positive side of creation. I believe God has set up creation so no matter how high we go, we will always have limits that protect us from going to far to fast, and one of those limits may very well be the extinction of our human cocoons. If we make to many mistakes and/or not enough progress extinction may be our final human destination. Our souls however I believe will simply learn from our mistakes and carry on in what ever comes next.

Attempting to limit people because we are scared they will inadvertently bring down new levels of evil on us is a naïve concept. Limiting people only creates a world where Mozarts, Einsteins, and Freuds cannot exist...because we humans cannot have the beautiful shining stars blazing bright in the night sky without the deepest black nighttime sky to give their existence meaning. point and counterpoint, always. If we simply remain content to live on Earth and decide to never venture to the stars we may cause our own extinction by not being able to leave Earth. Planet Earth will probably not last forever, Humanity can.

I also believe these limits are why we can't point to 'that person over there' and say that is God, because we cannot survive direct interactions with God.... yet.

God protects us from the evil, that must exist.

Being brilliantly good saints will not create new depths of depravity, because of the nature of that evil, and the nature of goodness.

Another way of saying this is, you really only have two choices, 1- to do good or 2- to do evil...either way you choose...you're doing evil.

The definition of Doing only Good is still being debated, the ancient/modern churches have a set definition of goodness and to them only their definition is correct.

I however have to say I'm not as convinced that their point of view is completely correct. I believe that we must take a look at a broader view of goodness and what good is.

Choosing to do right out of fear of "the Boogieman" (fear of going to hell and being tortured forever), to me is manipulation. Possibly a manipulation born out of a desire to do good, the bottom line being that it is manipulation, and therefore not Benign Neutrality.

Sex and sexual behavior isn't an inherently evil act. I believe it and many concepts labeled as evil by the ancient/modern churches need to be re-examined. Taking out the Puritanical dogma of past centuries, the belief that being good requires suffering or sacrifice on behalf of God.