Big Bang Theory? What are the odds?

I recently read an article where the Big Bang Theory was presented as a credible scientific theory and I took a bit of time to read some information online about this theory.

One of the facets of science is mathematics--I began looking at the Big Bang Theory through the spectrum of math and probability and came to the conclusion that it is an improbable theory. To be viable scientifically, there should be a quantifiable probability that it would even be possible.

Let's ignore for the moment that there is no viable explanation of where the initial atoms came from. Or that, in all the vastness of the known universe these atoms could somehow find each other to initiate the explosion. (This alone, if quantified as a mathematical probability, would likely exceed a googolplex--or a googol raised to the googoleth power--a number that is so big that it cannot be written by a human in an entire lifetime.)

With each step of order that came from the Big Bang, the odds of possibility decrease exponentially. Can you imagine the mathematical probability of each of the following being possible as a direct or indirect result of an explosion (however far removed in time from the initial blast):

When I considered the incredible complexity of the individual components listed above, I realized again that the mathematical probability that all of this order came from chaos requires more faith than I have.

I simply believe in intelligent design. Life is complicated enough without trying to believe in something that is mathematically (and scientifically) impossible. God has been too good to me for me to try to explain Him away. 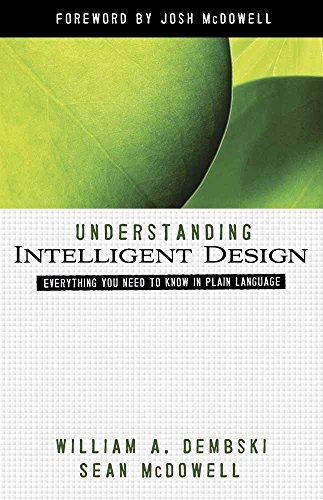