Biographical: Once Upon A Throne - Part I

Demas is a professional author and freelancer. He published and edited two newspapers. Writing, for him, is just a way of sharing.

Introduction and Chapter One

I took a terrible chance. I waited to write this until I felt I understood myself. This book is about an extraordinary woman, my wife. Her story may one day be the subject of a movie, but any movie of her life can tell only a part of her story, and the public appetite is fickle. It will shift to other heroics before her true heroics are even partially understood, and her life is much more than just heroics.

Why I needed to understand myself first will be explained later.

The "terrible chance" I took was the chance that her story might never have been written down and shared.

Chapter One: A Granddaughter of A Truly Noble King

Wanting to know more, and believing that firsthand knowledge meant visiting England's royalty; he approached his father with an idea. He would travel to England.

The year was 1847. Queen Victoria reigned in England. Mormons were emigrating to Utah. Europe was on the verge of revolutions which would inspire a man named Karl Marx. Chopin was composing, and now a teenage, Asian prince was on his way west, a Marco Polo in reverse, headed to England to see another royal family.

He never got there. He traveled from Xiengkhouangville, Laos to Persia where he was royally received and entertained as the adventurer he was. He had traveled by land, riding horseback, and sometimes walking, the considerable distance....both ways. He returned to Laos finally realizing he had not fulfilled his original quest.

Nonetheless, his travel had fashioned an appreciation for other peoples and other cultures which was to last a long, long lifetime. He died in 1947, the 100th anniversary of his teenage trip to the west! Contrary to some western chronicles stating he died at age 102, he was 115 when he died, and in every respect still a strong, healthy man.

Six weeks prior to his death, he announced to his family that he would die in six weeks and was telling them because he would take another journey by horseback, this time to say goodbye to his people.

On his return from Persia, his father had told him that he was to be the new king upon his father's death, in preference to his older brothers who were admonished by their father not to contest the father's choice of a successor to the throne.

Hearing her grandfather's statement of his impending death, his granddaughter Manolie Nettavongs found a moment alone and asked: "Grampa, you are a strong, healthy man. Why did you tell them you are going to die?"

He replied, "Because it is the fullness of my time." Then saddling his horse himself, her grandfather rode off to visit his people, the only king of that part of Laos that his people had ever known, for he was older than any of his people.

Four weeks later he returned and announced to the family that "Two weeks from now, on that Friday at six o'clock in the evening, I will die. I am telling you this so you can call my sons and daughters so that I may give them a father's blessing before I die."

On the prophesied day, the three French doctors in town had heard that everyone was saying "Today is the day our king will die." Fascinated and curious that this revered man, healthy beyond his years, was to die, they proceeded to the palace and sked permissin to give the king a physical examination. He agreed, and when their exams were complete they were even more curious, for the king was indeed in fine health.

That same evening, with his family gathered in "the silent room" of the palace where the family gathered morning, noon, and night for silent prayers and medidation, the king spoke of the future of the family. He told them that he was the last king in their line, that there were to be no more kings in the family after him. He told them he had sent all the gold, silver, elephants, elephant keeper, and other relics of his stewardship to the king in Luang Prabang, and that with his own passing they were to give that man their loyalty.

One of those assembled spoke up, "You mean you sent all that gold and silver to him with no conditions?" To which the king replied, "None. While I was king, they were my respnsibility, but now they are his. I did make the suggestion that he might make some small images of the Lord Buddha to remind the people of the Buddha's teachings, but no, there were no conditions."

Then he told his family that he had given all the royal lands to families that could prove they could make it bear a crop, and if the first family failed to do so, the land was given to another family, and then to another if necessary, until there was a family for whom the land would produce.

As for his own family, he said, "I have given each of you educations. That is your land. It goes with you wherever you go."

Then he gave each of his children an individual blessing (except for one son who was ambassador to England at the time and always one step ahead of their attempts to reach him in time.)

This done, he laid down on a marble slab in front of a shrine he had built into one wall of "the silent room," folded his arms, and he was gone; his body was still soft and warm, but he no longer inhabited his body.

Two weeks later, the remaining son (the ambassador to England) returned and paid his respects to his father's body. There had been no apparent putrefaction of the body.

Then, according to the king's own instructions, the family members dressed in white clothing to attend the cremation of he king's body, for the king had said: "I don't want anyone to wear black. This is not a sad occasion. I want the family members to wear white. I have learned and done what I came here to learn and to do."

With all the shops closed down, a long procession wound its way toward the soccer field, family members dressed in white, the people and other dignitaries wearing something black in mourning and in respect for the king.

On the way to the soccer field, the area was hit with a sudden, monsoon-like downpour which soaked everyone and every thing, including the funeral pyre, so that when the king's coffin was placed atop the pyre and attempts were made to light it, all attempts were unsuccessful.

Two grandsons were sent to open a gas station and obtain kerosene or gasoline to be used to start the cremation fire.

Before they could drive back to the soccer field, lightning struck the pyre and started the fire which cremated the king's body.

Chapter Two - Growing Up In A Palace (Continued)

Links to ALL parts of this series:

A former kingdom far away.... 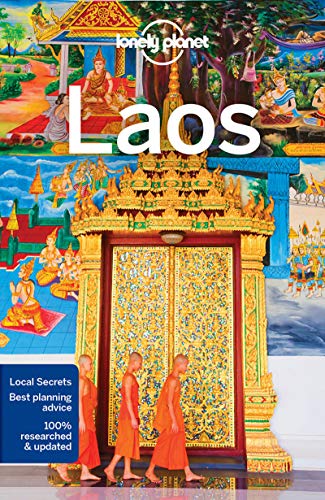