In chapter five of his book, Paul Fiddes discusses the three ancient conceptions of sacrifice—gift-offering, sin-offering, and communion-offerings.[1] The Church, interpreting various Old Testament passages, has taught since the time Eusebius that Christ holds the three-fold office of Priest, Prophet, and King. Furthermore, Vatican II not only affirms this teaching about Christ, but in Lumen Gentium ascribes to the laity these offices as a participation in the ministry of Christ. It is the purpose of this paper, therefore, to show that each of Christ’s offices correspond with a different aspect of sacrificial atonement, and thus by participating in these offices, especially during the anamnesis of the Mass, the laity is most fruitfully participating in Christ’s act of atonement.

According to Fiddes, the primary function of a gift-offering for the Jews was “an extravagant expression of praise, thanksgiving, and obedience to God.”[2] Fiddes relates this offering to that of Passover commemoration, where rather than an offering made for atonement of sins, it serves the function of “a gift-offering of praise and thanksgiving to God for his deliverance of the nation from slavery”.[3] It is clear, and should be emphasized, that this type of sacrifice was not made as reparation of sin or a supplication for forgiveness, but rather a memorial act of praise and thanksgiving for a particular act of salvation or deliverance. This is how Origen portrays Christ in his “High Priest” role as he offers himself as a gift for Father.[4] This is also the primary liturgical model with which the faithful approach the act of sacrifice during the Mass: we join with the act, making it our own, and thus by participating in obedience to Christ’s command “do this in remembrance of me”, we thank and glorify God for his great works through the cross.[5] However prominent this concept of sacrifice may be in our current liturgy, Fiddes aptly reminds us that it must be balanced if we are to conceive of atonement as an act for us.

Fiddes introduces the idea of a “sin-offering” as a more objective means of viewing atonement as for the benefit of God’s people—“an act by which it was believed that God overcame the human predicament of estrangement from himself, removed guilt, and freed his people from the threat of just punishment which lay upon the whole community”.[6] Fiddes stresses the importance that the Old Testament usage of this sin-offering in relationship to atonement has made them most strongly related for Christians in the English language.[7] This makes logical sense, as atonement is often conceived theologically as being the sacrificial act by which Christ satisfies our debt of sin. The Catechism reinforces this concept by saying “by his obedience unto death, Jesus accomplished the substitution of the suffering Servant, who makes himself an offering for sin", when "he bore the sin of many", and call him the one who "shall make many to be accounted righteous", for "he shall bear their iniquities".[8]

How does Fiddes’ third type sacrifice, communion-offering, apply to this paradigm? While Fiddes doesn’t seem to address this type of sacrifice, I believe that it functions most closely to the Jewish meal sacrifice. This form of the ritual takes its roots from Jewish meal-offerings, where before eating meat, the pre-deuteronomic Jews would offer some to God.[9] According Lindsay, “this sacrificial meal had a double meaning, emphasizing both the fellowship with God through participation in his sacrifice and fellowship among the participants”.[10] Because it was a means of fellowship, this offering was also commonly referred to as a “peace-sacrifice”. The applications of this to the Mass are apparent—often the Eucharistic Liturgy is expressed as a meal which brings all participants into union (communion or fellowship) one of the fruits of which is, ideally, peace in the individual, the Church, and the world. This is one reason why we make sure we are “at peace” with one another through the “kiss of peace” before we receive the Eucharist. 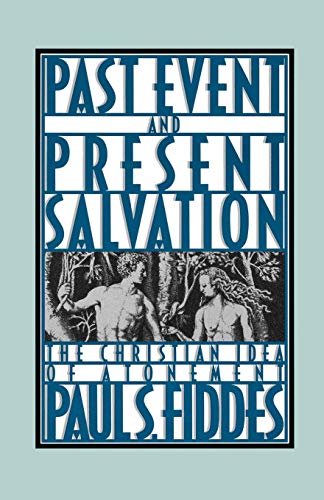 Past Event and Present Salvation: The Christian Idea of Atonement
Buy Now

How do these three modes of sacrifice apply to Christ’s three-fold office of priest, prophet, and king? Christ first fulfills his role as priest through offering a sacrifice to God in atonement for our sin.[11] However, whereas the Old Testament priests offered animals in reparation for both their sin and the sin of the people, Jesus offers himself as the sacrifice, the spotless lamb, as he takes upon himself our sins in satisfaction to God. It is in this self-sacrifice and ultimate act of atonement that Christ becomes the High-Priest.

Christ manifests his role as Prophet by revealing God to us, and in a specific way by disclosing God’s intentions to us.[12] In my opinion, this is seen through the third model of sacrifice of communion and meal-offering. Through his self-offering on the cross, Christ is revealing God’s plan to “sum up all things in Christ” (Eph. 1:10), as well as to return us to a state of communion with the Father. It is through this sacrifice that Jesus not only reveals God’s plan to save all nations, bring us to communion, and establish a kingdom of peace, but also convicts us with the knowledge that we are fallen, must repent, and return to the father through the covenant that Christ establishes in the Eucharist. This not only mirrors the decrees of the Old Testament prophets, but fulfills them.

Finally, Christ fulfills his role as King by “fighting against sin and the devil”[13] Through the gift-offering Christ not only gives thanks and praise to the Father by showing the culmination of God’s plan of salvation and what he has done for mankind, but also shows obedience to the will of the Father. It is through Christ’s example of gift-offering that we are moved to be thankful and praise the father, thereby gaining strength against the Devil’s influence, as well as motivation to be obedient to the will of the Father.

[14] Lumen Gentium discusses the issue in the following: “Priesthood of the faithful”, paragraph 10, the “prophetic office”, paragraph 11, and the “Kingdom of God” in paragraph 13.

Why is this important for the common believer? The Dogmatic Constitution on the Church contains a substantial amount of teaching concerning how the laity participates in the same three-fold office as Christ.[14] While the laity can participate in these offices daily and outside the celebration of the Mass, I believe that the way in which these roles are most fruitfully performed are through the anamnesis, for it is through the ritual and liturgy of the Mass that the faithful participate in the actual sacrifice of the cross, and as such, participate in their salvation.

At Mass the faithful participate in Christ’s priesthood and sin-offering through offering up prayers of penitence, forgiveness of neighbor, and other spiritual sacrifices which prepares them for the ultimate cleansing of sin through the reception of the Eucharist. During the Eucharistic prayer, the faithful kneel at the foot of the cross as Christ is sacrificed “once and for all” for the forgiveness of their sins. This ultimate participation in the High-Priest’s self-sacrifice (ideally) necessitates a certain humility and spiritual-self-awareness of being fallen creatures that leads us to, in a sense, be crucified ourselves.

The laity partake in the role of prophet and the communion-offering through the common approach to the Eucharist feast. After the sin-offering the faithful are ready to enter into communion with the universal Church in an act of professing that they believe in that which they receive and, assuming proper disposition, reap the fruit of peace and reconciliation with Christ through the consuming of his flesh and blood.

Finally, the laity share in Christ’s kingship and gift-offering when, after having received the Eucharist, they offer praise and thanksgiving for the gift of Christ on the cross which atoned for our sins. It is in this “after communion” prayer of thanksgiving and praise in which, having been reminded of Christ’s gift to us, we are disposed to go out into the world (Ite, missa est) and fight the devil.

I have attempted to show through this paper that each of Christ’s three-fold offices corresponds to a type of sacrifice, and thus different aspects of our atonement. Furthermore, I have tried to show that through different parts of the Mass, with specific focus on the Eucharist, the laity most fully participates in these same offices. Some questions to consider in class may include: since atonement is a single act, is it possible for us to participate in the act of atonement, or are we participating in our salvation, or even something completely different? In what ways can we improve our disposition and attentiveness at Mass to further aid this participation? Do you accept my argument, is there anything you think I’m missing? Is the idea of atonement an adequate evangelical tool, or is it too “deep” for the “average” catholic?