Religion jives with art. Back in medieval times, art and religion exist side by side. It ranges from hand paintings, sculptures, portraits and sketches of holy characters that existed long before the compilation of the Bible came into print.

People cling to art in order to interpret what transpired in biblical times. Art influence is great that even this time, religion cannot exist independently because art always tackle the subject.

Just of late, an art installation regarding Catholicism ignited groups of Catholic believers in the Philippines. It was branded by the Catholic Bishops of the Philippines (CBCP) and laymen groups as blasphemous because it defamed the belief of many Filipinos under the said religious sect.

The art exhibit of Medio Cruz dubbed as 'Kulo' (mean boil) received negative reviews from the spectators at the Cultural Center of the Philippines (CCP).

Cruz’ piece “Poleteismo," which is part of the “Kulo" art exhibit has been called “blasphemous" by critics and was vandalized last week. (GMA News)

Those who actually saw the full exhibit have one thing to say in common. It was an eye-opener regarding the status or Catholic religion in the country and the issues they've been advocating for the past decades, since Spanish era ended more than 400 years ago.

This is not the first time when well-known Filipinos during Spanish era criticized the Roman Catholic religion because of the awakening of the Filipinos to the right teachings of the true Holy Bible.

Note: This hubber snapped some photos of the controversial exhibit last week (From the last week of July to first week of August, 2011) from the television. It was already censored by ABS-CBN Channel 2. But if some readers will share what they've experiences watching each pieces. You can post comments here, essaying your firsthand account regarding Mr. Cruz's art exhibit.

The Harmony of Art and Religion

I can say that people are motivated by art to hasten the faith in the religion they are following. Churches of different denomination will have a painting of serene scenery. Roman Catholics are known for its famous sculptures, wall paintings and other art forms that were done by famous painters, like Michelangelo and Leonardo da Vinci.

When I was young, I used to draw the Holy Family (Joseph, Mary & baby Jesus), the angels and other depictions of heavenly creatures. I was raised surrounded by tangible things seen at the local church. The sculpture of Jesus at the Cross, The Sacred Heart of Jesus, Mother Mary and her rosary and the saints.

My views about art and religion broadened as I began appreciating different genre in art, painting and sculpture. I even attended painting class with my master who excelled in impressionistic paintings. Together with my bestfriend (way back in college), we frequent his art studio in order to get acquainted with the styles of Picasso, Van Gogh, Rembrandt, Monet, Da Vinci, Raphael, to mention a few.

Disputes about depicting characters from the Bible were discussed occasionally. The espresso painting of multi-talented French artist-scientist Leonardo Da Vinci sparked early controversy regarding the human depiction about Jesus Christ.

The Last Supper, portraying Jesus in the middle of twelve apostles during their last meal as a whole before the betrayal happened. It is rumored that the model of the face of Jesus was also the model of Judas Iscariote, who betrayed the Redeemer.

The Renaissance era of art in Europe produced awesome products of art, from naturalists, impressionists and abstract artists.

I can say the commissioned artists of the Catholic church popularized the human interpretation of Creation (by Michelangelo), the Holy Family and other events that were based from the Bible.

The controversial exhibit of UST (University of Santo Tomas) coincides with the university's celebration of the 15th birth anniversary of our national hero Jose Rizal.

In order to pacify the outcry of the public and other sector, especially the Catholics, President Benigno Simeon C. Aquino III issued a statement that marked the closure of the said exhibit at the CCP. Prior to this, former First Lady now congresswoman Imelda Marcos (who initiated the establishment of the cultural center) said that the exhibit clearly defamed the prime religion of the country.

P-noy said that 85 percent of Filipinos are Christian and the CCP was funded by the taxpayers and thus “should be in the service of the people.”

“When you insult the beliefs of most of the people, I don’t see where that is of service,” Pinoy added.

“There is no freedom that is absolute. I’m not after censorship. Art is supposed to be ennobling. When you stoke conflict that is not an ennobling activity,” he finally quipped.

News dispatch: In its statement, the CCP said the board of directors made the decision to close down the Main Gallery where the exhibit was displayed “due to numerous emails, text messages and other letters sent to various officers of the CCP, and to the artists themselves, with an increasing number of threats to persons and property”.

“Cruz is a facile generator of anxiety and debate and is skilled in the production of excitingly intellectual images and forms within the unorthodox as seen in his art practice teeming with imitable social and political commentary.” Philip Paraan 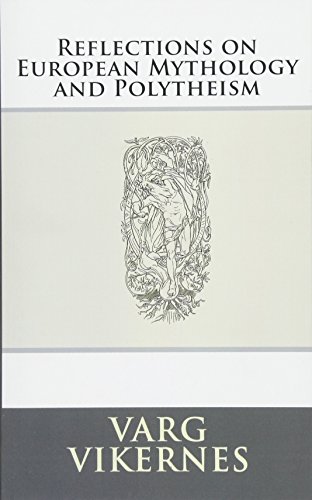 Mideo Cruz may just be one of the many Facebook users before. Until now, everyone is craving to know him better. From the looks of his social media account, I can say that this artist is a well-traveled individual.

The man is widely traveled and has taken time to read up on the cultural history of religious iconography and the origins of religious symbolism.

Cruz is a former student , an undergraduate, of the University of Sto. Tomas (UST). Because of his wide experience regarding interpretation of art in religion and issues they've been involved for the past decades, he was able to put exhibits not only in the country but in countries like Switzerland, Italy and the United States of America (USA) as well.

He was also recipient of the Ateneo Art Awards in 2007 and awarded the CCP 13 artists awards in 2003.

If you don't know how to interpret art, you will also be one of the mob who publicly demanded the closure of his exhibit.

So, critics of Mideo Cruz, lend me your ears. Art installation will vary from exhibit to exhibit. Items you can see at one art or masterpiece can be added or removed from time to time.

Polytheism is the belief of multiple deities also usually assembled into a pantheon of gods and goddesses, along with their own mythologies and rituals.If you will compare this to the present society, example in the Philippines, you can observe the symbolism or parallelism regarding its meaning.

The exhibition of Poleteismo started since 2002 in Metro Manila (Ateneo de Manila University, University of the Philippines and Paranaque City). It was also featured in the music video of Stonefree, titled "Anghel sa Lupa" (Angel on Earth). Cruz always recreated this subject.

Adjacent from it was the one free-standing life-size crucifix adorned with scapulars and rosaries, as well as a red phallus where the public outcry started.

Symbologists who continue studying ancient symbols, inteprets phallus as symbol of power. A friend of mine told me and I also read it from a National Geographic article that it's been revered as important symbol in Bhutan. If you visit this country, you can see phallic poles at the main thoroughfares of its capital city.

Cruz said that: There are those who worship power, who put their faith in men who wield power even if the power is used against women, or against the whole of society. The fight for sexual and gender equality continues, doesn’t it? But the balance continues to be tipped in favor of the phallus. Is this good or bad? You decide,” he said.

Those who viewed the exhibit told the public that they've seen lots of phallic symbols, including condoms (of different colors) that interpreted the present stand of Filipino women regarding Reproductive Health Bill,as Cruz opined.

Whether or not you'll be angry with me, it's what i've observed after immersing myself as a Catholic devout since my childhood.

The action of Mideo Cruz, through his artworks fueled me to impart my views about this Great Babylonian religion, where Roman Catholicism was patterned. Today, there is no more profile photo of him that you can see at his Facebook account for fear of being killed by angry Catholic mob and sympathizers. They're playing dirty again.

Just take note of the words as in buying an indulgence , the practice of confession between you and the priest, intercession of saints when praying, and the veneration of Mother Mary in order to be forgiven from sins (biennial or mortal sins).

It clearly shows that there's something wrong when a celebration of mass is conducted. It chilled me to the bones when I discovered that what I was doing at the church was wrong.

The presence of idols inside the Church premise clearly indicate that it is not the teachings of God written on the pages of the Holy Bible.

There is, really is, wrong with the Catholic religious system.

Many were silenced (assasinated or killed) because of the TRUTH. The truth dates back to the era of Moses from the Old Testament when he revealed the Ten Commandments of God to the Israelites.

If we could only reflect and re-read was is written in the Bible, it is only there that we will know the truth, ABSOLUTE TRUTH.

You can also read my other hub, regarding former priest Albwerto Rivera thourgh, "The Crusaders.

With lots of knowledge within our grasp, let us united to reveal the truth that we keep ignoring: That the truth lies in Jesus. He is the Way, the Truth, and the Light.

Maybe, at the end of your reading, you will also research for this subject that I'm wanting to expose for a long time.

The time is now.