The Haunting of Baleroy Mansion and the "Death Chair"

The Chestnut Hill area of Philadelphia, Pennsylvania is home to the Baleroy Mansion. Besides being rich in history, the mansion has also been reported as being one of the most haunted homes in the United States.

The Baleroy Mansion was built in 1911 by the family of Civil War General, George Meade. The house contains 30 rooms, and it is believed that there are ghosts in every single one. Almost everyone who has visited the mansion has reported some type of paranormal activity.

The Blue Room, which contains the exact sterling silver that was used at a celebration dinner attended by the signers of the Declaration of Independence, is particularly creepy. This is due to a 200-year-old blue upholstered wingbacked chair that resides in the room, which some say once belonged to Napoleon Bonaparte. It is also infamously known as the Death Chair, as many people who have sat in it have died shortly afterward. A malevolent ghost known as Amanda who supposedly haunts the mansion is said to lure people to the chair.

One of those victims was Paul Kimmons, a former Baleroy curator. Kimmons had been working at the mansion for several years and was skeptical about the place being haunted, as he had never experienced anything himself. However, while escorting a psychic on a tour of Baleroy, he saw Amanda floating down the staircase. After that incident, he claimed that he saw her everywhere he went, including in his house, when he was walking down the street, and in the rear view mirror of his car. This caused him a great deal of stress, and one day he felt so exhausted that he decided to sit down in the chair in the Blue Room to rest. He died a month later.

Another spirit that is said to haunt the mansion is Steven, the younger brother of the last owner of the house, George Meade Easby (George died in 2005) who was also the great-grandson of General George Meade. Steven, who died as a young child, has been seen and heard inside Baleroy. Easby had said that one time while he was entertaining guests at the mansion, a crashing sound was heard coming from the gallery room (No one else was inside the house at the time). When they went to find out what had happened, they found a portrait of Steven lying on the floor fifteen feet from the area where it originally hung. The nail was still tight in the wall, and the wire was still firmly secured on the picture. Easby was not able to come up with a logical explanation on how the incident could have occurred.

Easby's uncle and mother are also believed to inhabit Baleroy. Prior to his death, Easby claimed that his mother's spirit led him to an old desk. Inside one of the drawers, he found a letter written by his father that read: "I was brought up not to believe in ghosts and to trust only what science could explain, however I have seen the ghosts and there is no reason to be afraid".

Perhaps now George Easby has joined the many spirits that still call Baleroy their home.

Where is Baleroy Mansion located? 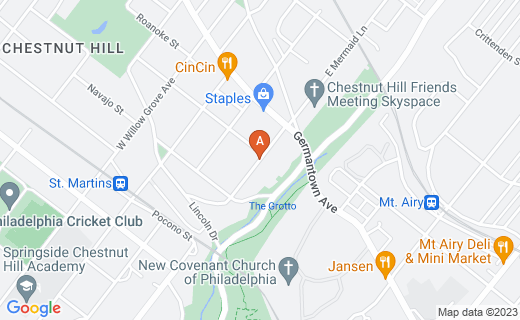