Skeptics often recognize the numerous contradictions, inconsistencies, redundancies and factual inaccuracies in the Bible. But criticizing the Bible's sloppy and confusing literary composition is much more subjective, and more problematic. Still, there are useful examples with which it can be demonstrated.

The Old Testament book of Daniel is one such instance. It contains the usual sort of factual problems, like dubious 'prophecies' and questionable historic references, but even in a purely literary sense, the chronology (and thus, the narrative flow) of its chapters is all over the place. Trying to read and follow it can be a hair-pulling experience -- even for a believer!

The chronological anomalies appear almost from the beginning. Chapter One begins well enough, with the story of the siege of Jerusalem by Babylonian king Nebuchadnezzar, in the third year of Judean king Jehoiakim's reign (in 597 BCE). It also explains how Daniel, given the name Belteshazzar, came into Nebuchadnezzar's favor. 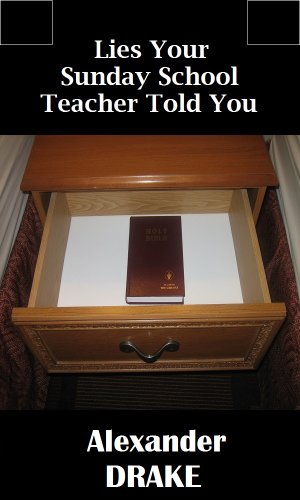 Forged: Writing in the Name of God--Why the Bible's Authors Are Not Who We Think They Are
Buy Now

An Atheist's Critique of the Bible: Old Testament
Buy Now

Reconciling this discrepancy requires a bit of interpretive license with Daniel's reference to the "second year." If we perceive it as the "second year" of Nebuchadnezzar's reign IN JERUSALEM, the sequential problem is resolved. We can then date the story to 595 BCE, and the chronology is back in synch.

Chapter Three tells the story of Shadrach, Meshach, and Abednego thrown into a fiery pit by Nebuchadnezzar. Chapter Four tells the story of how Nebuchadnezzar is driven mad by God, then returns to his senses and his kingdom. Though there is nothing in either chapter that can be correlated to an actual historical event, they both occur during Nebuchadnezzar's reign, so we can reasonably assume that the chronological order is maintained.

It is in chapter Five when the historical sequence becomes more strained. It relates the story of Daniel's translation of the mysterious writing on the wall during king Belshazzar's banquet in the city of Babylon the night before it is conquered by Darius the Mede. This event moves the narrative decades into the future, to 539 BCE.

Chapter Six continues with the reign of Darius in Babylon, telling the story of his reluctantly throwing Daniel into the lions' den. In this chapter as well, there is nothing correlating to any specific historical events, but the chronology can be assumed to be consistent.

In chapter Seven the historical sequence begins to dramatically unravel. It returns to the FIRST year of Belshazzar's reign, in 549 BCE, going back a decade to tell of Daniel's vision regarding the coming Jewish messiah (popularly known as the "son of man" prophecy).

Chapter Eight continues this new, earlier chronology, relating the story of Daniel's "ram and goat" 'prophecy' in the third year of Belshazzar's reign, in 546 BCE.

Chapter Nine poses another chronological problem. It tells of the archangel Michael's "seventy weeks" messiah 'prophecy' to Daniel, dating the episode in the "first year" of Darius' reign. But, given the earlier anomaly, it is uncertain whether this refers to Darius' "first year" reigning in Persia (in 550 BCE) or his "first year" reigning in Babylon (in 539 BCE). To maintain some sense of sequence, it's reasonable to assume the latter.

Chapter Ten is the most confusing of all. It continues Daniel's "great river" 'prophecy' regarding the messiah and the end times, and is dated to the "third year" of Cyrus' reign. But Cyrus was co-regent with Darius for years before finally ruling on his own.

Unfortunately, there is a problem with either conclusion, as the end of chapter One states that Daniel "...continued even unto the first year of king Cyrus." If Daniel lived only into the FIRST year of Cyrus' reign, he could not have possibly had his vision in Cyrus' THIRD year!

This accommodation is possible because chapter Ten doesn't specify that Daniel's vision occurred in the personal presence of Cyrus. So it could have occurred back in 556 BCE, before the king knew Daniel. Of course, this moves the narrative even further back in time.

Chapter Eleven relates the story of Daniel's "battle of the kingdoms" 'prophecy' during the first year of the reign (presumably in Babylon) of Darius the Mede, returning the narrative far forward once again, to 539 BCE. Chapter Twelve continues this story, finishing the book.

The Chapters Of Daniel, In Proper Chronological Order: