L. Sarhan has been a paranormal investigator and researcher for over 25 years.

An electronic voice phenomenon, more commonly referred to as an EVP, is when someone captures a spirit voice. A spirit voice is usually referred to by paranormal investigators as a disembodied voice. Typically, this occurs when a recording device captures a voice that is not normally heard during the recording. Some EVPs are clear as day, and others are garbled and sometimes ambiguous.

Many paranormal investigators get overly excited when they hear what resembles an EVP. Some investigators, especially those new to the field, will jump to paranormal before looking for logical reasons that will debunk the unexplained sound.

One thing to consider when debunking electronic voice phenomena is things going on within the environment of the investigation site.

Another example is when there are several people in one room. They are bound to make noise during a recording. This could be as simple as hearing someone taking a breath or whispering to another investigator. The person asking the questions may be unaware of the subtle sounds coming from the other investigators because they are more focused on possible paranormal interactions.

Aside from being aware of the environment indoors, paranormal investigators need to know about possible sounds coming from outside. This could be people walking close by having a conversation or sounds of vehicles driving close to the location. Some recording devices are sensitive enough to pick up outside noise to which you wouldn't normally pay any attention.

In addition to being aware of natural or produced sounds in the environment, consider having several recording devices in various areas of the location. When listening to the recordings after an investigation, this will help note whether the sound or voice was in another area. If the sound or voice is louder on another recording, then it may be caused by someone or something naturally in the area. This helps narrow down whether this is actually a disembodied voice or not.

It is always best to try to conduct a paranormal investigation when the weather is good. However, this is not always feasible. Before an investigation, it is a good idea to note the weather conditions - temperature, barometric pressure, wind, rain, etc. As you conduct an EVP session these factors may contribute to strange noises and should be noted while recording. For example, if it is raining, vocally note it so whoever analyzes the recording will be aware of the potential reason for the sounds being heard. If a clap of thunder, even in distance can be heard - vocally note it.

Also, keep in mind that the temperature and air pressure can affect the structure of a building, especially if there are cracks and leaks. Rick Quirouette, a building science architect at Penn State University, speaks in detail about air pressure and the building envelope. As a serious and professional paranormal investigator, you are not only researching the paranormal. You must also put forth the effort to learn more about the science of environmental factors to maintain integrity in your findings. 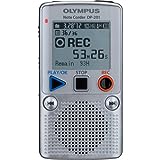 Something to consider is that we are in the digital age. Radio and static waves are being sent out constantly. Even still, have you ever picked up another person's conversation on a cordless phone before? How about with a walkie talkie, baby monitor, or CB radio? The same concept occurs with recording devices, as well.

Once outside interference is ruled out, there is another issue that needs to be taken into consideration. This is called matrixing, or sometimes referred to as brain matrixing, in the paranormal community. A more scientific name for it is pareidolia. A prime example of pareidolia is when you look at a cloud and see a shape such as an animal or other familiar shape. Many people jump to paranormal explanations, saying that a smudge on a mirror is a face or is a particular shape in smoke or fog. However, it is, as the saying goes, the mind just playing tricks on you.

Listening to audio is no different. Sometimes the brain will pick up words that may not be there via audio pareidolia. This is why it is good to have several people or investigators listen to the audio without telling each other what they thought they heard. It is also a good idea to isolate the audio in question for another person to listen to so they won't hear what was said previously. This is so they aren't given suggestions as to what the EVP might be saying.

"When in doubt, throw it out."

Debunking electronic voice phenomena (EVP) is an essential skill in paranormal investigations. Although many investigators fully believe in the paranormal, those that are professionals in this field will try to debunk every possible piece of evidence before calling it paranormal. Paranormal investigators are trying to gather positive proof through science that the paranormal exists. By ruling out, or debunking, possible explanations the investigator is building better credibility. If the evidence still remains after all logical explanations have been accounted for, it has a greater chance of being paranormal.

With countless amounts of hoaxes out there, it is better to throw out possibly tainted evidence than consider it definitive proof of the paranormal. Here is a good rule of thumb: When in doubt, throw it out.

Do you believe EVPs are real or fake?