The term Demonic possession is used in many societies around the world. But what is it? The belief system of many countries and individuals insist that demonic possession is a state of being where the person is controlled or taken over by a malevolent or supernatural being.

The idea is that somehow the soul of the person is pushed out or to one side, and the demon takes over the mind and body. There are many different symptoms of demonic possession, some of which include fainting, fits, and loss of memory. These being some of the milder symptoms.

The lesser seen symptoms of a possessed person are changes in the facial or body structure, speaking a new language that the person was not aware of before the attack, and scratches or bite marks on the body.

Some symptoms are much more violent. Superhuman strength, a change in voice, and horrible smells emanating in the vincinity of the person who is possessed.

There are numerous cases of real life demonic possession. Whether they are for real, or purely psychological is conjecture. The most famous case of demon possession is Anneliese Michel.

Anneliese Michel was a Catholic German woman who is said to have been possessed by demons. Completely disregarding the fact that she had a mental illness she was given an exorcism.

Her story is so well known that the films The Exorcism Of Emily Rose, The Asylum and Anneliese: The Exorcist Tapes were loosely based on her tale.

Anneliese was born on the 21st September 1952 in Leiblfing Bavaria West Germany. When she was sixteen years old she suffered a very sever convulsion and was diagnosed with epilepsy.

She started praying soon afterwards and began to have hallucinations while in the midst of the prayer session. By 1973 she was suffering from depression and said to have started hearing voices telling her that she was " Damned and would rot in Hell"

Long term psychiatric treatment didn't seem to help her, and in her befuddled mind she decided that she must be possessed by a demon or demons. Subsequently this caused her to become 'Alergic' to sacred places, Crosses and other religious Icons.

It took one vicar, Ernst Alt to decide that actually Anneliese wasn't suffering from mental illness but was in fact possessed. He managed to persuade the Bishop that an exorcism should take place to 'cleanse her soul'. Anneliese fate was sealed.

This was the beginning of the end. After months of continuous 'cleansing' by a Father Renz, Anneliese Michel died from malnutrition and dehydration caused by the constant bombardment of the Church and its so called exorcism.

Was she really possessed? It certainly sounds like it from the video. But of course that's exactly what a woman under duress would sound like if she believed she was inhabited by a Demon.

After months of mental torture, and lets face it, that's what the Church and her family did to her, she would definitely not only believe it herself but would be in so much pain and distress this would be the result.

Please Note The Following Video Has Pictures And Sounds You May Find Disturbing.

Throughout the Bible and other Religious books we find many mentions of Demonic Possession. Of course back then people had no idea of psychiatry or mental illness. Surely we have come far enough in time and knowledge to realise that possession is not only improbable but unfounded. Prove it I say.

So why do we hold onto these beliefs? The point of science is to prove that what we believed back then is just completely illogical. For example for centuries we believed that gods lived on the top of mountains. And earthquakes were caused by the gods getting angry with the local villagers. But we now know the scientific reasons why this happens. So why do we cling to these archaic ideas about Demons possessing somebody?

I actually have two theories on this. The first being that we have clung on to so many outdated ideas over the centuries that it never dawns on us to clear out our psychi and get rid of the rubble.

And the second idea? Maybe they are right! Who knows what goes on in this big wide Universe, or multiple Universes all depending on what we believe. Who am I to say there is no such thing? I am purely 60-40 against it, but you never know. Lets take the case of Bill Ramsey.

The Exorcism Of Emily Rose Film

Bill Ramsey The Werewolf of Southend

Bill Ramsey was a quiet man who lived in Southend on Sea England. He worked as a carpenter and was relatively unknown until his story hit the headlines in the 1980s. His story begins when he was nine years old.

He began to feel strange and people would notice his strange behaviour often accompanied by a horrible smell. The first major incident that happened occurred when, in front of his parents he grabbed a post and ripped it out from the concrete it was embedded in.

This soon turned into full blown rages and he believed he was turning into a wolf. He would bite and snap at relatives then go on to have a full blown seizure. Bill managed to control the urges until in 1983 he admitted himself to hospital as he felt that his urges were getting out of control.

When a nurse tried to examine him he attacked her and ran to the corner of the room and proceeded to crouch down and growl like a dog.

The police were called and Bill was taken off to be psychiatric-ally assessed. After keeping him sedated the police released him and he went home.

On the 27th July 1987, Bill began to realise that his condition was getting worse and he took himself off to the local Police station and asked to be locked up. The rage soon overtook him, and during a conversation with the police officer, Bill became filled with rage, and took on the demeanor of a wolf.

Growling and pulling his lip back over his teeth. He grabbed the police officer and threw him across the car park. The police officer in question was over 6ft tall and weighed (14 stone), 196lb. It took over six police officers to subdue and sedate him before putting him in a cell.

This didn't stop his rages, and he continued to snap and growl at the officers, even managing to put his head and arm through the small window on the cell door, trying desperately to grab the officer.

His story went global, and soon he was noticed by Ed and Lorraine Warren, well known demonologists.

He was exorcised in a church ceremony in America, and soon he returned home. Since that time Bill recovered and never had another seizure.

Was Bill really possessed or purely suffering from a mental illness? Clinical Lycanthropy is an actual medical condition that makes people believe that they are being possessed by an animal. Not always a wolf. Believe it or not people have been known to 'transform' into a horse, hyena, cat, bird or tiger. The most bizarre transformations are frogs and bees!

One factor may be that the people who suffer from Clinical Lycanthropy may have changes in parts of their brain. This involves the Body Shaping part. In a neuroimaging study it has been suggested that the areas of their brain are showing unusual activity. This will suggest that when someone actually states he or she is changing shape, they may genuinely believe its really happening. 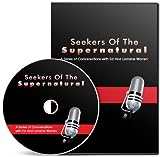 Demonic possession is something that cannot be completely ruled out in any case. We may live in a modern world and know many scientific answers to the question of mental illness but the underlying fact is that however much we know, there is still so much that is unknown.

In the two cases above we can be sure that these are real clinical illnesses. But maybe out there somewhere in the world there could very well be a real case of demonic possession.