Throughout modern history, the subject of Jesus Christ's existence has been under extensive scrutiny.

All over the world, critics of Christianity have come forward with historical evidence in support of their argument opposing the existence of Jesus in human form. They argue that the story of Christ as told in the New Testament gospels is mythical since there seems to be no extra biblical account of Jesus’ life as a man.

Most of the scholars with this kind of mindset base their argument on the extensive works of first-century Romano-Jewish historian; Flavius Josephus, which account for most other biblical personalities except Jesus Christ. In this article, we attempt to explore these works and a few other historical sources to establish whether the biblical story is indeed heresy.

Did Jesus Christ have a Wife and children? 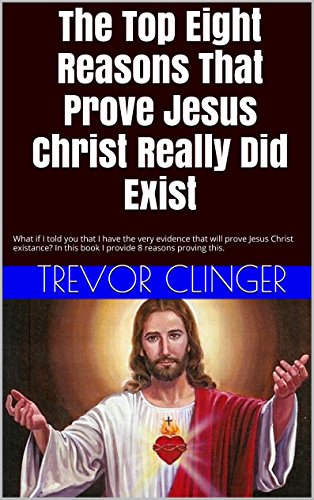 The Top Eight Reasons That Prove Jesus Christ Really Did Exist: What if I told you that I have the very evidence that will prove Jesus Christ existance? In this book I provide 8 reasons proving this.
Buy Now

And now Caesar, upon hearing the death of Festus, sent Albinus into Judea as procurator. But the king deprived Joseph of the high priesthood, and bestowed the succession to that dignity on the son of Ananus, who was also himself called Ananus….Festus was now dead and Albinus was but upon the road; so he assembled the Sanhedrin of judges, and brought before them the brother of Jesus, who was called Christ, whose name was James and some others; and when he had formed an accusation against them, as breakers of the law, he delivered them to be stoned.

Modern scholars have almost universally acknowledged the authenticity of the reference to the brother of Jesus who was called James and rejected the possibility of its being the result of interpolation. The works of Josephus refer to at least twenty different people with the name Jesus. In fact in chapter 9 of book 20, there is also a reference to Jesus son of Damneus who was a high priest of Israel, but is distinct from the reference to Jesus called Christ mentioned along with the identification of James.

The phrase “who was called Christ” is used by Josephus in the passage to distinguish him from all others of the same name. The passage refers to the stoning of James the brother of Jesus by order of Ananus, a high priest in the era of Herod. The James referred to corresponds with the New Testament James to whom the epistle of James is attributed.

Now some of the Jews thought that the destruction of Herod’s army came from God and that very justly, as a punishment of what he did against John that was called the Baptist. For Herod slew him who was a good man….Herod who feared lest the great influence John had over the people might put into his power and inclination to raise a rebellion… accordingly, was sent a prisoner out of Herod’s suspicious temper, to macherus, the castle I before mentioned and was put to death.

In his book ‘Jesus and Christianity’, Piero Scaruffi cites a religious sect known as the Mandaeans centered along the Iraq/Iran border who claim that John the Baptist was their greatest leader, although they deny he was the founder of the religion. They claim Jesus who started his career as one of John’s disciples was a false prophet who stole John’s teachings and corrupted them and misled the people. This is one piece of extra-biblical mention of Jesus.

N.S Gill a writer on Ancient/classical history gives an account of Pontius Pilate. He was a prefect of the Roman province of Judaea, who held office around AD 26-36. An Archeological find made during an excavation, led by Italian archeologist Dr. Antonio Fova, effectively put to rest the doubt that Pilate was real.

The artifact is now in the Israel Museum in Jerusalem as inventory number AE 1963 no. 104. Gill continues in her article to mention that Pilate worked with Jewish leaders to try the man known by the title ‘the king of the Jews, a position that posed a political threat. In the Roman Empire, a claim to be king was treason.

One may argue that there is no writing other than the gospels in the bible that indicate Pontius Pilate as having tried and crucified a man named Jesus Christ. Yet the Romans were known to keep all records of events such as trials and execution.

It is therefore surprising that no record of Jesus’ trial and execution appears. One wonders why a re-known historian like Josephus would have a fairly detailed account of John the Baptist and other biblical figures such as Herod and James, and yet Jesus who was called Christ appears only as an incidental finding in a passage that reports the trial of his brother James. It is also known that Josephus defected from the Jewish side to the Roman side, was granted Roman citizenship, and later assumed the emperor's family name of Flavius, and this is why many Jews thought of him as a traitor.

Could Flavius Josephus have been compromised by his new masters and was compelled to omit any accounts of Jesus Christ from his works? Had the Romans grown too paranoid about Jesus Christ and his movement as a threat to their rule and therefore decided to make an attempt at concealing all records of his existence?

One school of thought argues that; perhaps Jesus Christ was never as important as Christians present him. But then again, there are the writings of apostle Paul that have been Universally accepted as authentic. The question is; was Paul a former Roman official, writing about some unimportant villager from Nazareth?

The Christian historian and Bishop Iranaeus, who lived around 125 to 202 was probably the first man to state what was legal and what was not in Christianity. He banned books that would remain banned for thousands of years. Those books were sometimes early accounts of the life of Jesus and the spread of Christianity but conflicted with Greek and Roman versions of events. It is certainly odd that Iranaeus chose to ban some of those works, but perhaps this is why there is very little extra-biblical account of Jesus's life.