Learn Beyond Doubt the Bible is True!

True Righteous Eternal Principles are not the property of a particular faith per se, but the heritage of ALL people of faith and principle.

The Holy Bible is a library of scriptural writings and histories of ancient people who lived in the Holy Land of Jerusalem in Asia Minor. There is controversy over the accuracy of what and how events occurred written in the book, but there is one unquestionable attribute about The Bible, it is a record on which billions of people depend for spiritual sustenance and testifies that Jesus Christ lived, died, and rose from the dead as Lord of Lords.

It is important for all Christians and others to know the truths of this book. The claims are fantastic throughout the Bible of God’s love for humanity; though, there are many interpretations of how it all came to be.

It is the stick or record of Judah. It records God’s dealing with the Jewish people after formation of the nation under Moses. There were 12 distinct tribes referred to in the record, Judah being the foremost tribe because it survived the destruction of Israel and continues as a people known today as Jews.

Moses is the greatest contributor to the forming of the Holy Bible. Moses detailed the birth of humanity. Because of his writings, all humankind can understand how it is related. Moses suggests that all people are the descendants of Adam and Eve.

He testifies, through Genesis, of the generations of humankind. He describes how humanity survived what he perceived as a worldwide flood through eight people, Noah, Shem, Japheth, Ham and their wives. The Bible record suggests that all humans are cousins, though individual theological interpretation indicates association based on covenant—specifically the Christian covenant with Jesus Christ to become brothers and sisters in the Gospel.

Moses describes how God dealt with humankind from the beginning through worship, prayer, revelation and divine investiture of authority to some people or prophets. Jesus Christ, the Second Moses, also describes or verifies what Moses taught. Moses is the bringer of the law and Jesus is the fulfiller of the law.

Understanding the purpose of the Bible helps people know how God’s Plan includes all people.

As a Christian and member of the Church of Jesus Christ of Latter-day Saints, I, the author, view the importance of the Bible within a collection of important scriptural treasures.

Many people do not consider me a follower of the teachings of the Bible because of my religious preferences. I can most assuredly admit that I know that the Bible is the word of God. If it is read with a spirit of humility, God will open the meaning of the most obscure passages to the understanding of the faithful.

The Book of Mormon: Another Testament of Jesus Christ witnesses that the Bible is a true record preserved by God. Millions of people revere both books together as a companion set of scriptures that witnesses that Jesus Christ is resurrected and set to return in the near future to reign on earth in righteousness.

Why Should You Care About The Bible?

If the Bible is true, which I can assure it is, then it is a guide to show humanity how to please God. It is not specifically written to instruct the modern era as was other records, but God will judge people by their efforts in relation to that book—a book that can be found in every language, dialect, and culture on the Planet.

People learn from the Bible as they read the mistakes and successes of the characters mentioned. It teaches how to pray. Through His prophets, God reveals what people must do to please Him.

God did not write any portion of the Holy Bible, but He did inspire those men who wrote to reveal what He instructed them. The Old Testament is a record of God’s dealing with the Covenant people of Israel before He came to earth in the form of Jesus Christ.

The New Testament is a record of Jesus as the living embodiment of God and His apostles. In it, Jesus testifies that He is the Son of God. He testifies the God the Father, God the Son and God the Holy Ghost are one in purpose and authority.

The Bible is not a complete record of all the writings of all the prophets to which God has ever spoken. There are many books quoted in the Bible that are missing to the annals of history. It does have differing prophets who repeat the same message of salvation enough for humanity to understand that God loves us and provided a plan for humanity to be happy for eternity.

The Bible is a testimony that humans are not alone in the universe. God and His angels are the clues. To believe in God is to believe in extraterrestrial life; though most deists do not take that particular perspective.

The Bible records the words of prophets who taught what happens to humans after death. The differing interpretations people gather from reading the Bible does not preclude the fact that the answer is in the record.

The Bible contains the teaching that it is possible to attain perfection or completeness through the redemptive plan of Jehovah, a.k.a. the plan of salvation through the atonement of Jesus Christ. 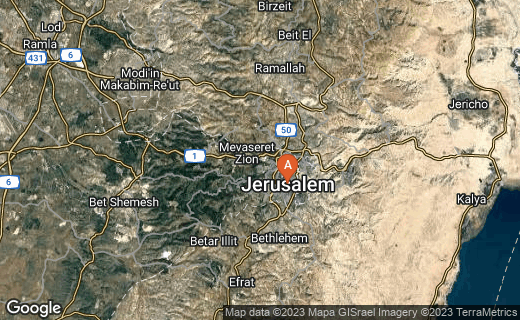 Home of the Bible History

How Can I know the Stories in the Bible Are True?

Read It! Become familiar with the stories and the teachings within the book. God speaks to all people who are willing to listen through what Jesus calls the comforter, which is the Holy Ghost. “Now the God of hope fill you with all joy and peace in believing,” said Paul to the Romans. “That ye may abound in hope, through the power of the Holy Ghost,” Romans 15:13. Paul taught that the Holy Ghost fills the saints with peace in believing. Believing in things that are true and from God bring peace.

Reading the Bible can bring peace, but must be done with the proper expectation.

God wants all people to trust Him as He reveals His word to all who seek it. He has given a litmus test for all knowledge. First, however, seekers must obtain information so that God can have something to work with--bringing things to remembrance (John 14:26). People must read to know anything or have it read to them.

Ponder or Think Deeply About What is Read

After ingesting so much information, it is time to digest it. Let the nutrients absorb into the system--the soul.

God allows the spirit to prompt faithful seekers. The prompts are usually described as intense peaceful feelings. Faithful seekers consider the possibility that the Bible contains the truth. Paul describes these promptings in his letter to the Galatians that "the fruit of the Spirit is love, joy, peace, longsuffering, gentleness, goodness, faith, meekness, [and] temperance," Galatians 5:22-23.

Consider how the world obtained scripture at all in light of the history of the persecution towards Christianity since its early days in Jerusalem after the death of Christ and beyond! The Bible is a miracle!

Ask God Directly if the Bible is His Word

Approach the Lord after reading the Bible. Pray. It is simple. There are three active ways people approach God.

God speaks to men and women through a still small voice. He expects everyone to pray to Him so that He can provide them with all the information they are willing to receive.

When people approach God in earnest prayer, they must be willing to be humble before Him--knowing their worship of Him is not to support vanity, but to prepare their minds and hearts for communication from the Master of the Universe.

As a budding Christian, I prayed to the Lord to know if He was really there. I had never asked God for anything because I did not know how to pray. Missionaries from The Church of Jesus Christ of Latter-day Saints came to my home and taught me how to pray directly to God, and when I was alone, I did pray. He answered my prayer.

Listen for an Answer

Waiting for an answer is the step that many people tend to forget. The Lord has promised by the power of the Holy Ghost He will instruct and bring back past instruction.

Earnest seekers will gain a feeling of pure knowledge, love, charity assurance--all the gifts of the Spirit are at the Lords disposal to answer prayers.

I KNOW that God lives, for He spoke to my heart and my mind that He exists and the warmth of the Spirit clothed me with love. I needed that assurance, which brought tears to my eyes.

I implore all people to read the Bible, think deeply about it, ask God if it is truthful and wait for Him to answer.

Do you believe that God will tell you if the Bible is His Word if you Ask?

Some people believe that it is not appropriate to ask God things. I was taught that I did not need to pray for a personal experience with God to know if the Bible is true or if He was really there. In fact, I did not pray in the traditional way until missionaries taught me that God desired me to speak to Him through prayer. Most of my prayers prior to that were akin to wishing on a star!

It is the will of God that we speak to Him and receive answers from Him about the truths in the Bible. If we have explicit trust in the Lord because we Know we can trust His words in the Bible, we can confidently read and understand by the Spirit of God how to discern ALL truth.

Ask God if the Holy Bible is His word and know with power like Moses knew when he received the Ten Commandments. Knowing the Bible is true rather than just believing crushes the Devils ability to tempt you away by false teachings of the world.