Dream Your Way To Success Like These Famous People In History

Dream interpretations have been around for thousands of years and across many continents.

Many people totally dismiss the idea of dreams being important in your life, others analyse all their dreams and pull them to shreds to make sure they aren't missing anything. Either way dreams are never ignored.

Many people consult dream books to see what it means if you fly in your dream, or see a tiger chasing you up a hill.

But there is one thing that people forget as they sit and read a book on the subject. Every single one of us is different. We can't all be the same can we?

Along with Astrology, dreams are supposed to be interpreted as a personal reading, for you and you only.

Just because someone else dreams of flying and can relate it too a new job that involves being a pilot, this does not mean the dream will have the same interpretation for you.

Our Dreams Sift Through Our Mental Attic.

Every time we dream it is telling us something. We all know that sometimes our dreams churn out rubbish from our past, or just shows us the tv program we watched the night before. But most of the time we wake up and ask ourselves, why the heck did I just dream of playing in a Band?

Or, why was I swimming of a yacht that had an old boyfriend in it? The fact is, our brains are like a computer. Even when we sleep the brain is constantly sifting through pieces of information to try to resolve your problems or give you that great idea you have been mentally searching for.

And of course most of our dreams come to us in metaphoric symbols so we have to interpret them too. 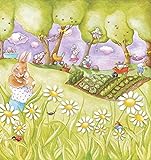 'Dreaming' can mean a set of religious or spiritual beliefs in aboriginal tribes, but mostly 'Dream Time or 'Dreaming' literally means, to them, Creation, or more specifically, the time of Creation.

Although across many parts of Australia the indigenous people have different stories and meanings of their dreamtime, the overall beliefs are very much the same where Creation or dreamtime stands.

Dreamtime is eternal. Your soul existed before you were born, during and after you die. The child is born through the mother, and then slips back into dreamtime.

According to traditions the soul enters the body at the fifth month of pregnancy, and when the mother feels the baby move for the first time its said that this was the work of the Spirit of the land that they were occupying.

And the child, when it is born is said to be a special custodian for the tribe, and is there to tell their story, and pass down the traditions to the next generation. He is taught the songs, and the sounds of all nature around them.

The fascinating thing about Aboriginal Dream time is that they believe that all time and Space has happened at once. In other words the past, present and future all coincide together.

Which is pretty strange considering that Physicists these days are starting to believe or at least investigate the same thing.

Even though the word 'Dreaming' is actually not completely translated properly from the Aborigine, there is no particular word for their beliefs, so Dreaming is the nearest we have to realise that they do in fact believe in Dream interpretation too.

As they believe everything has happened at once, or all connected, so are their dreams important too. They know that each and every dream means something and will use the dream to improve their lives or the lives of their family and friends.

For example if one man dreams of a river, then he will goand look for the river and maybe set up camp there. According to him, he knows that his mind told him to do this. And his mind is connected to the everything that is dreamtime.

Start Your Own Dream Diary

Ignore Dream Books, Write Your Own!

How To Write A Dream Diary.

For anyone who knows about magic or paganism they will know that by writing your own spells, incantations and rituals they are much more personal to themselves and therefore they work much better. Whether it's a physical manifestation or purely psychological, it helps to do it yourself so to speak.

In the same way our dreams are personal to us. By reading a dream book you are just getting a general idea of what it means. But if you write your own you will begin to see a pattern.

And that pattern will show you what you need to do or where to go. I spent about six months wondering why I kept dreaming that I had been stabbed in the lower stomach. In the day it didn't hurt, but at night my dreams kept on and on nagging me with this knife wound.

Until one day I was rushed to hospital with a malformed kidney that was, in lay mans terms, about to explode! The knife in my dream was telling me that my kidney, bladder and tubes were really poorly. I should have taken notice.

So get yourself a writing pad and write down every dream you can remember. Doesn't matter if its rubbish or seems silly. You may see the connection over the next few days or months.

And the amazing thing is, there is a possibility that you will also see a bit of psychic phenomenon come into it. Maybe you will dream about someone you haven't seen in 20 years. Then over the next few days you will bump into them!

Dreams are fascinating things. They can tell you that you need to go for this job, or that work. They can help you decide whether you want to continue a relationship. And they can save your life. I know.

The one thing you shouldn't do is ignore them.

How did I write this Hub? Because a dream told me too! True story!

The Best Computer in the World.

Many people throughout history have used dreams to figure out complex problems, discover new theories and even change the way we think and behave. For example,

Otto Loewi won the Nobel prize for medicine in 1936 for his work on nerve transmission impulses.Otto had the idea that chemicals maybe the key to nerve impulses compared to the popular idea of electrical. Then he had a dream:

'That night, just before Easter Sunday I awoke, turned on the light, and jotted down a few notes on a tiny slip of paper.

'Then I fell asleep. It occurred to me at 6 o'clock in the morning that during the night I had written down something most important But I could not decipher what I had written.

The next night the idea returned. It was the design of an experiment to determine whether or not my idea was true about the chemical nerve impulse'.

I got up, and went to the laboratory. I then performed a single experiment on a frog, specifically his heart, according to the dream design'

Long story short, after a few more years of testing this dream theory he ended up with a Nobel Prize!

A Dream Made Her A Millionaire!

Madam C.J. Walker- 1867-1919 Is famous as the first American woman to become a millionaire. She was also the first black woman who had been born free to achieve this success.

But how did she do it?

Madame Walker was the founder of a highly successful cosmetic company. In fact it was so successful it made her a millionaire many times over!

She started out purely because she was suffering from a scalp infection that caused her to lose a lot of her hair. This was back in the 1890's when hair care hadn't even taken off then, let alone become successful.

She started to experiment with Medication and hair care products. But nothing really worked, then she had a dream!

'He answered my prayers. For one night I had a dream

and in that dream a black man appeared to me and told me what to mix up in my hair.

Some of the remedy was growing in Africa, but I sent for it, then mixed it, and put it on my scalp.

And in a few weeks my hair was coming in faster than it had ever fallen out! I tried it out on my friends and it helped them. I made up my mind then to begin to sell it.”

How amazing is that? And of course it worked. 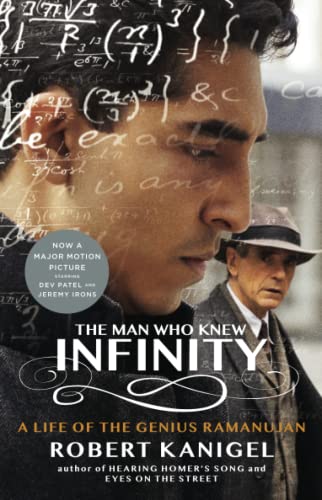 The Man Who Knew Infinity: A Life of the Genius Ramanujan
Buy Now

A Quick Look at Other Dream Success

Do You Keep A Dream Diary?

So Now Do You Think Dreams Are A Waste of Time?

There are many more famous people who have achieved amazing things purely by the power of their Dreams.

Of course the other question has to be, how on earth does this happen? Do we actually have the knowledge in our own minds to come up with all these amazing ideas purely through the power of our thoughts while we are asleep?

And where does the knowledge come from? If we are working on a science project, figuring out a maths equation or trying to find the answer to how a sewing machine can work then yes it makes sense that our minds work it out for us.

But what about those people who had no idea how to do it? Did those dream manifestations of people and themes just pop into their head? Or is there someone or something 'up there' helping us?

Maybe science has got it right. We are all connected somehow on a quantum level. Or maybe its the power of the Universe, God, call it what you like. We will never know.