Early Christianity in The Roman Empire

When Constantine became emperor, it was on the foundation that Christianity would be tolerated and eventually become the official religion of the Roman Empire. There were many Christians in the Roman Empire when Constantine came to power, so by supporting Christians, Constantine was gaining the support of a large number of people. It seemed that success followed Constantine’s choice to support Christianity, as reiterated by Lactantius in his Of the manner in Which the Persecutors Died. However, as Christianity gained followers, it became a tool used for influence and caused conflict between those who strove for power in the Roman Empire. Rulers such as Gregory VII, who desired unlimited power to the Pope and the Church, and Henry IV, who thought kings were given divine right directly from God and could be challenged by no one, began to butt heads over how the hierarchy of rule was really ordered. The true intentions of the Pope were called into question, as it seemed that corruption had even reached to the apostolic seat. In the fourth century, leaders like Lactantius and Constantine thought that the relationship between secular and religious authority could be beneficial to both Rome and Christianity, while religious leaders in the eleventh century like Gregory VII and secular rulers like Henry IV fell into conflict with each other because they had differing opinions as to whether God had given divine right to the Pope or the Emperor to rule.

St. Peter's Basilica at The Vatican

Authority of the Pope

In the fourth century, the emperor Constantine and his advisor Lactantius set up a system of government that was based on the authority of the Pope and the principles of Christianity. This started with the Edict of Milan in 313 AD, in which Constantine had extended religious toleration to Christians throughout the Roman Empire. This act ended the persecution that Christians had endured during the reign of previous emperors, and gave refuge to what had become a popular religion. This move made Constantine a very popular emperor, and brought a period of peace to the Romans. It seemed that those who opposed Christianity were stricken down and that only through the support of Christianity could one obtain success as an emperor in Rome, which is stated by Lactantius in Of the Manner in Which the Persecutors Died, “… how the Almighty manifested His power and sovereign greatness in rooting out and utterly destroying the enemies of His name.” (Lactantius 1). The Roman Empire certainly benefitted from the tolerance of Christianity, but so did Christianity itself. The religion was spread and implemented to the far regions of Europe at an accelerated rate, and Christians now had a place where they had protection through a ruler and a government that was established upon their core values. Constantine and Lactantius’ belief that secular and religious authority could be blended certainly brought benefits to the Roman Empire and Christianity itself. 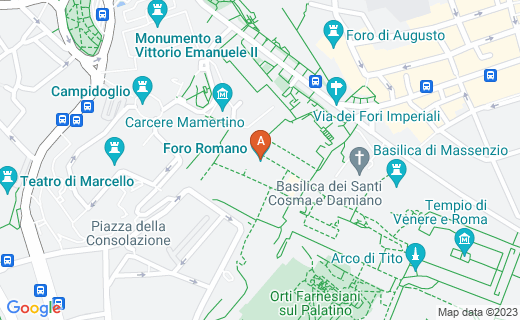 Leading up to the eleventh century, the combination of secular and religious rule began to unravel as new ideas about divine right and authority created divides specifically between Gregory VII and Henry IV. The implementation of religion into government had worked for centuries in the Roman Empire, but as new rulers came to power, so did new ideas. In 1075 AD, Gregory VII decreed his Dictatus Papae in which he assumed several rights and powers. Among these he claimed the following in regard to the Pope; “That only he has the power to depose and reinstate bishops…” (Gregory VII 319) and “That he has the power to depose emperors…” (Gregory VII 319). These decrees were announced to direct all authority to the Pope, making it known that the emperor is under his command. As the conflict between Gregory VII and Henry IV continued, Henry IV sent a letter to the Pope known as his Letter of Henry IV to Hildebrand. This letter attacked Gregory VII’s claim to power, citing Henry IV’s suspicions that the Pope sought to manipulate the people and consolidate power so that he could gain popularity and use his position for his own motives. In his letter, Henry IV states, “You have attacked me, who, as unworthy as I am, have yet been anointed to rule among the anointed of God, and who, according to the teaching of the fathers, can be judged save by God alone…” (Henry VI 320). Here Henry VI claims his own authority through the ordination from God. This conflicts with Gregory VII’s claim that the church has been given authority from God alone. Henry also challenges that the Pope was given authority as the head of the church, and thus challenges that the Pope has any authority at all (Henry VI 320). These attempts of Gregory VII and Henry IV to discredit the authority of each other were based on the perception of divine authority, and to whom it was truly given.

The Tomb of St. Peter

Cotrol of The Bishops & The Abbots

The argument as to who truly received divine right stemmed from the control of the bishops and abbots. King Henry IV needed them because many were wealthy landowners and played key roles in his government and favor with the people. Pope Gregory VII claimed his own control over them because they were part of the church and essential to his control of the people in the empire as well. In response to Gregory’s Dictatus Papae, Henry asserts that the Pope has abused his power in claiming control of the bishops, “… you have not only dared to touch the Lord’s anointed, the archbishops, bishops, and priests; but you have scorned them and abused them, as if they were ignorant servants not fit to know what their master was doing.” (Henry VI 319). This again goes back to who is really given divine authority by God. Here Henry IV once again uses the argument that God has appointed his chosen rulers, in this case the bishops, and that these rulers cannot be usurped except by his will. The control of the bishops and the influence that came along with it sparked the argument as to whether the Pope or the Emperor really had divine right from God.

Leaders of the early Roman Empire such as Constantine and Lactantius founded their authority in a system where secular rule and religious authority could profit both Rome itself and Christianity in the fourth century, while in the eleventh century, religious leaders and secular rulers divided in opinion over arguments as to who had truly been given divine authority and power. Constantine and Lactantius extended toleration to Christians through the Edict of Milan. This step allowed the foundation of the Empire through the religious authority of the Pope and the Catholic Church, while still allowing an Emperor to govern the doings of the Empire. This system benefitted the empire through the stability and success it brought, while benefitting the Christians through allowing the growth of their religion and ending their persecution. This system, however, could not last as conflicts broke out as to who had divine authority in the empire. Gregory VII and Henry IV began to discredit each other as authorities, questioning each other’s intentions and true source of power. Though religion could once be a uniting force a guide to secular rulers, the idea of separation of church and state was began to reshape the hierarchy of power in the Roman Empire, shaping the forms of government under which we operate today.

A Bust of Constantine