If you have found your way to my Hubs, you are probably looking for information about Wicca. Perhaps you are curious, perhaps interested, perhaps trying to learn... allow me to try to clarify so you can begin to understand.

Sometimes the very beginning is the hardest place to begin. Whenever someone asks me what Wicca is, I find that it's a little like being in a Robert Frost poem-- I begin explaining and way leads onto way. It seems every answer brings about another series of questions.

This only proves the point that it's hard to put an entire theology into a nutshell! Wicca is as complex as every other religion you may have heard of (and maybe more, in a lot of ways).

There seems to be so much information out there about Wicca that is just plain wrong; many people already have preconceived notions that are totally off base, so I would like to try to meet you at your current position. Let's see if we can figure out what you know about Wicca so far...

If you're looking for a great first read, I recommend: 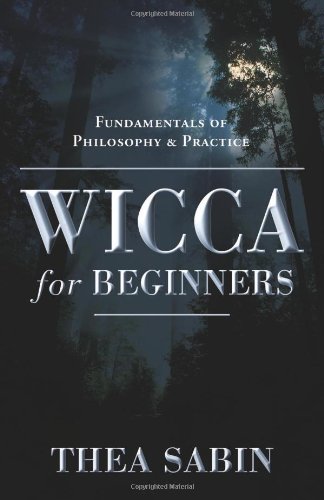 Wicca for Beginners: Fundamentals of Philosophy & Practice
To date, probably the most friendly, clear, concise introduction to Wicca on the market. Simple and well-explained, this book does not muddy the waters by delving into all things occult, but gives a straight and detailed answer to the question, "What is Wicca?"
Buy Now

So, how did you do? Maybe you were shocked that you did better than you thought-- or maybe you were flabbergasted to find you didn't do as well as you expected. Either way, it's a good way to assess whether or not any information you've been exposed to so far has been good or bad.

If you didn't do very well, don't blame yourself. Wiccan sources can really be hit or miss. Some people are much more interested in making money by selling books or generating traffic to their site than they are about getting the record straight about Wicca. And some people mean very well-- they love Wicca and want to share what they've learned with the world-- but they have learned from those bad sources.

It is hard to know straight away when you're new if a source is going to be good or bad. I'll do my best to lead you to reputable, accurate information.

Not Everything is Accurately Labeled "Wicca"

Sometimes it's easier to push aside the misconceptions about Wicca before getting to what it actually is. So lets begin correcting some of the worst information. I promise to get much deeper into explanations about what Wicca is and isn't as we go along learning in additional hubs; but for now, allow me to briefly touch on what Wicca is not:

Wicca is not an ancient religion. It was once believed to be, and that myth has unfortunately lingered and is still claimed by a lot of popular authors. But we know that Wicca is a thoroughly modern invention.

Wicca and Witchcraft are not the same thing. Back to when Wicca was being founded, again, it was believed to be the ancient religion of Witches. Once again, reputable historians and sociologists have debunked this claim. One can still be a Wiccan Witch, and traditionally Wiccans do practice The Craft (myself included). But it's no longer a given.

Wiccans don't worship the Earth. We revere it, but we worship our Gods. Wicca is a theistic religion.

Wicca is not every New Age or Occult practice you can name. Certainly Wiccans are free to pursue the Tarot, astrology, crystals, herbalism, runes, I-Ching, phrenology, spirit animals, spiritualism, etc. etc... there are a number of different spiritual practices that go hand-in-hand nicely with Wicca. But that doesn't make them Wicca.

It is important to realize that none of these things are required. And learning these things does not necessarily mean you are Wiccan, or learning Wicca. Think of Wicca as a pizza; these other things are just optional toppings.

Wicca isn't evil or Satanic. We don't actually believe in Satan, and while morals are always something you can debate, Wicca does not condone acts that could be described as "evil". If someone thinks our religion is wrong, or untrue, they have a right to their opinion. But to call us something we are not is ignorance. 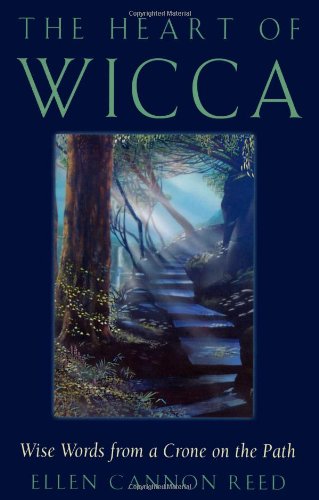 The Heart of Wicca: Wise Words from a Crone on the Path
This book gets down to the nitty-gritty of living your faith as a Wiccan. It shows Wicca is more than just an expensive hobby in which you have to collect lots of witchy tools, herbs and silver jewelery; it's more than dancing around bonfires once or twice a year. It's a lifestyle.
Buy Now

Now we get to the meat (or, for you vegetarians, the tofu) of the article. Mind you, it's not easy to do justice to any system of beliefs in a few short paragraphs, but I will attempt to bullet point it:

Wicca is a religion. First and foremost, Wicca is focused on a relationship with deity, how to live your life by certain principles, tenets, ethics, rites, holy days, etc.

Wicca is a Pagan fertility religion. More specifically than just being a religion, Wicca is a Pagan religion. Worship generally revolves around at least one male and at least one female deity. How Wiccans may view the nature of deity can vary, but generally we are polytheistic Pagans worshiping the Gods and Goddess of many different Pagan pantheons.

Wicca is a modern religion. Gerald Gardner pieced Wicca together through the 1940s. He thought he stumbled on an ancient Pagan Witch cult that had gone underground to escape Christian persecution. Gardner admitted his info was fragmentary. He was well traveled and well learned in various occult and esoteric studies; he worked with Doreen Valiente-- a writer, poet, and fellow student of the occult -- to draw from various complementary sources to piece together a workable system. The ancient underground Pagan Witch cult turned out to be a myth-- yet Gardner had found something that worked: a modern religion, for a modern age, that reconstructed/reinvented ancient beliefs and practices.

Wicca is an experiential religion. Most religions we're used to today are revealed religions, such as Christianity and Judaism-- religions in which people believe a God 'revealed' what he wanted us to know through scripture. Wicca has no scripture, and we do not believe any Gods revealed anything. Rather than specific instructions of what to do and not to do, Wicca provides a framework for tenets and practices through which the Wiccan can learn through personal study, observation and experiences.

So what is this framework? Wiccan tenets? Ethics? Philosophy? Well, that's another article. Several. We'll get there. Be patient.

What do you want to learn?

What kinds of things do you want to know most about Wicca?

What complementary practices do you want to learn to use in conjunction with Wicca?

Check out my hub directory with instructional materials and resources: