Forgiveness in the Book of Romans: Paul's Message of Forgiveness to the Romans 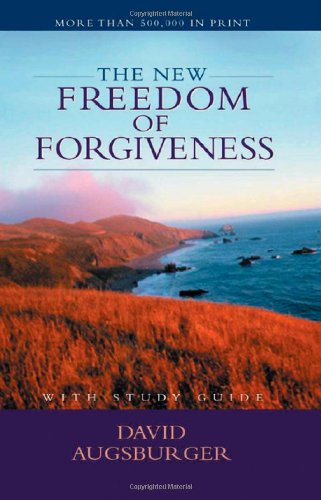 The Book of Romans

After Paul presents the case for the sin nature of humanity, the Apostle builds a foundation for how Christians can find forgiveness for that sin through Jesus Christ in the Book of Romans.

With straightforward language, I believe the third through fifth chapter of the Book of Romans presents the principle of God’s forgiveness more effectively than the dozens of other scriptures about forgiveness.

Beginning in Romans 3:21, Paul tells the Roman Christians even though all will fall short of God’s law in their lifetime, everyone can still be forgiveness and attain everlasting life.

“22We are made right with God by placing our faith in Jesus Christ,” Paul writes. “And this is true for everyone who believes, no matter who we are.”

Despite falling short of the kingdom of God, this message radically changed the way the Romans were taught about salvation. Rather than working hard to follow God’s law only to fail, now Paul came with the news that Jesus Christ came to pay the price for our sins.

Paul shares that God had sent Jesus Christ as a sacrifice for our sins and that by believing in him, we are afforded forgiveness and a path to heaven (Romans 3:25).

Then, Paul reminds us once again that none can boast that our deeds have garnered acceptance by God, but rather, “we are made right with God through faith.”

Careful to observe that the law was not unimportant, the Apostle says if Christians like Abraham were made to follow the law, it would be impossible to be saved by it (Romans 4:13).

“16So the promise is received by faith,” Paul declares, “It is given as a free gift. And we are all certain to receive it, whether or not we live according to the law of Moses, if we have faith like Abraham’s.”

As a result of this free gift, we can claim an abundance of peace, joy and favor for ourselves, just as the Roman Christians were instructed.

“Because of our faith, Christ has brought us into this place of undeserved privilege where we now stand,” Paul writes in Romans 5:2, “and we confidently and joyfully look forward to sharing God’s glory.”

Even in trials and tribulation, Paul begins in the third verse, faith in Jesus Christ provides an endurance that develops strength of character and confidence in our salvation.

In the Holy Ghost, the Apostle writes, our hears are filled with God’s love (Romans 5:5), which is only further illustrated by His sacrificing His only son who “6...came at just the right time and died for us sinners.”

Contrasting Adam from Christ in Romans 5:12-18, Paul writes how the first man to be created brought about sin and as a result, death spread to everyone as everyone sinned.

But, the only Son of God brought about payment for that sin, and as a result, live spread to all those who have faith in Christ even though we are guilty of many sins.

Are you feeling condemned today for not following God’s law to the letter? This portion of the Book of Romans shows us that we are not saved by our deeds, but by affirming our faith in Jesus Christ.

Remember to continuously give praise for God’s sacrifice of His only son, for without this sacrifice, the narrow path to heaven would be impossible to traverse.

Know that God’s goodness and peace is available to all of us, no matter who you are or where you have been! Repent of your sins, strengthen your faith in Jesus Christ and be assured of your salvation today.