What Are the Scariest Tales About Ghost Ships?

The Schooner Lady Lovibond broke up on the Goodwin Sands of the Kent Coast, England on 13th February 1748 after running aground

50 years later to the day two independent reports by ships crews report seeing a ghost ship on the Goodwin Sands. After another 50 years in 1848 fishermen reported a ship wrecked on the sands and a lifeboat was sent to investigate but no ship was found. It was seen again in 1948 reported as looking real but with an eerie green glow. This has lead to the legend that this ship will appear on 13th February every fifty years.

The Paddle Steamer Eliza Battle was destroyed by fire and sank on the Tombigbee River, near Pennington, Alabama in February 1858

Various undated reports by fishermen of a burning ship in the same area as the ship sank. It is also reported that in spring, late at night during a full moon, the ship can be seen rising out of the water and floating up the river with fires burning on deck and the sound of music drifting across the waters.

The Schooner Young Teazer was destroyed after apparently being blown up by a member of the crew in June 1813 in Mahone Bay, Nova Scotia.

During June 1814 and June 1815 there were reports of a ghost ship which vanished in flames in the same location the original ship had exploded. These sightings have since been witnessed by many individuals. It is also said that if you are in the area on the deck of a ship on foggy nights, within days of a full moon, the ghost ship will appear and try to ram your vessel. This apparition is known locally as the “Teazer Light”.

The Sailing Ship Kobenhaven disappeared en route from Buenos Aires to Australia on the 22nd December 1928.

Many sightings were reported in the Pacific Ocean off the Chilean and Peruvian coast up to two years after the ship vanished including a report by the crew of a freighter whose crew say they saw a phantom ship in July 1930 during a storm.

The Corvette HMS Eurydice sank in a storm off the Isle of Wight, England on the 24th March 1878.

The ship has been sighted often over many years by sailors including a report by a Royal Navy Submarine which took action to avoid colliding with a sailing ship only for the vessel to disappear.

The Steamer SS Valencia sank in a storm off Vancouver Island, British Columbia in 1906.

There have been frequent reports, including up to the present day, from sailors of an apparition of the steamer manned by skeleton like figures drifting near the reef in Pachena Point, Vancouver Island.

The Sailing Ship The Griffon vanished on Lake Michigan on 21st September 1678.

Sailors have reported seeing the ships ghostly outline on foggy nights off the coast of Washington Island.

The Sailing Ship The Dash sank off BailyIsland in Casco Bay, Maine in 1812.

Sightings have been reported of an unmanned ship in the area which when approached suddenly disappears.

The Schooner Rouse Simmons disappeared on Lake Michigan en route from Thompson, Michigan to Chicago on the 22nd November 1912.

Phantom bells and cries, and mysterious lights were reported days after the ships disappearance. It is said that the best time to see the ship is Christmas Eve or Christmas Day when it appears on a misty horizon at dawn or dusk.

The Sailing Ship Princess Augusta allegedly ran aground and broke up and sank near Block Island, Rhode Island 26th December 1738.

There are some reports from local people of the sighting of a burning ship sailing past them. Even more curious are reports that this ship may never have existed. 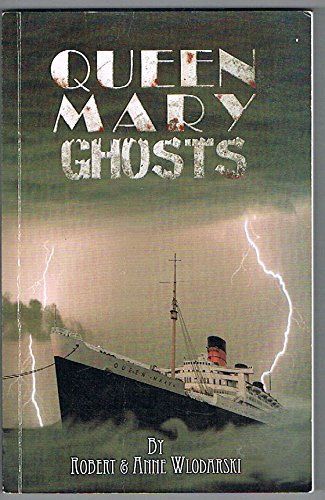 Queen Mary Ghosts: History and Hauntings Aboard the Most Haunted Ship in the World
Buy Now