There are hundreds of ghost stories that circulate throughout Michigan. Most of them are pure legend. Some are based loosely on facts, but some are founded entirely in truth. My personal favorite is the story of Minnie Quay. Whether or not you believe in ghosts, the events leading to her death are true. The location is not a ficticious ghost town, but a real town that exists still today.

Along the shore of Lake Huron, in Michigan's "thumb" area, lies the town of Forester. In its heyday, Forester was a bustling logging town and port of call for ships carrying lumber throughout the Great Lakes.

In the middle 1800's forester boasted four large warehouses situated near a huge pier that extended well into Lake Huron. There was also a general store, a fabulous church, and several hotels.

The legend of Minnie Quay

While Forester is still a small town (population just over a thousand), it has stepped into this century. But if you look, you can still find remnants of that long ago life.

The most popular hotel of that time, Tanner House, still stands today. As do a few of the homes, though long abandonned and boarded up. Among these there is one which, until recently, had a sign above the door which read "Quay-1852".

I'm told this sign was removed, probably by a souvenir hunter, but it is widely believed that this was the house of Forester's most famous resident.

Minnie Quay was a beautiful teenage girl, known and loved by everyone in Forester. As the story goes, she had fallen in love with a young sailor, whose ship often docked at the Forester pier.

The affair bothered many of the people in town, none more so than her parents. Her mother was heard to say she would rather see Minnie dead than married to a sailor. At the age of sixteen, Minnie granted her mother's wish.

She was forbade to see the young man, and was not able to say goodbye when he left the pier in the spring of 1876. Word came to Forester that a storm had taken the young man's ship to the bottom of the lake, as often happens around the Great Lakes. Minnie was beside herself with grief.

On April 26, 1876, Minnie was left at home to watch her younger brother. As he slept, she donned a white gown and walked out of the house toward town. People at Tanner House waved as she walked by on her way to the pier. They then watched in horror as she threw herself into the storm-tossed waters of Lake Huron, to join her true love.

The Ghost of Minnie Quay lives on

It is said that Minnie lives on in Forester. She can sometimes be seen walking the beach in sorrow. I have also heard that she sometimes calls to women, trying to entice them into the water to join in the search for her young sailor. There is even one report of a young lady who answered this call before jumping into the water to drown.

She has also reportedly been seen around Tanner house, as well as the stone pilings that are all that remain of the Forester Pier.

While there are many other ghosts reputed to reside in this town, Minnie is the only one to achieve legendary status. She is loved by local residents and tourists alike. People often seek out the Forester cemetery to leave small gifts on her headstone. I'm not sure how this practice came about, but among the gifts commonly left, are small stones and coins.

I have heard that she has occasionally visited there, as well. Perhaps to show gratitude to all who visit.

The Legend Of Minnie Quay Told In Song

There is a poem that was written nearly a hundred years ago that recounts Minnie's tale. It is still popular today. If you are interested, you can read it here. As always, thanks for stopping by my corner of the web. 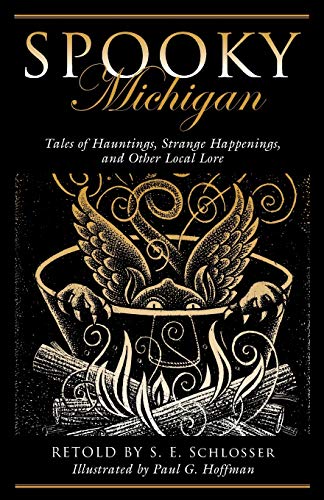