Against Israel, Against God?

With the outbreak of renewed conflict in Gaza, I've been seeing many facebook posts about Israel, and wanted to share some observations and thoughts.

Many Christian circles (predominantly including evangelicals) believe on the basis of Biblical interpretation that Christians are morally obliged to support the State of Israel, and "to be against Israel is to be against God".

Some common Biblical verses that I have seen used are:

From Pat Robertson: "Of course, we, like all right-thinking people, support Israel because Israel is an island of democracy, an island of individual freedom, an island of the rule of law, and an island of modernity in the midst of a sea of dictatorial regimes, the suppression of individual liberty, and a fanatical religion intent on returning to the feudalism of 8th Century Arabia." (Emphasis mine).

It seems Christians that are strictly Pro-Israel will often forcefully assert that, since Israel is the "first born child" of God, that 1) they will always be protected from defeat, and 2) they have a right to land that God promised them (the Israeli State) regardless of the claims that Palestine may have to it.

So the questions are... are Christians morally obligated to be Pro-Israel? Is God Pro-Israel? Is it ok for Israel to use war to fulfill what is "rightfully theirs"?

What did God Promise?

Did God promise the Jewish people that he would make them a nation state? That's what it appears to be on the surface--God promised Abraham that he would make of him a great nation and his descendants would be more numerous than the stars. And indeed, it seems that this is the primary justification that Israel has used, for 4000 years, to claim the land they now inhabit has rightfully theirs.

Then the claim becomes much less about the land that the Israelites were promised, and more about handing on and living the faith that continually blessed Abraham and all who kept the covenants after him.

Did God promise a savior or a messiah to the Jews? Yes, he most certainly did, and for me this is where the greatest amount of confusion comes from about Christians who so vehemently defend the State of Israel. The Jews missed the promised Messiah. They were expecting a political leader who would establish a state of Israel. Many of them missed Jesus as the messiah because he was more about the spiritual kingdom (that God promised the Jewish patriarchs like Abraham), and advocated peace with the local government (wait... he wasn't a revolutionary?!).

This fact seems lost on some Christians--God does not need to establish the Israeli state to fulfill his promises to Israel. He has already done so through the sending of the Messiah, and he will continue to do so as he reconciles his Jewish children to himself at the time of his Second coming. To equate the State of Israel with the fulfillment of God's covenant to the Jews is to confuse Politics with Theology. 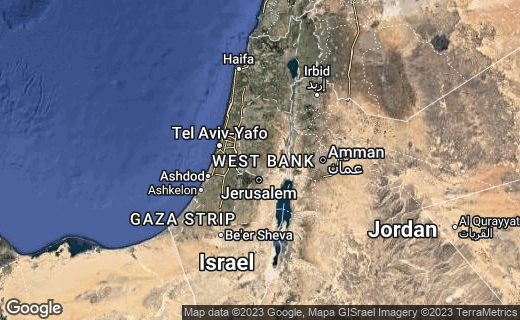 One of the risks that Christians take when they are un-waveringly pro-Israel is that whether they mean to or not, they are implicitly endorsing the violent means by which the State of Israel maintains its land.

That area of the world has a rich history of violence and war, and Israel does not bear all the blame in the exchanges of violence. But this ongoing war is NOT something that God desires. To assert that it is, is to restrict your understanding of God to only the Old Testament. Regardless of whether or not the Jewish people have a right to populate or exclusively own the land, they have no right to the violence which is currently being used, and in fact, to conduct themselves in such a way would, in fact, be grounds for God to NOT fulfill their covenant which they believe they are entitled to. Covenants are a give and take... not just a take.

Therefore, if you really are going to say you are "Pro-Israeli State" please try to make sure you are not endorsing the means by which they are obtaining that state.

Please don't try to pressure other Christians into being 'Pro-Israel', it is NOT some moral imperative derived from a reading of Biblical Covenants. In fact, it is derived from reading the Bible apart from its Typological intent and imposing one's own POLITICAL beliefs on a theological matter.

Do Jews need an Israeli State to be "saved"? Is the State the fulfillment of their covenant with God? No, it is not.

You can be Pro-Israel if you want... but leave me out of it, I just want peace. And even if that comes at the expense of an Israeli State, it may just save some souls.

For more information on my beliefs about Jewish-Christian relationship, and the relationship I believe that Jews have with God, please read here.