A two-hundred-year-old doll discovered under a house in a small country town is believed to be possessed. Mr. Walton, who discovered the doll in 1972, believes the strange mannequin is possessed by the spirit of a young boy who drowned over two-hundred-years ago in Europe.

The supernatural saga began more than thirty-years-ago when Mr. Walton - returning to his birthplace for his grandmother's funeral - decided to put aside his childhood fear of an old haunted house.

An avid collector of old bottles, he crawled beneath the ancient floorboards of the long deserted dwelling, and with torch in hand - spat aside dust and cobwebs in search of antique glass treasures.

Suddenly, the torch swept across a face - a face that made his blood run cold.

'What I found was something that looked like a dead child,' Mr. Walton explained.

'I jumped in fright and almost knocked myself out when my head whacked a floor beam.'

Avoiding its gaze, Mr. Walton inched closer and discovered the object was in fact a hideous doll.

'Its clothes turned to dust in my hands,' he said. 'What I can't understand is the house had been flooded many times over the years, so why weren't the clothes washed away?'

Strange, but even more unusual was the sudden demolition of the abandoned house less than a month after the doll was removed.

'The house had been standing there for over a hundred-years and suddenly it was pulled down,' Mr. Walton said. 'It was almost as if the doll knew what was about to happen and directed my actions. I found that very weird.'

But perhaps the most inexplicable aspect of the find was the presence of a real brain within the doll.

'When one lifts up the top of the doll's head - there's a brain,' Walton said. 'It looks something like the color of wet newspaper.'

After placing the doll in a sack and loading it into his van, Walton and his brother set out for the long journey home.

'I was dozing in the passenger seat when my brother nudged me awake and said the doll was making noises. I listened carefully, and could hear the bag rustling in the compartment behind us. My brother was really shaken, and I had to take over the driving, even though I was just as nervous.'

The next shock came when Walton arrived home and his normally placid corgi turned savage the moment he saw the doll.

Then his relatives told him they felt repulsed by the figure - 'the way its eyes are on you all the time,' one of them stated.

Walton's children played with the doll during the day, but when it was left in their room one night they woke screaming and he was forced to store the effigy beneath the house.

For nearly five-years that's where the doll remained, until he decided to take it to a museum in Sydney.

It began to rain heavily when the doll was placed in the car. Chillingly, Walton would soon learn this would happen whenever he took the mannequin out in public.

In Sydney, excited museum experts told him the doll was between 170 and 250 years-old, the work of a Romanian gypsy craftsman.

Gypsies of that time believed strongly in spirit transference and creating dolls through which a human soul could take sanctuary after death.

Learning the age and rarity of the object, Walton thought it might generate a good price, and advertised the doll for sale.

Receiving a generous offer, he loaded the doll into his vehicle - in the rain - and set out for the buyer's residence, but upon arriving couldn't get out of the car.

'I was glued to my seat. No matter how hard I tried, I couldn't move.'

As if sensing Walton's money woes, the doll quickly became a talk-show celebrity. And on one occasion, the host of a daytime program arranged a consultation between the doll and a highly regarded psychic.

'When the doll arrived at my office (in the rain) a painting immediately fell from the wall and the clock stopped,' the psychic said.

'The camera crew organized themselves and I placed the doll on my lap. Then, ever so slowly, the doll moved its head.

'You could hear the wood creaking as it turned and looked directly at the camera. One of the cameramen went deathly-white and fled out the backdoor. The entire event was broadcast to thousands of viewers.

'As I tuned into the doll, I discovered the soul of a six-year-old boy was trapped within the wooden vessel. The child had drowned during a storm in an isolated area of Romania. His father, overcome with grief, fashioned a life-size figure in readiness for the ceremony of soul transference.

'The child has been imprisoned for centuries. He's confused and frightened,' the psychic told her television audience. 'The doll was brought to Australia by an immigrant, and stored beneath a house.'

When a national magazine ran a story about the doll and the psychic's revelations, a group of American paranormal investigators travelled to Australia to conduct a séance - and the effigy unexpectedly spoke through them, and confirmed everything the local psychic had stated.

'The Americans told me I would never be able to get rid of the doll,' Walton said. 'At least that explains why I couldn't get out of the car.'

Impressed, the Americans desperately wanted to place the doll on the lucrative US talk-show circuit, but Walton refused - agreeing instead to a request by a famous Australian astrologer to conduct national tour.

At one show, more than 200 people watched as the rain poured down outside. 'We had placed the doll on stage and the crowd was beginning to gather around when suddenly a woman started screaming,' Walton remembered.

Then, as the hushed crowd looked on, the doll moved its head.

'On rare occasions I have actually seen the doll move myself,' he said. 'For a long time I had him sitting in an old rocking-chair upstairs. His arms and legs would move on their own.'

'Many times we've had tradesmen arrive and they have refused to enter the house, even though they had no idea we owned the doll,' he added. 'They just felt an evil presence and refused to come inside.'

'Some days I visit him and he looks very sad,' she said. 'Other days he seems happy and smiling.

'I know it sounds weird, but he does change he's facial expressions.' 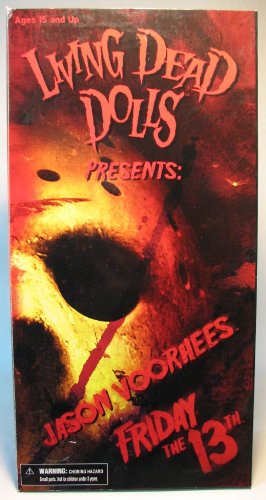 Life Like Dolls: The Collector Doll Phenomenon and the Lives of the Women Who Love Them
Buy Now