On the occasion of the forty-eighth anniversary of the Tibetan people’s peaceful uprising in Lhasa in 1959, I offer my prayers and tribute to all those Tibetans who have suffered and sacrificed their lives for the cause of the Tibetan people. I also express my solidarity with those who are presently suffering repression and imprisonment.

In 2006, we witnessed both positive and negative changes in the People's Republic of China. On the one hand, the hard-line position was intensified with a campaign of vilification against us, and more disquietingly, heightened political restriction and repression in Tibet. On the other hand, in China itself, we saw some improvement with regard to the freedom of expression. In particular, there is a growing feeling among Chinese intellectuals that material development alone is not sufficient and that there is a need to create a more meaningful society based on spiritual values. Views that the present system is inadequate to create such a society are gaining ground, as a result of which belief in religion in general, and particularly interest in Tibetan Buddhism and culture, is growing. Moreover, there are many who express their wish that I make a pilgrimage to China and give teachings there.

President Hu Jintao’s continued call for a harmonious society is laudable. The basis for the realization of such a society is to foster trust among the people, which can take place when there is freedom of expression, truth, justice and equality. Therefore, it is important that officials at all levels not only take heed, but also implement these principles.

With regard to our relations with China, since around 1974, realizing the inevitability of an opportunity to engage some day in dialogue with China, we have made preparations to achieve genuine, unified, autonomy for all Tibetans, as enshrined in the Chinese constitution.

In 1979, China’s paramount leader Deng Xiaoping proposed that except for independence, all other issues regarding Tibet could be resolved through negotiations. As this was in accord with our thinking, we adopted a mutually-beneficial Middle-Way policy. Since then, for twenty-eight years, we have consistently and sincerely pursued this policy, which was formulated as a result of thorough discussion and analysis, based on the broad objectives of addressing the immediate and long-term interests of both Tibetans and Chinese, peaceful co-existence in Asia and protection of the environment. This policy has been endorsed and supported by many pragmatic Tibetans in and outside Tibet and by many countries.

The most important reason behind my proposal to have genuine national regional autonomy for all Tibetans is to achieve genuine equality and unity between the Tibetans and Chinese by eliminating big Han chauvinism and local nationalism. This will contribute to the country’s stability through mutual help, trust and friendship between the two nationalities and to the maintenance of our rich culture and language based on a proper balance between spiritual and material development for the benefit of the whole of humanity.

There is nothing wrong with infrastructural development such as railway in itself. However, it is a source of deep concern that ever since the railway line became operational, Tibet has seen a further increase in Chinese population transfer, deterioration of its environment, misuse and pollution of its water, and exploitation of its natural resources, all causing huge devastation to the land and all those who inhabit it.

Although there has been a certain number of educated and capable communist party members among the people of minority nationalities, it is unfortunate that very few of them have attained leadership positions at the national level; and some of them have even been given different labels such as separatists.

In order to provide real benefits for both the majority and minority nationalities as well as the central and local governments, a meaningful autonomy should be put into place. Since this particular autonomy is for the minority nationalities, the demand for a single administration of the Tibetan nationality is sincere, just and transparent. It is clear to the world that we have no hidden agenda. As such it is the sacred duty of all Tibetans to continue our struggle towards fulfilling this reasonable demand. No matter how long it takes, our courage and determination shall remain unchanged until we fulfill our aspirations. The struggle of the Tibetan people is not about the struggle for the status of a few Tibetan individuals; it is the struggle of a people. We have already transformed the exile Tibetan administration and community into a genuine democratic system, with a succession of leaders elected for the people by the people themselves. We have thus set up a deeply-rooted, vibrant social and political institution that will carry forward our struggle from generation to generation. In the end, the ultimate decisions will be made democratically by the people themselves.

Since the resumption of direct contacts between the Tibetans and Chinese in 2002, my representatives have conducted five rounds of comprehensive discussion with concerned officials of the People’s Republic of China. In these discussions both sides were able to express in clear terms the suspicions, doubts and real difficulties that exist between the two sides. These rounds of discussion have thus helped in creating a channel of communication between the two sides. The Tibetan delegation stands ready to continue the dialogue anytime, anywhere. The Kashag will provide the details in its statement.

I greet all those Tibetans in Tibet—communist party members, leaders, officials, professionals and others—who have held on to the Tibetan spirit by continuing their efforts to work for the genuine interest of the Tibetan people. I express my deep admiration for their immense courage to do whatever they can in the service of the people of Tibet. I also express my deep admiration to the Tibetans in Tibet who, against all odds, have made efforts to preserve the Tibetan identity, culture and language, and for their steadfast courage and determination in realizing the aspirations of Tibetan people. I am confident that they will continue to strive for our common cause, with renewed dedication and commitment. I urge all Tibetans in and outside Tibet to work unitedly for a secure future based on equality and harmony of nationalities.

I would like to take this opportunity to wholeheartedly thank the people and Government of India for their unwavering and unparalleled generosity and support to us. I also express my gratitude to all those governments and people in the international community for their concern and support to the Tibetan issue.

With my prayers for the peace and wellbeing of all sentient beings,

(Translated from the original in Tibetan)

Books about the Tibetan Uprising 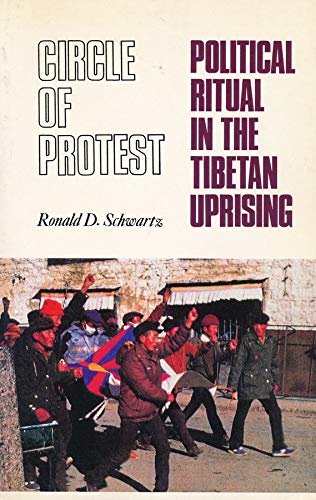