St. Michael’s Cemetery sits on eight acres in the heart of Pensacola in Escambia County. In use since the mid-1800s there are over 4,000 interments here.

The ghostly occurrences here include a woman dressed in white hovering around the tombstones. Voices are heard late at night and various colored orbs are seen. Strange lights also encircle some of the tombstones.

Coon Hill Cemetery started around 1820 with the first settlers to the area. It is the oldest in the northern part of Santa Rosa County. There is a concrete wall around the cemetery that was built over a hundred years ago.

This cemetery is very haunted and very dangerous. The wall around the cemetery is wide enough to walk on and several people have claimed to have been pushed off by unseen hands as they try to walk around it. There have been some broken bones as a result.

The cemetery is in an isolated area and not easy to get to. Several murders have supposedly been committed here. The closest town is Chumuckla and it is about eight miles away.

Disembodied voices are heard on a regular basis. Investigators have tried without success to record in the cemetery, but once inside all electronics go dead. They did take a picture of a little girl inside the cemetery while they were standing outside of it. She said, “Take my picture.” They did and she disappeared.

Bagdad Cemetery is located in Bagdad, east of Milton in Santa Rosa County. It sits on about ten acres with houses on three sides and a forest on the other. There is a mixture of old and new graves with about 2,000 interments.

The Pensacola Paranormal Society investigated this cemetery in June of 2008 between 7:00 p.m. and 10:00 p.m. Here is what they reported.

They took a photo that contained a brown blob. As the picture was being taken one of the psychics said a “Mr. Busby” was telling her to fix his flowers.

There were spikes in the EMF (Electromagnetic Field) readings on the northern most road toward the western end. It also rose and stayed steady for five to ten seconds near a tombstone marked “MALONE.” Several EVPs (Electronic Voice Phenomena) were recorded here also.

One psychic reported seeing a young girl with light brown hair and wearing a blue dress dancing around a tree.

Cobb Cemetery is located near Milligan in Okaloosa County. There was some major vandalism here in the mid-1990s and many tombstones were destroyed. It is unknown when this cemetery began. There are 62 documented interments, the oldest in 1869. The cemetery is at the end of a very narrow dirt road. You cannot turn around until you reach the end.

The main ghost here is an old man in his late 80s. He only appears at 1:24 a.m. and the legend is he is looking for his wife.

There are also ghosts of men who have been lynched and ghosts dressed like the Ku Klux Klan. What looks like white sheets flapping have been seen momentarily and then they disappear.

Newberry Cemetery is in Alachua County and dates back to at least 1849. There are over 1,000 interments.

This cemetery has an odd assortment of hauntings. There are many colorful orbs. As many as 70 have been seen at one time.

The gate at the back of the cemetery has a ghostly gatekeeper. He doesn’t interfere with the comings and goings but keeps a watchful eye on things.

Another odd sighting is of three shadow krakens. Krakens are a legendary sea monster similar to giant squids.

Newnansville Cemetery is one of two cemeteries that are all that is left of the town of Newnansville. The town started in 1826. It flourished until 1884 when the Savannah, Florida, & Western Railroad bypassed it by only 1.5 miles to the southwest. This is where the town of Alachua sprang up. In 1886 a freeze ruined the citrus crop and residents started moving to Alachua and Gainesville. The cemetery has over 1,500 interments.

The local police told paranormal investigators that this cemetery is one of the most active (in terms of hauntings) in the state, but care should be taken if visiting at night because some local Haitians use it in their practice of voodoo.

Ghosts are often seen walking around in the cemetery at night.

Little Ruth Church Cemetery is a small cemetery located in Green Cove Springs in Clay County. It is very well kept and has roughly 150 interments dating back to at least 1959. There are several tombstones with “unknown” for the dates.

This cemetery is full of dark apparitions. There is one in particular that has been nicknamed “The Runner.” He follows people around and has a very distinct gait. It sounds as though he is shuffling his feet. He also leaves the cemetery to follow people walking on Highway 17.

There are claims of succubi inhabiting this cemetery. A succubus is a female demon who has sex with men while they are sleeping. Not sure why anybody would intentionally sleep in a cemetery. 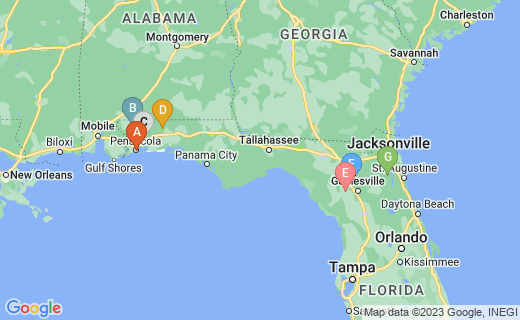 This is an African-American Cemetery dating back to the 1800s. Spring Hill Cemetery is located off Fort Dade Avenue in Brooksville in Hernando County. It has 305 documented interments.

There are several ghost sightings that appear here. One is the specter of a man hanging from a tree. He is only seen right at dusk.

At certain times during the night a baby can be heard crying.

There are family plots where groups of ghosts can be seen hovering around the tombstones.

Umatilla Cemetery is a large cemetery located in Lake County. Golden Gem Drive runs through it. It began in the 1800s and is surrounded by two lakes and an orange grove. There are over 2,000 interments.

The road that runs through it divides the new section from the older one. There is very little, if any, hauntings in the new section. The old section is a different story though.

The older section is obviously full of energy. There are many cold spots. There is a constant feeling of being watched and people have said they always feel like they are seeing something out of the corner of their eye.

Many strange noises occur such as voices crying out for help and a woman screaming.

The orange grove beside the cemetery is also said to be haunted.

Boston Cemetery, also known as Boston Hill Cemetery, is located hear the Oviedo City Hall. It is predominantly an African-American cemetery dating back to the late 1800s. There are approximately 600 interments.

There is a ghost seen on a regular basis of a man hanging from a tree with a woman sobbing on the ground at his feet. Footsteps are often heard with footprints left in the dirt or the grass mashed down.

There are cold spots felt in different places throughout the cemetery. Fog is also seen spinning like a whirlwind.

Saint Luke Lutheran Church Cemetery is in Oviedo in Seminole County. It is also known as Saint Jude’s Cemetery or Slavia Cemetery. It has been here since the early 1900s and has about 700 interments.

There is a small building in the center of the cemetery that is haunted. People who stand at the corner of the building to the right of the door claim to feel a strange, almost threatening presence. Sometimes it is hard to breathe or hands will start tingling. Also red marks may show up on their neck.

Shingle Creek Cemetery is located on Old Vineland Road behind the Shingle Creek United Methodist Church in Kissimmee. There are roughly 500 interments here dating back to its founding in 1865, making it the oldest cemetery in Osceola County.

Restlawn Memorial Gardens is only about a half century old, but it already has its share of hauntings. Located in Port Charlotte in Charlotte County, it has over 10,000 interments.

There was an old shack on the property where visitors were routinely subjected to horrible odors and icy cold spots. There have also been a few sightings of a ghost woman.

A very strange phenomenon also occurs in the areas surrounding the cemetery. On many occasions people hear swarms of bees which can be quite terrifying, but then no bees are ever found.

St. Paul’s Episcopal Church Memorial Garden in Key West held their first service on Christmas Day, 1832. The widow of John William Charles Fleming donated the land with the stipulation that his remains stay on the property. The location of his grave site is unknown. There are 62 interments, the oldest being in 1834.

There are several ghosts here. One is a man who supposedly drove all the pirates out of Key West all by himself. Whirlwinds are said to materialize on windless days and go right through the tree by his grave site without falling apart. Apparently he is not a friendly ghost as he has actually attacked visitors. One ghost tour company has even stopped coming here because of him.

There are children buried in one corner of the cemetery and you can hear them laughing and playing. But please do not smoke there, because it upsets the children. They all burned to death, along with their teacher, during a Sunday school class. The pastor set fire to the building after finding out his wife, the teacher, was having an affair with the deacon. 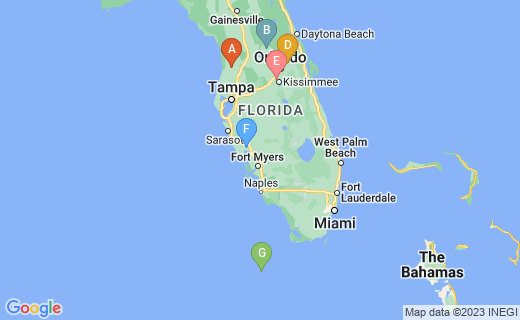