Haunted Cemeteries in Massachusetts - Part One

Massachusetts was home to the very first settlers to the New World. The Pilgrims established the first settlement at Plymouth Colony in 1620. With such a long history, one would assume there are a lot of haunted cemeteries here. There most definitely are. I found 35 of them in about two minutes. There are 4,173 registered cemeteries in Massachusetts and countless unknown family plots. Here are just some of the cemeteries that are haunted.

October Mountain Cemetery is located near Washington and Lenox in Berkshire County. It is inside the October Mountain State Forest on West Branch Broad. There are 39 marked graves, the oldest belonging to Samuel C.P. Barnum in 1810.

The entire forest is said to be haunted but the small cemetery even more so. One ghost here is Anna Pease, a little girl that died four months shy of her eleventh birthday. She is the only child buried in the cemetery. People have reported seeing little Annie running and playing by herself in and around the cemetery. Her mother, Olivea, is also buried here, but there have been no reported sightings of her.

Throughout the 1970s there were reports of two strange lights that would appear here and then take off straight up into the night sky.

There have also been reports of a Bigfoot-like creature in 1983 and then again in 1989.

Aspen Grove Cemetery is located in Ware, population 10,000, in Hampshire County. It was established around 1852 and has over 2,000 interments. One semi-famous grave here is of William Arthur Cummings. He was a professional baseball player who played with the New York Mutuals in 1872. He is known for being the first pitcher to throw a curveball.

Not only is the cemetery haunted but supposedly all the area around it. Orbs and streaks of light have been seen on a regular basis. A photograph that was taken appeared to have a man walking with a cane when the picture was developed.

There is a very strange tombstone here. It is very, very old with no date on it. All it says is: IT.

Pine Hill Cemetery is located in Westfield in Hampden County. There are over 12,000 interments dating back to the early 1800s. Governor Joseph Ely was buried here in 1956.

According to the locals, the back hill of the cemetery is haunted. During daylight hours visitors report the feeling of being watched and a man’s voice in the woods. At night the feeling is more intense and there is a definite feeling of not being wanted there.

There is also a legend about a very large monument. If you are sick or depressed, hugging one of the pillars will make you feel better.

There have been a few reports of rocks being thrown at passing cars from inside the cemetery, but no one is ever seen. 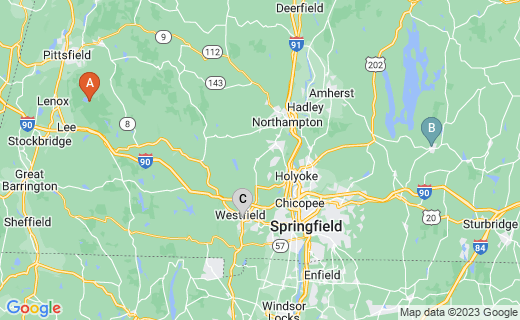 Old Centre Cemetery is also known as Royalston Center Cemetery. The nearest town is Royalston in Worcester County. There are close to 1,000 interments dating back to the early 1770s.

The cemetery is relatively small and has a short wall made of stones running around it. A ghost woman with long blond hair has been seen, as well as a dark figure that darts around quickly.

The typical cold spots are present along with feelings of being watched. A few people have even reported being touched by unseen hands.

New Boston Cemetery is located near Winchendon in Worcester County. There are over 200 interments dating back to the late 1700s. New Boston was a small community that ceased to exist after the Birch Hill Dam flood control project started in the 1940s. The cemetery is pretty much all that is left of the town. It lies within the Otter River State Forest.

There is a ghost here that you can only see if you put your back up against a particular tree. Then you will see an angry man hanging from the tree.

Dean Hill Cemetery is a tiny one-acre cemetery with thirty-nine interments. Locals call it “The Rev” because of the soldiers buried here. It is located on Caswell Road, which is a dirt road, at the top of Ashburnham Hill near Fitchburg in Worcester County. The readable dates range from 1791 to 1901. There are some Revolutionary War soldiers from Fitchburg buried here.

The locals consider this place haunted, but they’re not sure if the ghosts are soldiers or something far less friendly. One is a man who was murdered and his body burned beside the cemetery. Another is a girl who was killed when the car she was driving drove straight into a tree.

There have been rumors of satanic rituals being performed here.

Visitors report the constant feeling of being watched.

Hope Cemetery was established in 1854 in Worcester. It was the sixth cemetery in the city and the graves from the first five were moved here. It covers 168 acres and was placed on the National Register of Historic Places in 1997. There are over 20,000 interments here, the oldest dating back to before 1750.

There is a statue here of Jesus holding an angel. Apparitions are seen near the statue, along with the sound of children’s laughter.

One visitor to the cemetery tells the story of visiting her grandmother’s grave. She saw a little girl kneeling at a nearby grave and crying. The woman smiled at the little girl. The little girl smiled back and then abruptly vanished.

Pine Grove Cemetery is located in Spencer in Worcester County. There are over 1,600 interments dating back to 1808.

There is an entity here that keeps an eye on visitors to the cemetery. He is known as The Dark Hunter. He does not appear to be threatening, just very watchful.

Quaker Cemetery, also known as Friends Cemetery, is located in Leicester in Worcester County. It was founded in 1740 by the Ralph Earle and John Potter families, the first Quakers in Leicester. The cemetery is also called the Spider Gates Cemetery because of the design on the front gates. It was originally intended to be rays from the sun.

There are several hauntings taking place here. One is The Hanging Tree. A man committed suicide by hanging himself and on moonlit nights he can still be seen hanging there.

Kettle Brook flows just outside the cemetery to the south. It has been nicknamed The River Styx. The legend is, if you put a certain kind of stone on a particular tree there then the devil himself will come and talk to you.

Late at night children can sometimes be heard laughing. Strange howling is heard and spots of foggy mist are seen. 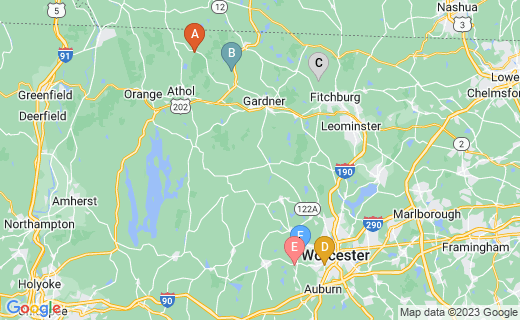 Tewksbury Cemetery is located in Tewksbury in Middlesex County. There are around 2,000 interments dating back to the late 1700s. The cemetery is also called the New Center Cemetery.

There are two ghosts here. One is a woman who is very pale. The other is a being that follows visitors throughout the cemetery. It is described as being a “leather-skinned creature.”

Holy Cross Cemetery is located in the town of Malden in Middlesex County. It was established in 1868 and through the years has grown to around 180 acres. There are over 500,000 interments here. There are three Congressmen and six Congressional Medal of Honor Recipients buried here.

There are several ghosts here. One is nicknamed The Lady in Grey. She is seen hitchhiking on Lynn Street which runs through the center of the cemetery. After someone picks her up, she simply disappears. This story has been around since the 1960s.

There is another ghostly woman dressed in white. She can be seen walking on or across the street. Supposedly, she was killed on her wedding night and she is looking for her husband. 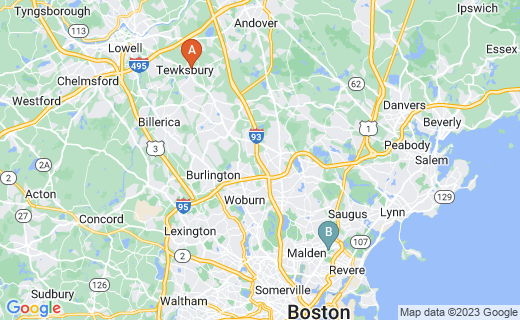