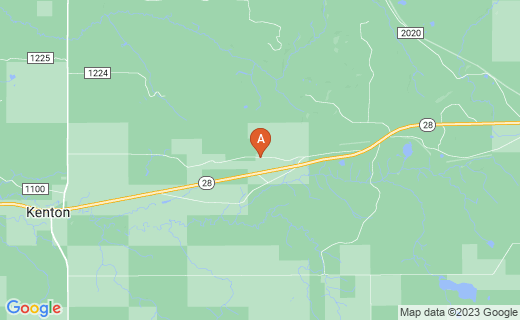 Kitchie Cemetery was established in 1809 between Sidnaw & Kenton in Dundan Township in Houghton County. It is in the Ottawa National Forest. A small cemetery, it only has 19 marked graves, the most recent in 1901. I assumed such a small graveyard that was only used for 12 years was a family cemetery. That doesn’t appear to be the case. Of the 19, one is unknown and the other 18 have 18 different surnames, none of which is Kitchie. It seems that there was a place named Kitchie that no longer exists. Of the 19 graves, 11 of them were children younger than 8 years old. No one here died of old age.

It seems there should be more hauntings here than what is reported. People do report hearing screams with no source. There have also been many sightings of floating orbs that surround cars that come to the area. The weirdest phenomena though is the sound of chainsaws.

There are several children of soldiers buried here. The only reported ghost activity in the cemetery is an unknown woman who can be seen crying near the children’s graves which are in the back left corner.

There have been reports of the sound of horses walking down the road leading to the cemetery.

Fort Mackinac Post Cemetery is about a half mile north of the actual fort near Skull Cave which was a Native American burial ground. The earliest burials occurred in the mid-1820s. There are approximately 108 interments here and of those 69 are unknown. It has been listed as a National Historic Landmark since 1960.

There are several children of soldiers buried here. The only reported ghost activity in the cemetery is an unknown woman who can be seen crying near the children’s graves which are in the back left corner.

There have been reports of the sound of horses walking down the road leading to the cemetery. 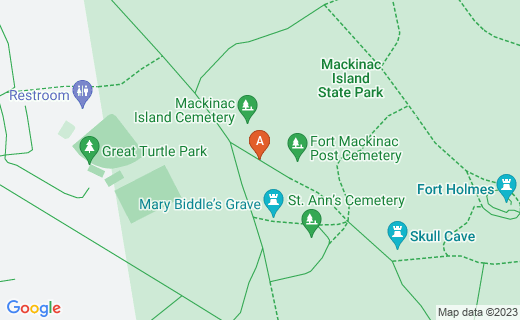 Pere Cheney Cemetery is also known as Center Plains Cemetery or just Cheney Cemetery. It is in a very remote area and not easy to reach. It was established in 1820 and has approximately 98 interments. The graveyard itself is well maintained, but many of the tombstones are broken, missing, or unreadable. The closest town is Grayling in Crawford County.

There may be several mass graves here after an outbreak of small pox and later a huge fire that destroyed most of the town of Pere Cheney.

Electrical devices are known to only work sporadically within the confines of the cemetery. There have been reports of apparitions of both men and women wandering around. Children’s laughter is also frequently heard.

There is not much left of the original town of Pere Cheney, but it seems to be common knowledge that what is left is haunted by the previous townspeople. 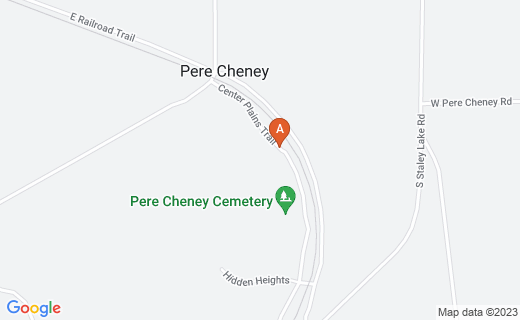 Nunica Cemetery was established in 1883 in the little town of Nunica in Ottawa County. It is notorious for being the most haunted cemetery in Michigan.

The main ghost in this cemetery is of Joel A. Bond. He was born in 1844 in Coopersville and died in 1913. Mr. Bond was in Company G in the 21st Michigan Infantry. He is a quiet ghost that just wanders around and watches.

Many orbs and other mysterious balls of light are often seen coming out of the cemetery. Sounds of yelling and talking late at night are also heard. Some people have even claimed to have been pushed or touched by invisible hands.

There have been rumors of an ancient Indian burial ground in the vicinity, and that could be why this place is so active. There have been some reports of apparitions of Indians walking the grounds very late at night.

Ada Cemetery was founded in 1821 by Rix Robinson, and he was the Supervisor when Ada became a township in 1838. Located in Kent County, there are around 1,500 interments.

The legend of this cemetery is known as The Ada Witch. The story goes like this.

A young woman was unfaithful to her husband and would meet her lover on 2 Mile Road in a wooded area around the cemetery. The husband found out about her treachery and one night followed her to her rendezvous. Overcome by jealousy and anger he ran up to the couple, grabbed his cheating wife, and then beat and strangled her to death where she stood. That did nothing to calm his rage and he went after the lover. The lover would not go down without a fight and when it was over they had beaten each other to death.

Witnesses have claimed to see an apparition of the woman in the woods. Some say she is a beautiful dark-haired woman. Others say she has the wounds of her death plainly showing.

Blueish-green orbs and mists have been seen floating in and near the cemetery. There are also sounds of a woman screaming or crying. Hunters in the area have told stories of hearing footsteps behind them or feeling a tap on their shoulder, but when they turn around no one is there.

Machpelah Cemetery was founded by David Oppenheim in 1912 in Ferndale and is sometimes referred to as Machpelah Jewish Cemetery. Located in Oakland County it has over 16,000 interments.

One legend in this cemetery is that if you go right at midnight you can hear screaming and bells ringing from the park on the other side of the cemetery. The sounds can last as long as three hours.

This cemetery was established in 1832 when local farmer William Ganong set part of his land aside for the purpose of burials. It is also called Butler Cemetery. Located in Westland in Wayne County, it has a little over 350 interments. It is owned by Wayne County and no longer open for business.

One of the ghosts here is a woman with long blonde hair dressed in white. She has been seen crossing the road in front of the cemetery and has even caused a few auto accidents. The woman has also been seen inside the graveyard with a man who appears to be wearing a gray uniform.

Voices and rattling chains are also heard here at times, usually around dusk or dawn.

Redford Cemetery, formerly known as Bell Branch Cemetery, is owned and operated by the Redford Cemetery Association in Wayne County. It was established in 1831 and is still in use. There are over 2,000 interments.

This cemetery has had several reports of ghosts. Many people hear the sound of a woman crying, but the woman is never seen. Others have claimed to feel the ground rumbling. The cemetery is surrounded by forest and dark apparitions have been seen walking there.

There is a legend here called The Gardener’s Grave. It is located to the left of the entrance. If you stand there for a bit ,you will suddenly get a strong smell of death and then you will see the ghost of the gardener coming over the hill on the left. He is only seen for a few seconds and then disappears.

The first burial in Riverside Cemetery was in 1837, which is also the year Michigan became a state. It was originally called Albion Cemetery or Albion Burying Ground, but the name was changed to Riverside Cemetery in 1886. It has been enlarged several times and now covers 46 acres. It is owned and operated by the city of Albion in Calhoun County and has over 17,000 interments.

One of the legends of this cemetery is that there was a chair in the older section that looked like it was made of wood, but it was actually concrete. Supposedly anyone who sat in the chair would die within a year. It isn’t clear if the chair is still there.

There is also the ghost of a woman dressed completely in white that appears in different areas of the grounds.

Oak Hill Cemetery is located on South Avenue in Battle Creek in Calhoun County. Established in 1844, the majority of the first settlers of Battle Creek are buried here. There are almost 30,000 interments.

There is a beautiful statute here of a Greek goddess. It is located at the grave of Johannes Decker. The statue is called Crying Mary and legend has it that every Sunday at exactly midnight, the statue cries. This legend has been around since the 1940s.

Harrison Cemetery was named after Bazel Harrison. He was the leader of 21 people who were the first settlers of the Prairie Ronde/Schoolcraft area. He and his wife Martha are both buried here. There are around 650 interments.

There are no ghosts, per se, in this cemetery, but there is a very strange tombstone. And no one is sure which tombstone it is. It is called The Glowing Tombstone, because it appears to be glowing but only from outside the grounds.

A tombstone will appear to glow until the person who is trying to reach it enters the cemetery, then the glow disappears. No one is sure exactly which tombstone it is, because there are no other lights around and the whole area is dark after the tombstone stops glowing.

There have been theories such as it is made out of phosphorous or that it is mercury vapor reflecting from another tombstone. Neither would explain why it would instantly stop when someone gets too close.

Silverbrook Cemetery was created in the mid-1800s in the town of Niles in Berrien County. Today it has over 16,000 interments.

The legend of this cemetery is that there is a witch buried here. She probably lived in the late 1800s. Reports of her cries late at night occur all over the cemetery. There is a temple in the center of the cemetery and her screams echo inside it. 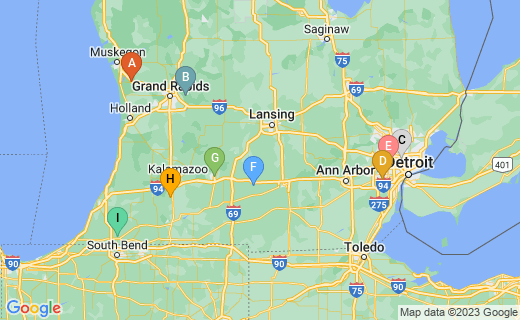