Forest Lawn Memorial Park is a large cemetery founded in 1926 in Beaumont in Jefferson County. There are over 30,000 interments.

There are two intricately detailed statues here that are said to contain two lovers who could not bear to be apart even after death. Legend has it that if you shine your headlights on them they will turn to each other and kiss.

Oakwood Cemetery is famous for being the final resting place of General Sam Houston. Located in Huntsville in Walker county, it has over 5,000 interments.

There is a statue of Jesus in the cemetery that used to be bronze. Over the years exposure to the elements have caused it to turn completely black. It is now known as “Black Jesus.” All the graves in the cemetery face east, except for those closest to the statue, which are members of the same family. Those graves face west. Legend has it that every night Black Jesus turns his hands over so they are facing down instead of upward.

Old City Cemetery is one of seven burial grounds located in the Broadway Cemetery Historic District. This cemetery was started in 1839.

The whole city of Galveston is notoriously haunted and Old City Cemetery is no exception. One named ghost is Nicaragua Smith. He was an arsonist, a burglar, and a Confederate deserter. He was executed standing by his unmarked grave by a firing squad. His final words were, "Bury me face down." On the anniversary of his death he returns to the cemetery to curse his executioners.

There are also many ghosts of the casualties of the Great Galveston Hurricane of 1900. Somewhere between 6,000 and 8,000 people perished in that hurricane. 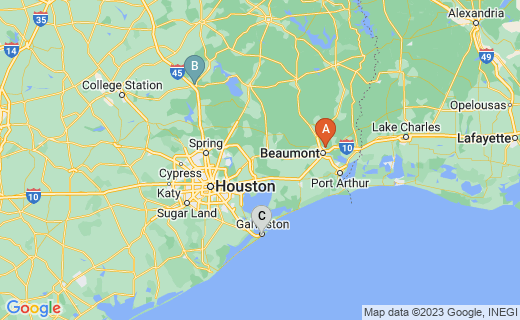 Rose Hill Cemetery was the second cemetery in Tyler created February 22, 1916. Located in Smith County, it contains a little over 46 acres and has over 11,000 interments. The first burial was Assad John Sarkis, from Syria, in 1917.

The ghost of Rose Hill is not scary at all. People come from all over to visit Madge Ward’s tombstone. It is a gigantic concrete piano. Madge was a cruise ship piano player and a long time piano teacher in Tyler. She loved to play and apparently death didn’t stop her. Visitors to the cemetery can often hear a melancholy tune being played on the piano from the direction of her grave.

Evergreen Cemetery in Paris was established in 1866 and is known for its “Jesus in Cowboy Boots.” There are over 19,000 interments here and it is the largest cemetery in Lamar County.

The “Jesus in Cowboy Boots” marks the grave of furniture maker Lieutenant Willet C. Babcock. He died July 27, 1881. The man was supposedly an atheist and his grave faces west while all the others in the cemetery face east. There are carvings at the bottom of the statue of upside down torches. Many visitors who come to the cemetery swear to seeing the statue move. They also claim the eyes open and appear to be “penetrating their soul.”

By the way, the boots don't have spurs on them so he must not have been a horse rider.

Mills Cemetery is located in Garland in Dallas County. The cemetery started in 1854 when Elizabeth Mills died and her husband, Edward, buried her on their property. He then donated it to Peters Colony to be used as a cemetery. In 1891 Peters Colony was incorporated as Garland. There are around 2,500 interments.

One ghost here is that of Charles Oscar Smiley. He, his wife Belle, and all three of their daughters, Lileth, Gretta, and Charlena were killed in a tornado on May 9, 1927. The tornado wiped out much of the city and killed 12 other people besides the Smileys. Though the entire family died that day the father seems to be the only one that cannot rest as he is frequently seen walking the grounds of the cemetery. 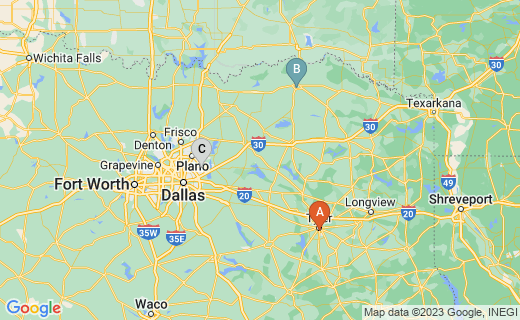 The Bittick Family Cemetery is located in Liberty Hill in Williamson County. There are 17 interments here. Most of the graves here are those of slaves. The dates go back to the early 1860s.

One of the graves is that of “The Witch.” She was a young black girl who was accused of witchcraft. Her tombstone reads, Whoever passes over this grave shall die as I have died. She was supposedly lynched from a scraggly old tree that still stands in the cemetery.

People have reported her ghost hanging from the tree late at night.

Baby Head Cemetery is located in what was the thriving town of Baby Head before it eventually became a ghost town. It is located about nine miles north of the town of Llano in Llano County and has approximately 150 interments.

The town got its name after Indians killed a very young girl in the 1850s and left her head at the base of a mountain which was then named Baby Head Mountain. All that is left of the town is this eerie cemetery. There is a historical marker that sometimes has baby doll heads hanging from it.

The entire cemetery has a feeling of sadness and oppression. Just being in the cemetery can make the hairs of your body stand on end.

Lona China Cemetery is also known as Loma China Cemetery, but the locals just call it “The Chinese Graveyard.” It is located on South Zarzamora Street in San Antonio in Bexar County. It is a small cemetery with just 46 interments. The dates go back to 1933 and there are five unknowns.

One of the first things you see when you drive up to the gates is a white sign with red lettering that says “NO WITCHCRAFT” and then in even larger letters “KEEP OUT.” It also says “Call for info” but there is no phone number.

The cemetery is surrounded by a wrought iron fence with pointed spikes on top and covered with barbed wire. There is a bleached white cross standing just inside the locked gates.

The legend of this cemetery is that if you drive up to the gates at night, turn off the engine and headlights, roll down the windows, and then flash your lights into the cemetery five times, you will then see apparitions flying around the graveyard and hear voices calling to you. 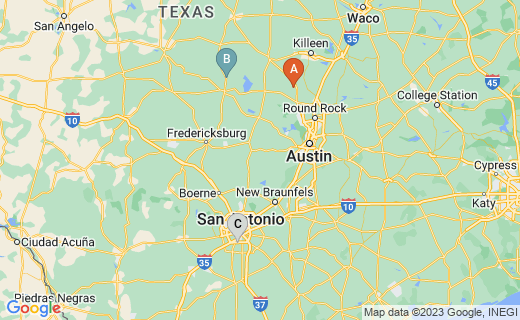