Lithuanian Liberty Cemetery is a very small graveyard located in Spring Valley in Bureau County established in 1914. There are only 35 interments here. The oldest tombstone with a date is 1918 and there are eleven unknown graves.

There is a ghost here that appears to be guarding the cemetery. He does not welcome visitors. He is always seen carrying a hatchet and the locals call him, well, Hatchet Man.

The main source of scary happenings here is at the Massock Mausoleum. There are three Massocks buried here: Jacob, 1920; Peter, 1928; and Anton, 1946. Jacob and Peter were brothers. In the 1960s vandals broke in and stole a skull from the mausoleum. The door was sealed shut after that. Since that time the door has always been warm to the touch, several degrees above the ambient temperature.

Another story surrounding the mausoleum is that a thin, pale ghost, or possibly a vampire, lurks around the mausoleum. At one point a reporter investigated the sightings by pouring holy water inside through a vent. He said he immediately heard moaning and groaning from inside.

Mt. Olive Cemetery had its first burials some time before 1850. This is a large cemetery in Aurora in Kane County with over 11,000 interments.

Many ghosts are seen here. They seem like regular people until they vanish into thin air. The most peculiar thing about these apparitions is that they are all dressed in clothing from the 1950s. They are seen throughout the cemetery at no particular time of day or night.

This cemetery is also known as Saint James at Sag Bridge Church Cemetery. It is in the Sag Bridge area of Lemont in Cook County. It sits atop the western tip of Mount Forest Island, overlooking Calumet Sag Channel. The church started in 1833, built by workers on the Illinois and Michigan Channel. The cemetery covers eight acres and has around 3,000 interments.

There are many, many ghosts in this cemetery. There have been literally hundreds of sightings of phantom monks roaming the grounds. There are many reports of visitors hearing chanting which is in Latin.

A reputable source has corroborated this tale. In 1977, a Cook County deputy, Herb Roberts, was making his rounds. As he drove past the cemetery he saw eight, possibly nine, robed figures coming out of the nearby woods in the direction of the rectory. The deputy gave chase, but the monks instantly disappeared. Something else that is very strange is that there are no records of there ever having been monks at this church. A book written by Ursula Bielski called Chicago Haunts says the the phantom monks were first seen here as early as 1847.

Common hauntings have also been seen here too. Disembodied voices and orbs are both common occurrences. A priest at the church in the 1970s said he had observed the ground moving in a rhythmic fashion as if it were breathing.

Aux Sable Cemetery is located on Brown Road in Minooka in Grundy County and has mostly graves from the 1800s. The first burial was of the wife of Joshua Ridgeway in 1835. It has around 1,000 interments.

There is supposedly a “ghost portal” here. Ghost portals are said to be more likely to form near a place of death with flowing water. The cemetery borders two creeks, Aux Sable and Collins Run.

One of the ghosts here is a little girl who likes to play pranks. She obviously can take control of electrical things such as power car windows. She rolls them up or down whenever she wants to. It is possible that she is Adeline Stevenson who died in 1853 when she was six years old. One person claims that her locks engaged while driving over the bridge nearby and that her locks were manual, not electric.

Photographs taken here during the day have revealed small mist clouds near the people in the pictures. Orbs are sometimes visible without the aid of a camera. Voices are also heard at times.

There is a legend that three tunnels run underneath the caretaker’s shack and that one of these is a portal to hell. This legend has never been verified. Obviously.

Moon Point Cemetery is located between Streator and Reading in Livingston County. It lies west southwest of Katchwan Park and has close to 500 interments. It is also known as Moon Creek Cemetery. It got its name from Jacob Moon who settled here with his four children. The oldest grave with a date is for Thomas Moon in 1843.

The most famous ghost here is a woman called the Hatchet Lady. Her son died during the Civil War and she would come to the cemetery to stand vigil over his grave. She didn’t stop even after her own death, but now she is seen carrying a hatchet. Visitors to the cemetery have heard her saying “Get out!” Sometimes she yells and sometimes she whispers.

The cemetery is very remote and the road leading into it is crossed by train tracks. People say if you are in the cemetery when the train goes by you will be trapped there. Well of course you will . . . until the train finishing going by!

There are some reports of an unidentified ghost boy. He is often accompanied by dancing lights or by red and white orbs. Strange noises are often heard such as a sarcophagus lid moving. 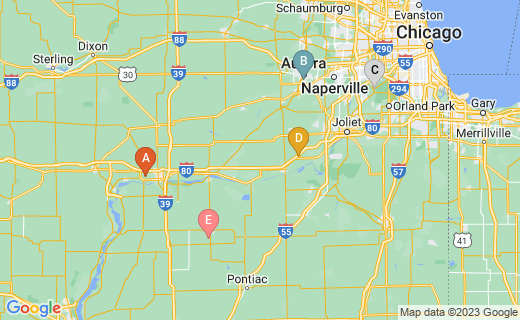 St. Omer Cemetery is an old cemetery located in the village of Ashmore in Coles County. St. Omer was a small community that died over a century ago as many small towns did when the railroads being built bypassed them. It is a small cemetery with less than 200 interments.

The legend of St. Omer Cemetery is about Caroline Prather Barnes. It is said she was hung for being a witch. She vowed to return on the anniversary of her death which was either February 26 or 28. To keep that from happening, when her tombstone was created they changed the date of death to the impossible, February 31, 1882.

The tombstone itself is very interesting. It looks like a crystal ball sitting atop a pile of logs. This particular tombstone faces north and south, while others in the cemetery face east and west.

Carolyn’s husband is also buried under the monument. He had died in an accident at a sawmill two months before her death.

Sometimes there is an odd glow coming from the crystal ball. It is said photos of the tombstone don’t always produce a picture.

Ramsey Cemetery, also known as Casbar Cemetery, was established in 1851 when Alexander Ramsey was buried. He was only 29 years old. Located in Effingham County near the town of Shumway, it is a small cemetery with less than 200 interments.

There are supposedly many ghosts roaming about the Ramsey Cemetery. The caretaker for the last fifteen years says he has never seen anything ghostly here. But he admits he’s never been there after dark.

The cemetery is isolated and can only be reached by a narrow, curvy road with large trees overhanging the route. It is completely surrounded by forest and many of the tombstones have crumbled, giving it an even more spooky feel.

There are haunted caves in the cemetery where a werewolf is supposed to live. There is also a man wearing a black cloak and having glowing red eyes. A vampire maybe?

There was a small chapel on the property from the 1920s to the 1960s and a young man committed suicide there. The chapel was torn down years ago, but the young man still walks the grounds.

One legend says if you place a penny heads up on a tombstone, when you come back it will be tails up. 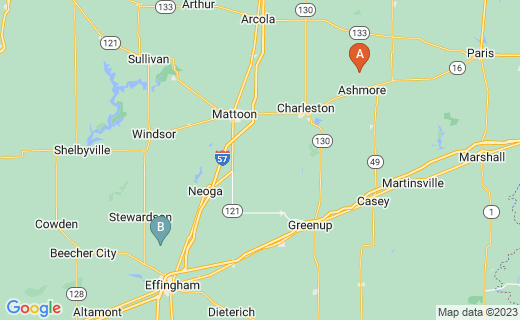