The haunted island on Lake Xochimilco is one of the weirdest places to be found. If one happens to embark onto the island without knowing its history, it can be a frightening, chilling experience.

Lake Xochimilco lies in a beautiful Valley of Mexico. Although the valley is surrounded by volcanic mountains and the area is very prone to earthquakes, the mild climate, great agricultural land, and abundant wildlife for hunting, has attracted human habitation for over 12,000 years.

Civilizations long before Columbus ever stepped foot in that part of the world, thrived and grew to become strong empires. The Teotihuacan, the Toltec, and the Aztec were just a few of the several peoples who lived there. The Aztec called the valley "Anahuac", which means Land Between the Waters. There were five lakes in the valley that were created from precipitation. Since there is no outlet for water to flow out of the valley, it gathered in the basins. These lakes are now extinct, with only the ancient beds showing where they once filled with water.

Lake Xochimilco still exists where the Aztecs built islands for agricultural purposes. There is possibly more than just the islands that the Aztecs left on this lake, for unexplained sounds of spirits are sometimes heard whispering and floating around the island where a man in this century lived by himself, alone with his own tormented mind that was full of voices. Were sacrificed restless Aztec souls also making their voices heard?

He looked down at her broken body, caked in mud, lying there half in, half out of the muddy canal.

Tying a thin rope around her, he raised her up to the nearest tree limb and secured her there. In time, she would be like the rest, decayed, unrecognizable, with vacant, staring eyes or, like some, just empty sockets. The wind will whistle through the eye sockets and open mouth, making eerie sounds -- just like all the others he had tied or nailed up all around the island on Lake Xochimilco. All of them haunted his nightly dreams and mocked his tormented days.

This was his life, his chosen existence of an outcast and hermit, living on one of the strange chinampas (islands) that the ancient Aztec people had first created.

Don Julian Santana Barrera was once a successful farmer and a very religious man. He was married and had a family. All the good he had in his life did not save him from an addiction to alcohol, which eventually controlled and ruined his life.

He became a joke and an outcast to the villagers and he retreated from society. He even left his family and found a secluded island where he could be alone, away from all he knew and away from people. He could not face them, nor could he face himself.

The island that Julian lived on was inhabited by spirits of the past. One of them, the most recent to die, was the spirit of a little girl who had drowned in the 1920s. According to the local lore, the spirit of the girl had remained on the island and refused to leave. People were hesitant and feared to go onto the island, or even pass by it, especially at night when strange voices could be heard there. It was also believed that the ancient spirits of evil ones from ancient times still lingered on the island.

Since no one else would go there, this was the place for Julian to take himself and become a hermit. Not long after he made his home on the island, the spirit of the little girl appeared and would talk with him. She told him how she had died and what would help her find peace - dolls, she wanted dolls. The dolls, she told him would be for her and to also appease the spirits of the evil ones. This gave Julian a quest to fulfill. He began his search for dolls. In dumps, murky canals, junk piles, everywhere he could think of, even digging on his island, he searched for dolls for the girl.

The condition did not matter, any doll, any size, any condition it was in, would be found and placed all over the island, nailed to or hanging from trees - all for the little girl.

For many years Julian and the island were forgotten by the people he once knew. He began farming again and produced wonderful crops of fruits, vegetables, and many other useful plants.

In time, people began to remember Julian. Eventually, people began to realize that Julian was not insane or dangerous. They saw him for who he was, a lonely and harmless old man who was eccentric. They started visiting to buy his wonderful fresh produce - and often, they would trade a new or used doll or two for some fresh fruits or vegetables. At the end of the business day, Julian would take the dolls and place them wherever he thought they belonged. This gave Julian a new purpose in life. The locals began to call his island "La Isla de las Munecas", The Island of Dolls.

Every doll Julian found or was given ended up somewhere in the trees, tied or nailed where he thought would be the best spot for each one. Broken and caked with mud or brand new, it did not matter. He continued to honor the little girl's wish so she could appease the bad spirits.

On April 21, 2001, Julian spent the day with his nephew, preparing land for a pumpkin patch he wanted to plant.

He related to his nephew that he had been hearing calls from mermaids, that they beckoned to him. Julian would sing so he could not hear the calls of the mermaids.

The nephew left to run some errands and when he returned, he found Julian's body floating in the canal, near the pier where the little girl had drowned in the 1920s. The coroner determined and listed the cause of death to be heart failure.

Gone was the "eccentric old man" who had collected dolls. They are still there, the dolls, right where Julian had placed them. A reminder that once a kind man had helped the troubled spirit of a little girl.

Did Julian die of natural causes, failure of the heart? Or, was he called to the waters by evil spirits who said they were mermaids? Does his spirit now wander the island? Hopefully, Julian is now at peace.

Do you think Julian died of natural causes?

Chinampas are artificial islands. On Lake Xochimilco, they were built for agricultural plots . The plots were constructed, like rafts, by tying juniper trees together. Soil was piled on the rafts which became floating islands, and crops were planted.

The first such plots were constructed by the ancient Aztec people over 1,000 years ago. Eventually an island would sink and a new one would be constructed over it. These islands created canals between them. Over time, the rafts anchored naturally to the lake bottom and eventually became real islands. 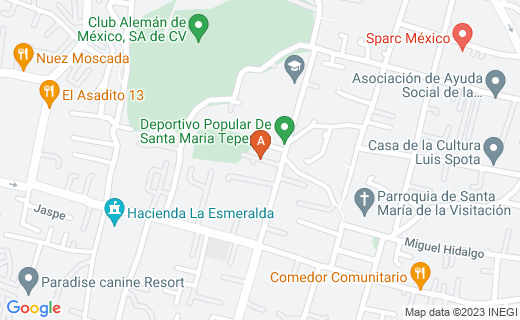