Pictures of Dowde Church abandoned at the time of the Black Death when the whole hamlet was wiped out.

Until relatively recently in a densely forested area on top of the North Downs, in Kent, a tiny lane marked “No through road” disappears into the darkness of an overgrown coppice. Eventually the lane leads through the trees to what would have been a clearing, in which can be barely seen through the thicket the foundation marks of some 13th century cottages and incongruously a complete typical church from the Norman period.

What you have reached is the abandoned hamlet of Dowde (also known as Dode) which was wiped out by the 14th century Black Death leaving the whole population either dead or having fled the area. The Norman church was left intact and last used in 1349 by the hapless villagers to pray for deliverance from the plague. With no survivors and the hamlet thought to be cursed, the church was deconsecrated and closed up with its doors and windows sealed with iron shutters by order of Thomas Trelleck (or Trilleck), Bishop of Rochester in 1367. There are no records of baptism, marriage and burial as registers did not become statutory until 1538.

Strangely the church was built on top of an ancient man-made mound and the surrounding hill, on which it is situated, is currently named “Holly Hill” which is certainly a corruption of “Holy Hill”. The tiny lane leading to the hamlet and church is known as “Wrangling Lane” which would suggest the mound on which the church is built was the site of an ancient meeting place.

For those of us interested in Ley lines the site of the church is at the confluence of many similar lines in the area. Ley lines are thought to be magnetic in nature and are believed to be the same "lines" that birds, mammals, insects and bacteria use to migrate long distances. Many ancient structures are thought to be built on ley lines, or at the point where two or more ley lines interconnect. Examples include Stonehenge, mounds, churches, etc. The point where the lines meet often produces a measurable energy vortex and many of these sites are considered sacred, by certain religions.

The church is typical of many small Norman churches of this period consisting of a nave, a flint built chancel with a south facing doorway. Although for over 500 years it held no religious services and stood abandoned and empty, the church and its roof were partially restored in Victorian times for civil weddings and private prayer by appointment. Although the locals consider the area and church to be unholy and to be avoided at all costs, commercial interests have opened it to the public on Sunday afternoons from Easter until October.

It again carries out theme civil weddings held in medieval settings. The effectively untouched floor is strewn with straw and autumn herb-scented leaves and the dark interior is lit only by candles and flaming torches. The altar and all religious artefacts have been removed and the walls have cloth drapes. The exterior of the church was re-built in 1990s and the surrounding area cleared of trees and a wooden lodge built, which has all but destroyed the original external atmosphere.

Being built back in early Norman times, for more than 900 years the church initially stood as a place of worship, although for 650 years it has remained abandoned. The mound seems to stretch back further in time as there is archaeological evidence of Roman occupation and in the area is a Bronze Age burial ground. During the time it stood abandoned and up to 20th century, there was evidence and strong local rumours of Black Magic Rituals carried out in the grounds of the church and around its notorious well.

The hamlet and church are said to be haunted by an apparition known as “The Dodechild”. She is said to be a terrified seven year old girl who finding herself the last one alive with entire hamlet dead, sought sanctuary within the walls of the church. Whatever it was she found it was not sanctuary and when eventually villagers from the surrounding area cautiously ventured into the hamlet, she was found dead on the floor of the church. A few years later, legend has it that she began to haunt the churchyard. Initially she appeared for one Sunday morning each month for several years and later every seven years. An 18th century painting of the girl, as she appeared, now hangs in a local farmhouse.

A few yards from the church is a well, which was considered bottomless and having mystical power for Pagan worship.

On the 10th August 1996, a small team from the Kent Underground Research Group conducted an examination of the well shaft.

The well, far from bottomless, was found to be only 35ft deep to dry rubble, with a mean diameter of 3¼ft. Except for a few courses of relatively modern Victorian brickwork at the surface, the first 15ft of the shaft was steined with rough flints, as reinforcement. When the upper chalk stratum is reached the lining stops and two sets of toe holds are visible. These toe holds are for the use of the well digger to descend and ascend the excavation during both the initial construction and any subsequent repairs. The debris at the bottom of the shaft was found to comprise of loose rubble, bricks, pieces of chalk etc. The 'hollow' sound observed from the surface was probably due to the loose nature of the material. Mysteriously in the local area the chalk lies just below the surface so it comes as a great surprise to see over 13ft of flint lining in a shaft which should enter the chalk layer virtually directly. It was not uncommon to line the first few feet or so as the surface chalk could be somewhat friable, but to extend the lining for no good engineering reason would have been a total waste of time and valuable effort. Other wells recorded in the area are known to be in excess of 150ft deep to the water table and it is certain Dowde would be no different. To find out would entail removing 115ft or so of debris from a deep, narrow and poorly ventilated shaft. The expert opinion is that the upper steining is of medieval date but whether the shaft is of that date or earlier remains a mystery and what likely to be found at the bottom unknown.

The question is was the population of the hamlet trying to cover something up or were they trying to prevent something supernatural from reaching them before their horrible demise from the Black Death. Significantly the well has since been blocked off completely and all traces of it removed, although, obviously the shaft remains below ground.

Have you ever seen or been aware of a ghost ?

Pluckley - The most haunted village in Britain 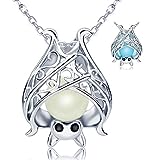 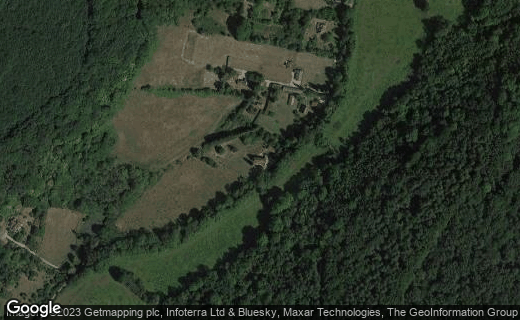