Brianna is a full-time writer, blogger, and editor. Her specialty is all things scary. Travel with her to some truly haunting destinations!

The Most Haunted Location in America?

There is no greater terrifying legend than of the Bell Witch in the history of American folklore. But is it truly just lore, or possibly with a haunting that dates all the way back until 1817, could there be facts to this legend? Many skeptics think not, but if you look at the breakdown of the mass amount of incidents that have surrounded this truly chilling location, including a famous incident with a future President of the United States of America, could you really discount it all? With a mysterious and notoriously violent spirit, once again you have to face the facts that there is no paranormal story in American history that is more famous than that of the legendary Bell Witch and I will tell you why.

Location of The Bell Witch Cave 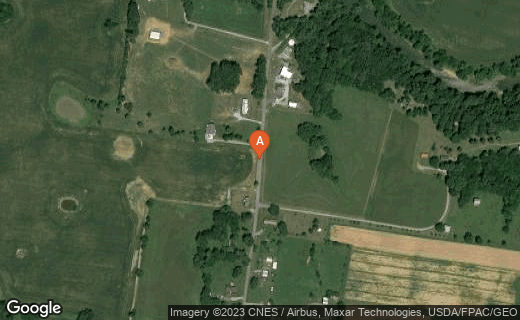 History of The Bell Witch

Imagine being plagued by a violent and relentless spirit for nearly four years straight. A haunting which included disembodied voices screaming at you, spectral creatures, and physical harm. Do you think you would be able to survive? Unfortunately, John Bell did not.

In 1817, a local farmer named John Bell and his family purchased a cabin in the rolling green hills farming country of Robertson County in Adams, Tennessee. It was soon after that the terrifying hauntings began, the first encounter being John Bell witnessing a dog on his land. Upon further inspection, he realized the dog was not only an apparition, but he had the head of a rabbit. Bell fired at the animal but as soon as he shot, the entity disappeared. The spirit hated John Bell and even identified itself to him as the "witch" of Kate. Kate Batts was a neighbor of the Bell's who John had bad mojo with, apparently due to a prior business arrangement over slaves that had gone wrong.

Strange phenomena began plaguing the family cabin such as strange noises, knocking, rapping, and scratching on walls and doors. Family members were kicked, pinched, their hair pulled, and even blankets yanked off of them from their beds. The spirit especially loved to torment John's youngest daughter, Betsey. She was often slapped, pinched, and stuck with sharp pins.

John Bell tried his hardest to keep this activity secret, but soon friends in the area found out about the haunting and started an investigation inside the home. They quickly discovered that the spirit had a terrifying intelligence about it and she actually began to speak loudly and even carrying on full conversations. The locals began calling her "Kate" and from then on, the witch made daily appearances in the Bell cabin. Soon, her presence was felt throughout the whole town and some even claim she began making herself known all over Robertson County.

With Kate wreaking havoc all over town, she became famous and the news spread fast among the locals. Upon those most interested in experiencing her spirit was General Andrew Jackson, therefore, he and his troops decided to visit and spend some time at the Bell home. After a night of horrendous interactions with the witch, the former president was famously quoted as saying, "I had rather face the entire British army than to spend another night with the Bell Witch." Upon leaving, they claimed the witch was still up to her antics and the wheels of their carriage would not move.

The legend of the Bell Witch has spawned an incredible legend that has been around for centuries. But did the witch truly exist? And if she did, was she truly an evil spirit of Kate Batts or was she some sort of poltergeist activity? No one will ever know for sure, but what we do know is that in another century from now, there will still be thousands of people still searching for and awaiting her return.

The Suspicious Death of John Bell

After a short time, John Bell began to fall sick to some sort of strange illness, as it was reported he was previously in good health. While Bell lay sick in his bed, the spirit of Kate refused to let him rest. She cursed him and prodded him with objects seeking her revenge. Finally one day, he went to bed and never woke up. He was found completely unconscious by his son but the strangest part was the unrecognizable vial of black liquid found near his bed. John Bell's breath smelled like the liquid in the bottle so, in an attempt to figure out what the substance was, they placed a drop of it on the tongue of a cat. The cat immediately dropped dead. Where had this poison come from and was it responsible for John Bell's condition? The witch appeared and claimed responsibility and shortly after, Bell died. Kate was heard screaming in rejoice. She even appeared at his funeral laughing, singing, and cursing his name.

One would think with the death of her enemy, the witching spirit of Kate would finally rest, but such was not the case. She stuck around for a few years still plaguing the Bell home. She threatened Betsey Bell to never marry the man she truly loved, Joshua Gardner. The spirit never said why or what she had against Gardner, but she did allow Betsey to marry Richard Powell, a local school teacher in the area. It has been said that although Kate's spirit lived on to torture John and even his youngest daughter Betsey, she had a soft spot Bell's widow, Lucy, for reasons unknown. She expressed a form of kindness toward Lucy by often singing hymns to her and giving her fresh fruit. The witch was also reported as telling Lucy on many occasions that she was 'the most perfect woman to walk the earth'.

The Bell Witch finally left after some time but promised the Bell family she would return in exactly 7 years. As promised, she did return but only for two weeks and many believed she didn't go far. Most everyone, thanks to folklore, has heard of the Bell Witch Cave. That's because most believe that when Kate finally departed the Bell home, she fled the short distance to the solitude of this cave. There are many others, however, who believe that the entrance of this cave holds a vortex of evil things that let Kate into our world in the first place, and also where she disappeared to and can even come back through today if provoked.

The cave, which is located right along the Red River in the middle of a large bluff, has a wide opening but inside is a series of small tunnels. Its true length is unknown as some of the passages are far to narrow for a person to pass through and there is truly only about 500 ft. that are accessible. Right above the mouth of the cave is a proven Indian burial ground, which may account for some of the activity associated with the hauntings of the cave.

There are not many reports on what the cave was or used for prior to the legend of the Bell Witch, but it is possible that it was used for food storage in the earlier years due to its constant cooling internal temperature of 56 degrees. The popularity of the cave has since soared and in some cases, people have even reported hearing the voice of Kate near the secluded area, now and in the early years of the haunting.

There is an enormous amount of unexplained incidents in and around the cave all throughout history and in modern times, which makes the return of the Bell Witch not seem so bizarre. The most famous legend of the cave surrounds the young Betsey Bell. One day, Betsey and a few of her friends decided they wanted to explore the spooky cave on the Bell farm. Once they got there, one of the young boys crawled into a small hole to try and peek into the cave, but he got stuck. Its reported that a voice cried out to the young children saying "Ill get him out!", and then the boy felt hands grasp onto his feet. Terrified, the boy was pulled out from the cave at the hands of something invisible. She identified herself as Kate of course and then proceeded to give a lecture to the young ones on being reckless.

Eventually, when the remaining Bell family members had moved on, the farm became acquired by another farmer named Bill Eden. Eden, however, knew of the hauntings and the cave and he was a huge part in the attraction and popularity of the legend and the hundreds of visitors who wanted to come and experience the witch for themselves. Although he was still mainly a farmer, Eden did take it upon himself to make improvements to the cave by adding electric and lights as well as conducting tours. Many of the supernatural incidents at the cave happened to Bill Eden himself and the visitors that came during his time at the property. Eden eventually died after a number of years in one of the bedrooms of the Bell cabin.

In April of 1993, the Bell farm and cave were purchased by the present day owners, Chris and Walter Kirby. The property had been unoccupied for the several years prior following the death of Bill Eden. While Walter is a simple tobacco farmer, Chris keeps The Bell Witch legend alive by making improvements and managing the tours to the cave. They are especially busy with tours during the summer months. It wasn't long after purchasing the land that purportedly the Kirby's started to notice that unnatural things were happening around them, especially noises and bangs in their house and in the cave.

Because of the famous sensation of the Bell cabin and cave, hundreds of thrill-seekers and visitors flocked to the property, and for safety purposes, the cabin was torn down in the mid 1800's. Although the original cabin no longer stands, a replica has been built on the exact location furnished with 19th-century items. Tours are conducted for the cabin as well, where you can hear all the detailed accounts of what happened to the Bell family. On display, you can find photographs, books, old documents, and the genealogy of the Bell family. Also, original artifacts from the actual Bell cabin have been preserved by The Historic Bell Witch Cave, Inc., such as a chimney stone and an iron kettle, that can be found in the new cabin.

5. No visitors under the age of 18 without permission

Hauntings/Media/Culture of The Bell Witch

A whole book could be written just on the experiences and interactions hundreds of people have claimed to have had with The Bell Witch. She has been a hot topic for centuries which has become quite an epidemic. With such popularity, comes many references in media and culture. Here's just a few:

Do You Believe In The Bell Witch Legend?