Princess Angeline (c. 1820 - May 31, 1896), also known in Lushootseed as Kikisoblu, Kick-is-om-lo, or Wewick, was the eldest daughter of Chief Seattle. Born in what is now Rainier Beach in Seattle, Washington, she was named Angeline by Catherine Broshears Maynard, second wife of Seattle pioneer Doc Maynard. The 1855 Treaty of Point Elliott required that all Duwamish Indians leave their land for reservations, but Angeline ignored the order and remained in the city. She stayed in a waterfront cabin on Western Avenue between Pike and Pine Streets, near today's Pike Place Market, and made a living taking in laundry and selling handwoven baskets on the streets of Downtown Seattle. She was buried in Lake View Cemetery on Capitol Hill. The Chronicle of Holy Names Academy reported:

Death of Princess Angeline. May 29, 1896. With the death of Angeline Seattle passed away the last of the direct descendants of the great Chief Seattle for whom this city was named. Angeline—Princess Angeline—as she was generally called, was famous all over the world… Angeline was a familiar figure of the streets, bent and wrinkled, a red handkerchief over her head, a shawl about her, walking slowly and painfully with the aid of a cane; it was no infrequent sight to see this poor old Indian woman seated on the sidewalk devoutly reciting her beads. The kindness and generosity of Seattle’s people toward the daughter of the chief… was shown in her funeral obsequies which took place from the Church of Our Lady of Good Help. The church was magnificently decorated; on the somber draped catafalque in a casket in the form of a canoe rested all that was mortal of Princess Angeline.

S. Angeline Street on Seattle's Beacon Hill and in Columbia City and Seward Park was named after Princess Angeline.

Her ghost has been spotted many times on the Seattle to Bainbridge Ferry walking with her cane to get on the ferry and then she goes off to one side and sets down. People have watched her and what gets them or scares them is the fact that she never makes it to the Bainbridge Landing. She always vanishes before the Ferry gets there. People have often approached her to ask to take her photo but she vanishes when they do. It is not until she vanishes that they realize they are trying to talk to a ghost. Many people over the years have wondered where she is trying to get to on the Ferry and why can she never make it to the other side.

Princess Angeline in an 1896 photo

The Seattle To Baimbridge Ferry where Princess Angeline's Ghost is often seen.

Other Famous People Buried At Lake View Cemetery And Their Ghosts

Lake View Cemetery is also the final resting place of some very famous people and their ghosts are reported often. Here below you will find their stories.

Major league outfielder from 1936-1949, primarily with the Cleveland Indians. Hit 194 homeruns and posted a .293 lifetime batting average. In 1938, Heath batted .343, second in the league, registered 112 RBIs, and led the league with 18 triples. A broken ankle ended his major league career in 1949. He was 60 years old when he succumbed to a heart attack.

He is often spotted at a near by softball field in uniform watching the game. People often mistake him for a new coach and wonder who he is until some one tells them it is just the ghost of Jeff Heath watching the game he loved. He has also been spotted at other peoples funerals and vanishes when approached. He has also been seen after hours at the Seattle Mariners Stadium. A security guard will go to see who is setting in the stands and when approached he will be gone.One security guard says they have got so used to seeing him that they have just stopped bothering him.

Jeff Heath of the Cleveland Indians (left) poses with Cecil Travis before a game on May 5, 1941.

Acclaimed Martial Artist, Actor, and Film Director. Balancing martial arts theory and film performance, Bruce Lee remains the most recognized martial artist of the twentieth century. Though born in San Francisco, Lee would move to Hong Kong with his family while still an infant and would act in several films there as a child. After losing a street fight in 1953, he would also study Wing Chun Kung Fu, a style emphasizing economy of movement. He would quickly become one of the most feared street fighters in Hong Kong, in addition to, ironically, becoming the Crown Colony Cha-Cha dance champion in 1958. His street reputation led to several problems with the police, who took a dim view such things, and Lee's parents convinced him to return to the United States in 1959, a trip largely financed by giving Cha-Cha lessons to first-class passengers aboard the ship to America. Working odd jobs and teaching Kung Fu, Lee entered the University of Washington in 1961, eventually earning a degree in philosophy. His reputation as a martial artist grew, and in 1964 he was invited by Kenpo Karate pioneer Ed Parker to do a demonstration at the Long Beach International Karate Championships. His performance became the sensation of the martial arts world, and Lee opened his first formal school in Oakland, California later that year. Within a few months, rival instructor Wong Jack Man, taking umbrage at Lee's policy of teaching all students regardless of ethnicity, challenged Lee to a fight with the loser closing his school. By all accounts, Lee won the no-holds-barred contest handily, but his difficulty in forcing his opponent to submit caused him to seriously rethink his approach to martial arts. Lee would eventually devise a new style called Jeet Kune Do (The Way of the Intercepting Fist). While retaining the economy of motion embodied in Wing Chun, Lee's new style did away with strict conceptions of form and freely incorporated techniques from a wide variety of styles, including the top Kung Fu schools as well as boxing, wrestling, jiu-jitsu, Philippine Boxing, and even some ideas from fencing. In 1966, Lee starred as Kato in the television series "The Green Hornet". Though modestly received in the United States, "The Green Hornet" was a huge success in Hong Kong. After establishing a fantastically successful martial arts school in Los Angeles that catered to several celebrity clients, Lee capitalized on his Hong Kong popularity, returning to the city in 1970 to do a series of martial arts films, including "Fists of Fury" and "The Chinese Connection". These films became popular worldwide, earning Lee a fanatically devoted following. He followed these with the higher-budgeted "Enter the Dragon" and "Return of the Dragon", directing the latter himself. In 1973, after experiencing a series of headaches, Bruce Lee died of a cerebral edema. Though many still speculate that the incongruous death of "the fittest man alive" may have been a martial arts-connected murder of some sort, the prevailing medical opinion remains that Lee died from an unfortunate combination of medications.

The Ghost Of Bruce Lee

Many people since his death have reported Bruce Lee setting on the small bench in front of his grave. He never speaks or does anything there. He is just setting there. He has also been reported setting on the ground cross legged in front of his grave. His ghost is also reported several different places around Seattle and is even seen as far away as Los Angeles California where is he also seen many places. It is interesting to note he is often seen carrying a book but it has never been reported what that book is. It would be interesting to know.

Actor. Born to Bruce Lee, creator of the Jeet Kune Do style of martial arts, and the German born American Linda Lee Emery in Oakland, California. The Lee family moved to Hong Kong in 1971 where the senior Lee made several films and Brandon became fluent in Cantonese. With his father's death in 1973, the family returned to the United States. Brandon attended the Chadwick School until he was expelled for insubordination. After attaining a GED, he enrolled in Emerson College in Boston before moving to New York to attend the Lee Strasburg Academy acting school and joined the American New Theatre. He made his film debut on American television in "Kung Fu: The Movie" in 1986. His feature film debut was in the Hong Kong produced Cantonese language film "Long Zai Jiang Hu" in 1986. He returned to American television in 1987 for "Kung Fu: The Next Generation" and a short lived role in the Pat Morita series, "Ohara." In 1990 he starred in his first English language feature film "Laser Mission" which he followed with his breakthrough role in "Showdown in Little Tokyo." His first starring role was the action adventure "Rapid Fire" in 1992. He was then cast as Eric Draven in "The Crow" which was based on the comic of the same name. The production of the film was plagued with numerous problems from the beginning of filming including injuries among the crew. The film was scheduled to wrap after two months of shooting, a week before the scheduled end of production they were running behind schedule, and it was decided that dummy rounds used in the firearms would be made from real cartridges. On the third take of the evening, the cameras began to role and Brandon entered the scene in progress, the actor portraying 'Fun Boy' shot at him as scripted. Brandon fell backwards against a door and collapsed. It was then discovered that he was bleeding from the abdomen and slipping into shock. An ambulance was called. At the hospital, five hours of surgery was unable to save the actor's life. A bullet had apparently penetrated Brandon's abdomen and lodged near his spine. He died shortly after his fiancé, Eliza Hutton, arrived at the hospital just after 1:00 in the afternoon. The shooting was ruled an accident. His funeral was held in Seattle, Washington and attended by over 400 people. He was interred beside his father. "The Crow" was finished and released in May 1994. The film was dedicated to Eliza Hutton and Brandon Lee.

The Ghost Of Brandon Lee

He has been seen many times by so many different people in the area around his grave that they have to be seeing something. He is seen dressed all in black in the underground bus station near Little Saigon. When approached he vanishes. He has also been spotted on several different occassins on the bus as it nears the underground bus station near Little Saigon in Seattle. Some people realize they are seeing a ghost and some don't. He also has been reported in the area in and around Pikes Place Market late at night. He is walking along and if you speak to him or approach him he is gone. 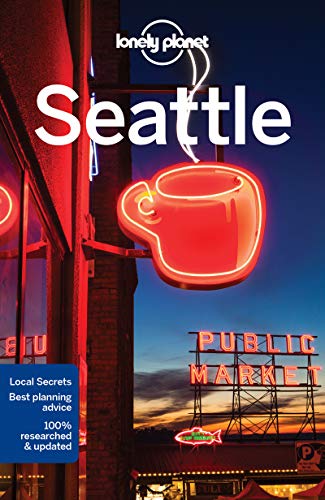 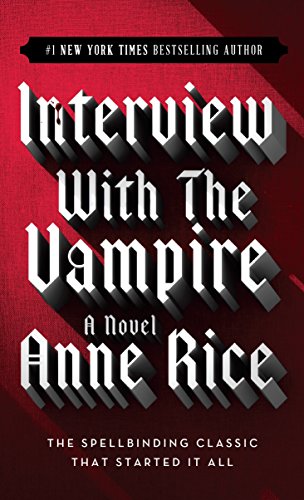 Interview with the Vampire
Buy Now