Tawa the Sun Spirit and Creator ~

Katsina dolls are symbolic carvings of real Katsinas, which are spirit beings. The dolls are carved by the Katsinam according to traditional Hopi belief. The Katsinam are the ancient spiritual beings who represent all living things (animal, plant and man).

These spirit beings visit the Hopi during sacred ceremonies throughout their ceremonial cycle, from the Winter Solstice in December to the end of July at Niman. The Home Dance ceremony is performed during Niman to tell the Katsinam goodbye till the next yearly cycle. During the ceremonies, the Katsinam sing, dance and pray for rain and snow to bring moisture to their land for good crops and for good things for all mankind. The Hopi, from the time of their creation, their emergence from the first three worlds and in this fourth world, have always believed they are to pray for good for the entire world, for all mankind, not just for themselves.

These beautifully carved and decorated dolls are given as valuable gifts to children whom have shown appropriate behavior. They are also a gift to the matriarch of each Hopi home, with a bundle of bean sprouts (ritually manifested by the Katsinam) to represent an abundance of crops for the coming season and is an honored ritual. They may be presented to young women as an award for virtuous behaviour; or publicly recognize special persons such as the brides who will be presented at the Niman (or Home Dance) ceremony in July.

Note: The Hopi do not have the 'ch' sound in their language, thus their name for these dolls is Katsina. The more well-known spelling of these spirit dolls is Kachina, as used by the Zuni and some other tribes.

Traditionally, Katsina doll carving was done in the Kiva, an underground ceremonial place of sacred rituals, and was part of the preparation of the annual ceremonial dances the Hopi performed. Today, the carving is done in the carvers own home. There is no formal training for this unique craft. A young aspiring carver will simply watch a more experienced carver to learn the techniques and which tools to use.

Each carver will have his own pocket knife, which is his basic tool and they are very particular about the knives they use. A good butcher knife is used to make the initial rough shape, then the pocket knife is used for most of the carving. A knife with a long blade and which is pointed and angled is used for hard to reach places of the carving. The carver's toolbox will contain a few rasps, files of different sizes and fineness, an awl, a light hammer, nails and several small hand saws. Sometimes a carver may prefer an ice pick to the awl to make small holes in which feathers can be glued into.

Each carver develops his or her own unique style even though all the carvers may carve some of the same Katsinas. The dolls are in various sizes. Most miniature dolls have been carved by women.

The beliefs of the carver are deeply ingrained into the mysticism of the dolls. There is a bond, a kinship, that develops between the carver and the doll - they are like family. When a doll is being carved, it is believed that it develops a soul and no part of it should be burned or discarded carelessly, not even the shavings. The shavings must be buried, for they, too, are part of the spirit of the doll.

The Hopi believe that the cottonwood root (the only wood used by authentic Katsina carvers) contains a spirit power that it has drawn from Mother Earth.

It is usually the piece of wood itself which communes to the carver as to which doll of the several hundred Katsina figures it should be and whether it will be a doll of action or standing still in majestic posture. Some carvers may meditate over the piece of wood before beginning the carving, and sometimes the piece may just immediately give off a message as to what it should look like.

Form and function is an important part of the finished project for the modern day Katsina carver. Although the oldest known Katsina dolls are from the early eighteenth century, it is probable that this art form comes from more ancient times of the Hopi culture. The earliest dolls were flat with just a slight indication of where the head and body separated. They were painted with colored clay or mineral paints such as oxides of iron and copper ores.

The evolution of the craft began with more elaboration of the head and it's embellishments (sacred feathers of birds and plant parts). Then a greater definition of the arms and legs began to appear. Today's carvers put action into their Katsina with poses that are symbolic of each particular spirit being and much greater detail is seen on the dolls.

Because of higher commercial trade, the evolution of the Katsina dolls continues even today. The commercialism promotes more sales than ever for the carvers. However, this removes the Katsina further and further from their original religious purposes and they become only sculptures for non-Indian collectors of fine art. Since some bird feathers cannot be used because of scarcity or sacredness and parts of plants that were originally used will deteriorate, plastic and wood has taken the place of the original sacred pieces.

It is good to know there are still some carvers who adhere to the ancient religious functions of the dolls and that the Katsinas are still used today in sacred ceremonies. 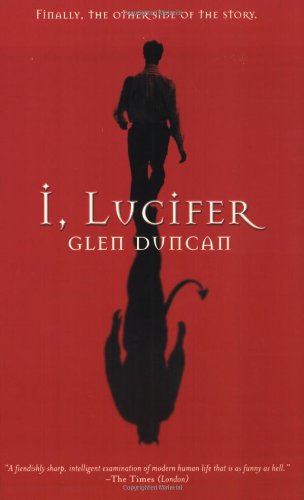 I, Lucifer: Finally, the Other Side of the Story
Buy Now

Katsina dreams and mysterious movements of the dolls have been encountered by non-Indian persons who have somehow obtained an authentic Katsina.

Some have reported that the doll moves in concentric circles or is often found where it was not left. One such person returned his Katsina and begged the carver to take it back. Each doll has a specific religious or sacred meaning - if that meaning is not recognized and valued then the doll will find a way to where they are recognized and valued.

I was once called upon by a neighbor to perform a cleansing ritual of her home. She said there was "a negative influence" in her home. She could feel it she told me. I got my smudging supplies and entered her home. I could sense the heaviness, almost a sadness, in the atmosphere. I asked her to open a window and to follow me as I moved around the house smudging all the rooms. As we came to a back room that was used for storage, the atmosphere became heavier. I opened the window and smudged the entire area, trying not to trip on boxes and piles of stuff.

I came to one box I had to step around and I felt my foot stop in midair. I looked down as I put my foot back on the floor. The box was partly open and I saw a lot of feathers and other stuff inside. I asked my friend what was in the box. She said, "Just some cheap trinkets my husband bought when he was in Arizona." I asked if I could look through the box and she picked it up to set it on a small table. I began to slowly take things out. They were not cheap souvenirs from a tourist shop, but quality feathers, beads, a few gemstones and four turtles carved from wood and painted. On the bottom were three wooden dolls with masks. I was stunned ! I knew they were authentic Hopi carved Katsina dolls. Fortunately, they were not damaged.

I gently stood the Katsinas on the table then asked where she stored all her husband's old books. She showed me where they were in the garage. I delved through them and found what I was looking for, several books about the Hopi, their rituals, ceremonies, and Katsinas. I told her it was very important for her to browse through and learn about Katsinas.

A week or so later, she asked me over again to show me her hutch in the parlour. The hutch had glass doors. The Katsinas were displayed on the middle shelf with lovely gemstones and a string of beads lying around them. The carved turtles were on a shelf below them. On the top shelf she had arranged her husband's books on the Hopi. Needless to say, her home felt pure and free. The Katsinas were at peace.

It is wise to not misjudge the sacredness and religious function of a true Katsina.