How to Be a Happy Atheist

With religion being a hotbed of debate these days, it seems that intolerance is becoming a social norm and discrimination against those with unpopular religious views is at an all-time high.

Though many people who were previously either afraid or unwilling to share their religious preferences, or lack of them, are coming out of the atheist closet, so to speak, some are getting caught in the same pitfalls that caused them to stray away from religion to begin with.

Though there is no one easy, sure-fire way for anyone who already disbelieves to become happy with themselves or their decisions, I am sharing here how I handle some extremely high stress situations involving religion and some of its more outspoken followers.

The belief that atheists and agnostics have no moral code or that they are, by nature, deviant and/or perverts is, though a popular belief, false of the group as a whole. Just as there are pedophiles who are also religious, there are those who are not. Human nature is human nature, regardless of which entity we choose to believe, or not.

Atheists and agnostics, unlike their faithful counterparts, are often more versed in the codes and practices of all religions. We study religion, almost exhaustively. We have a burning need to 'know.' Some of us are simply looking for a way to believe, others are trying to understand why some can have faith and we can't. Regardless, just because we say we do not believe doesn't mean that we aren't aware of your religion, and usually its codes and principles also.

Although I identify more as agnostic than atheist, I often refer to myself as a 'hopeful atheist.' I do not live by any specific set of guidelines set forth in any religious tome, but rather an mash-up of many of them.

The Christian commandment 'thou shalt not kill' is important, as is 'thou shalt not steal.' I like rules involving adultery being a bad thing, as well as honoring your parents, though I believe I am excused from honoring a parent who doesn't honor me. Buddhists believe that we should all live a moral life and be considerate of others' thoughts and feelings with a heavy emphasis on wisdom. Hindus believe in the unity of existence through love. The Cherokee believed that they should live in harmony with nature. Wiccans believe that nature should be honored and respected. Hammurabi's law of 'an eye for an eye' appeals to me, as does the Hippocratic oath's 'first do no harm.' I really like karma. You can be a nasty, hateful person all you want, but karma says you will get yours.

The good thing about being an atheist is that we get to pick and choose which principles we want to adhere to. Just because we are atheists does not automatically mean that we are given license to do whatever we want. We have local, state and federal laws to obey. We have taxes to pay. And, essentially, we put on our pants the same way everybody else does. 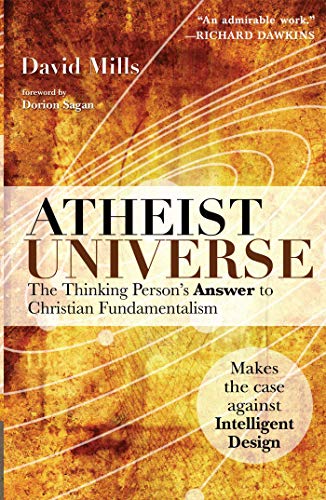 I am aware that Dr. Seuss was a children's author, but one of his quotes has served me well throughout most of my adult life:

'Be who you are and say what you feel because those who mind don't matter, and those who matter don't mind.'

This is a hard lesson for many people, but those who are hyper-critical of the things we say or do (in my opinion) don't deserve our attention or our affection. Negativity is not good for anyone, even the strongest among us will falter at some point, and the stress that dealing with these people brings is not easily overcome.

Applying this to atheism or agnosticism is often very difficult for people to do. We may have people that we love dearly who are critical and disapproving of the way we view religion, but we have our right to our own viewpoints just as they do theirs. Ours may not be valid in their eyes. People have disowned loved ones for their lack of beliefs, especially those from very devout religious backgrounds.

For this reason, many atheists choose not to tell their families and friends about their religious choices. This is a sad but true fact of atheism. There is a stigma attached to us, and many people do not trust atheists and agnostics. Parents will often refuse to let their children play with those of non-religious families, sometimes more quickly than they would those of religions vastly different than their own. This is hard to explain to small children, little Johnny won't understand that he can't play with them anymore because his parents don't believe in God.

Though this is probably a great subject for another Hub, many atheists and agnostics fall in love with and even eventually marry people of religious faith. This requires a lot of open-mindedness and understanding on both parts. It may be difficult, especially with respect to the families, but it can be done.

Note: I am not, nor would I, advocate throwing important people out of your life because they disapprove of your lack of religion. Hopefully you can find some middle ground, even if it's to agree to not talk about religion.

Turning a Molehill into Your Own Private Waterloo

My grandma always told me to pick my battles, and never has there been better advice when it comes to discussing religion. Many people, theists and atheists alike, are very passionate about their beliefs. We all have our reasons for believing the way we do. Unfortunately, this does cause some sensitivity in certain people. I've already talked about leaving the negative people out of your life, but sometimes that is impossible to do.

I think that the most important advice anyone can give with regards to conversations between the religious and the not-so-religious is that what you say is often less important than how you say it. For instance, someone who is steadfast in their beliefs but insecure in other areas, may be told 'I disagree' and actually hear 'you're wrong.' I believe that it is important to begin potentially flammable statements with 'in my opinion.' This immediately lets your conversational partner know that you are not arguing right and wrong, you are giving your own opinion. Religion is, for the most part, a question to which there is no right or wrong answer.

Also, try to employ diplomacy instead of guerrilla tactics when having a conversation with a theist. 'I do not believe in God' is definitely more diplomatic than 'THERE IS NO GOD, YOU F*****G MORON!' If you're going to shout obscenities during a conversation like this, you not only probably do not deserve the privilege of having the conversation, you may also need a little quiet time in a rubber room. If you feel yourself getting aggravated to the point where you may start yelling, now is probably a good time to take a walk. This goes for theists and atheists alike. Personally, I find nothing worse (or, to be honest more hilarious) than a devoutly religious person screaming dirty words to make a point. If you can't agree to disagree, don't have the conversation.

To that end, there are some people on both sides of the fence who love confrontational 'conversations.' Religious debate is not a full-contact sport. This may sound funny, but people can and do come to blows over differences in beliefs. 'I just whupped his a** because he said there isn't a God' is not funny or praise-worthy. It's simply sad. Arguing over the presence of a supreme being often causes people to forget their dignity.

My Heroes Have Always Been Freethinkers

The list of famous atheists and agnostics is about five miles long. As some people who consider themselves to be religious employ certain individuals as role models, we non-believers can do the same. People with no religion can change the world, and some of them already have. Most of these people are considered controversial because of their views. In a perfect world, "controversial" would not equal "bad."

Don't Leave Your Sense of Humor in Your Other Pants

Q: What does the agnostic, dyslexic insomniac do?
A: He lies in bed all night wondering if there really is a dog.

All things considered, religion is probably the least funny topic of conversation on the planet but I think it is important to find the levity in almost everything. Telling a joke is a great way to break the ice, just choose a funny that other people won't consider offensive or demeaning - you wouldn't want to be labeled as an insensitive atheist. Remember that rule number one when telling a joke is to never be afraid to poke fun at yourself. It beats everybody else to the punch line.

Here are a few one-liners to get you started:

Note: If you see smoke coming out of someone's ears after you've told a religious joke, you've obviously chosen the wrong one.

Disclaimers And Other Things

I am not speaking for the entire atheist/agnostic community, only myself. These observations are mine. This entire Hub is my way of handling difficult situations regarding my lack of faith. I am not a scholar, I am not a profit. I barely graduated high school. But I do put my pants on the same way you do.

This Hub was written because of some nasty and unfortunate things I'm seeing on Hub Pages. The religious are often attacking the non-religious and vice versa. My opinion is my right, and I dare you to tell me different. I am not automatically wrong because my belief differs from yours. 'First do no harm' is important. And if you think you are not doing harm by attempting to force your opinions, beliefs or lack of beliefs on others, then you are WRONG.

That said, I do moderate comments, and any hate-filled diatribe of any opinion will not be approved. If you cannot state your views in a diplomatic and respectful nature, then go write your own Hub about how much you hate other people's beliefs and opinions. I will not stand for it on my Hub.

No matter what you believe or don't believe, hold tight to the Bill & Ted Rule: "Be excellent to each other."