How to Worship a Goddess

According to Goddess worship cult in Hinduism, in the beginning there was nothing except Shiva in the static form and Shaki in the kinetic form. Shakti invoked Shiva and thus the universe was born. Shiva is associated with matter and time, and Shakti is energy and space. Shakti is the World Mother. Her installation is done in human forms with different features and characters, and worshiped as Goddesses. All Hindu Goddesses are referred as Shakti in a single, consistent form, but sometimes more precisely to denote the consort of Shiva. Shakti is the Sanskrit word for energy.

According to the Hindu Scriptures, it is forbidden to talk publicly about worshiping rituals, prayers and mantras. One willing to worship the Goddesses (and Gods) must go to a guru and perform worshiping under his guidance. This provision was devised to allow only the good-willed people to be indoctrinated in worshiping.

Prayers and mantras are in Sanskrit. It is said, reciting the translations will work provided worshiping is done with full devotion. However, emphasis is given to original Sanskrit language.

Mantra is a word or combination of words that may or may not have meaning. Gods and Goddesses are propitiated by chanting mantra.

The Vedasare considered the most authoritative Hindu Scriptures. There are four Vedas. The oldest and the most comprehensive Rig Veda was believed to be composed between 1500-1200 BCE. The Veda mentions numerous Goddesses such as Prakriti (Nature), Maya (Illusion) Prithvi (Earth), Usha (Dawn), Ratri (Night), Vac (Speech), Sri (Wealth) etc., and the most revered Goddess called Aditi. Goddess Aditi is the mother of mortals and immortals. The Vedas also mention about Eight Mother-Goddesses called Asta Matrika.

Goddess worship is an endemic feature of Hinduism. Goddesses are worshiped as fertility symbol to honor the power of procreation in divine females. It is believed, with sincere worshiping, anyone can invoke his/her chosen Goddess and accumulate occult powers. There are basically two branches in Goddess worshiping cult: the Kali cult and the Sri cult. Goddesses in Kali cult are depicted in ferocious forms, whereas Goddesses in the Sri cult are in benevolent form. Kali, Tara, Chinnamasta are some of the Goddesses in the Kali cult, and Tripura Sundari, Sodasi, Raj Rajeshvari, Kamala etc. are the Goddesses in Sri cult. 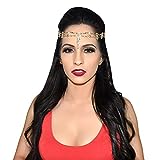 Hindu Goddess Laksmi is associated with wealth and prosperity. She evolved during the churning of cosmic ocean. Her Vedic name is Sri, which literally means wealth and prosperity. Goddess Laksmi is the consort of Vishnu, and she accompanied Vishnu in his different incarnations. When Vinshu was Lord Krishna, Laksmi was Radha, and when Vishnu became Rama, she took the avatar of Sita.

Normally, Goddess Laksmi is pictured sitting on a red lotus, smiling magnificently, one of her four hands manifesting gold coins, and white elephants anointing her. Owl is her vehicle and Sri is her mantra. Cow, gold, silver, banknotes and jewels are considered physical manifestations of Goddess Laksmi. Sometimes, Goddess Laksmi is also depicted with Goddess Sarasvati or Lord Ganesha.

Goddess Sarasvati is associated with learning, knowledge and wisdom. In Vedas, Sarasvati has been mentioned as Vac, which literally means speech. Goddess Sarasvati invented Sanskrit language and is the patron of art and music. Sarasvati was created from Brahma’s mind, so she is considered Brahma’s daughter. Since Goddess Sarasvati resides with Brahma, she is also referred as Brahma’s consort.

Sri Panchami is the Hindu Festival associated with Sarasvati, which falls on the fifth day of waxing moon in January or February. Goddess Sarasvati is depicted as sitting on a swan or white lotus, bina (musical instrument similar to Sitar) on her lap, and one of her four hands holding a book. Goddess Sarasvati is also popular in Buddhism.

Anyone willing to worship the Goddess must first purify the body, wear clean clothes, and sit before the picture and figurine of Goddess Sarasvati. He/she must worship the Goddess by lighting oil wicks and incense, offering flowers and fruits, and anointing her with rice, color powder and water. After worshiping Goddess Sarasvati, one has to recite the prayers and chant mantra.

The ancient Vedic name of Goddess Parvati is Uma and Ambika. She is worshiped under several different names such as Durga, Kali, Bhairavi etc. When Goddess Parvati took a form to kill demon called Durg, she got a new name Durga. She is depicted riding on a lion or tiger, with eight or ten hands and killing a demon with a trident. Navaratri (also called Dushera or Durga Puja) is the festival associated with Goddess Durga. There are four Navaratris in a year, and the most popular Navaratri falls in October. Navaratri is a nine-day festival when Goddess Durga is worshiped in nine different forms.

Hindu Scripture Devi Mahatmya (composed C. 5th century CE) is devoted to Goddess worship. Devi literally means Goddess. Devi Mahatmya describes different Goddesses such as ferocious Kali and benevolent Sri, and Goddess Durga forms the larger portion of the work. Goddess Durga is somewhat between Kali and Laksmi. She is depicted welding weapons and killing demon, but not ferocious like Kali. Despite Goddess Dura being in war mood, she is smiling and looking beautiful like Goddess Laksmi.

Durga Saptasati, a book of prayers dedicated to Goddess Durga, is recited during the worshiping of the Goddess Durga.

Puja literally means worshiping and the purpose of Puja in Hinduism is to fulfill four basic principles of life:

There are two types of Puja in Hinduism:

These two types of Puja have equal importance. Sakama Puja is recommended for householder whereas Niskama is for the ascetic.

Puja is the Sanskrit word for worshiping the Goddesses or Gods. Puja in Hinduism is performed in temples, or in the worshiping room, in home. Incense sticks, oil wicks, water pot, fruits, sweetmeats, flower, rice, color powder, sandalwood paste etc. are the requisites of Puja. Puja is performed in dawn, midday, dusk and midnight.

For the purpose of Puja, you have to sit facing an altar decorated with the pictures and figurines of Gods and Goddesses, or any chosen deity. Burn incense stick and light oil wicks, and offer flower, rice, color powder, to the oil wicks and water pot. Oil wicks and water pot act as your guide during the Puja in Hinduism.

After worshiping you have to recite prayers and chant mantra. Prayer consists of Kavacha, Strotra and Sat/Sahasra Nama. Kavacha is recited to protect your body and Strotra is the praise of the deity, Sat/Sahasra Nama is one hundred/thousand names of the deity. After you recite prayers, you have to chant mantra with a rosary. Different prayers and mantras are ascribed to different Gods and Goddesses.