Occult Arts - How to make money & wealth through runes

Would you like to use the occult knowledge to make some additional money? It's possible to do so without summoning anything or sacrificing a virgin, all you need is a piece of paper, a pencil and some faith - you're going to attract money with runes! 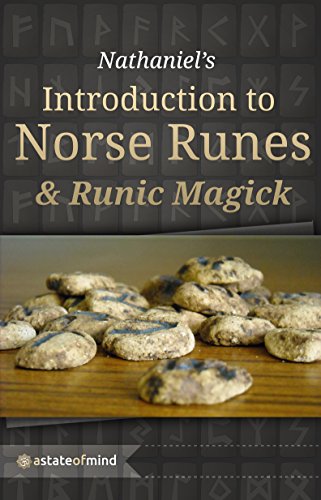 From game to reality

Have you ever played Diablo II with Lord of Destruction expansion? In the game, you could collect runes and join them together into scripts that were turning even simplest items into powerful weapons or armours. No, no - we're not going to use these fictional runes... we're going to use the real one...

Runes are Norse symbols from the cold north and far past. Legend stands that they were given to humanity by god Odin, so we could seek wisdom and advices from these magical symbols. 24 symbols of the Elder Futhark are being used in magic even today, from simple divination to creating powerful spells. That's what we're going to do - create few spells to attract money and generally material wealth.

To do this, you won't really need lot of knowledge. What you will need to make money with runes is one single rune, or one of two useful runic scripts.

Fehu - the rune of wealth

Fehu is the first rune of the Elder Futhark. It represent gain and wealth - both emotional, material, physical and spiritual. Its meaning is simple - gold and cattle. Beside complex philosophical and divinational meaning, Fehu is meant to attract wealth.

Keeping Fehu inside your pocket even as sign written on piece will attract money. It can also be mixed with other runes, for example mixing with gebo will give you a simple script meaning "gift of wealth". Mixing with kenaz will give you "gain of knowledge" and so on...

Be careful though, as creating your own runic scripts without proper knowledge about these symbols might be dangerous. It will be better to use the scripts I will provide you with in a matter of minutes.

Runic scripts are... scripts made of runes. Runes as letters can be mixed together and create words. These words possess powerful magical capabilities, therefore they're often used as amulets and talismans. Take a look on these two scripts on the right.

Both can be written down on piece of paper with normal pen, and hidden in a pocket so you will keep them with you at all time. Just remember to use one script at the time only, and do not mix these scripts together, or with any other runic script without proper knowledge regarding runes.

Use the runes wisely and be careful not to mix too many symbols together if you're using the knowledge of the ancient without proper occult training. But if you stick to the content of this hub only, and you will read the books I've presented here, too - you will have nothing to worry about and the runes might become your true ally.

At the end of this Hub, let me get a little bit personal. If you want to learn runes, why not grabbing my ebook guide to