The basic dictionaric definition of a cult is: "a misplaced or excessive admiration for a particular person or thing" or "a system of religious veneration and devotion directed toward a particular figure or object."

This definition speaks for almost every religion.

The motivation for this article: the loss of our mother and her identity, the suffering of me, my father, and my siblings.The religious cult responsible for this grief is known as the IMA or the International Ministerial Association and/or Delta

It started in the 60s, in the heart of the drug era. An ex-baptist preacher in New Orleans started a prayer group later in Miami Florida. In a time where youngsters searched for truth, the hippie free-spirited thinkers were craving answers. A man named Fife took advantage. He masterminded a cult with various titles in the beginning: the Move of God, the Move of the Spirit, and the Body of Christ. The movement was a non-denominational, non-profit charismatic international Christian organization. Sam fife claimed he would never die. The theology is linked to the Body of Christ cult founded by Donald Barnhouse in Philadelphia 1927-1960.

Fife was considered an apostle by way of the five-fold ministry; a Christian/Evangelical belief of five offices noted in the bible: Ephesians 4:11. Within a few years he established ‘farms’ in Columbia, Canada and Alaska. Thousands of members still live on communal farms all over the world. Non-communal congregations also exist as “city bodies.” No one knows what became of Fife, he was claimed to have died in a plane wreck in South america, but no one could ever find proof.

After his death, his teachings lived on through another minister named Buddy Cobb. A key to play out Sam’s sick movement. He published his own booklets and founded the Covenant Life College in 1982 in Fitzgerald Georgia, Whitehorse and Yukon.

I’ve never seen such a library of tapes! My relatives had to drive 1,500 miles a few times a year to attend a convention! And pay for it!

In 1994, a man reported visiting Blueberry farm where over a hundred of Sam Fife followers lived communally. The man was a Hutterite so understanding this way of living wasn’t abnormal. Each member handed over half of their income to the 'farm'. On one hand, the pastors adhered to those duties, on the other, they were the people’s investment advisers.

Move members dress very conservatively (woman in long skirts, shorter hair) and need permission to go anywhere. Some say they were made to wear caps and dress like Jews. My mother's husband must approve of any clothing article she wears or buys. Nothing attractive or flattering is accepted. He orders her to "take off" anything that doesn't make her appear to be his age (she is 65 and he is 83). Wives become mindless robotic servants for their husbands from what I've witnessed. I feel each untrustworthy person is assigned a personal guide to keep them in line or they are shipped off to a discipline resort (ISOT) in the middle of nowhere.

Advice is given to members by elders in a life or death situation with a family member in or not in the cult. My grandmother had a stroke and they wouldn't take her to the hospital even after he called the elders for guidance. Family visits must be approved by controlling elders.

Working as a home-based group just like the Assembly Body of Christ, one of the neighbors started daily sessions with my mother in one-hour increments right after her nervous breakdown and divorce. She was a single mother with three kids in a very weak state mentally and emotionally.One male member started frequenting our home spending long hours with her.Before I knew it, she was asking me to move out. Then he, (Gerry) moved in with my two brothers still there. All phone calls to and from her were monitored. Answers were dictated by him to me through her.

Shortly later, I was banned from seeing my own brother and had to meet him down the street.My brother was twelve and during this time he was visited by a John Hinson. A year or so later he was into drugs and attempted suicide. We still don't know what this man did to him.I found a pad with this message written on it, "John Hinson staying three days for Eric." What did a small boy need this man for? Who was this stranger she let into our home to do what to my brother? No one knows what he did to my brother, but today he is a drug addict and severely damaged emotionally and psychologically. Any information on this would be greatly appreciated.

Mother Ordered to go to ISOT

It was 1993, when she was ordered to go to a place know as 'I'SOT' in Canby California. It was under rule of self-absorbed narcissist E. Marie Tolbert. My mother's hair was chopped into a man's crew-cut like Holocaust victims and after this deliverance farm experience she had changed identities. Clock pendulums started to affect her head thereafter and she somehow acted 'secretive'. Reliable sources have shared of the organization's involvement with the horrifying torture technique of "waterboarding," it was performed on members who “didn't listen.”

Gerry, well into his fifties had moved into our home conveniently as the neighbours were trying to rid of him. My mother threw him out for six months, but he came back with three men. These Christian imposters invaded our home and demanded my mother marry this man since he lived there and she was to be ashamed. They used bibles and words therein to induce the intimidation. Thereafter he married Gerry in Ware Massachusetts; the man she told me physically repulsed her.

What was startling was that I found evidence of his dark-seeded ploy. When they moved out, I found a social security number on the back of my mother's painting. It was my fathers! This man had an agenda from the beginning. My mother was led down a dark constrained street of isolation, isolated from family and friends, and anyone that anchored her into her own reality. The visit of three men wasn't until she was finally totally broken down during her shipment to Klamath Falls, then Canby.

By this point his research on the house must have been satisfying, he found no contract that stated the children receive money if the home is sold. This was done with my father's social security number. He had his name on our home the next day. Before this, Gerry did his homework once again. I found papers on his hours of computer research, burial laws and funeral prep. For whom? This was done right before they both moved in with my elderly grandmother. First they got rid of her son whom has Down's Syndrome, and they eventually talked her into selling her house as well having her go to a few Move meetings. Luckily, she decided not to sell. But they were reprimanded by a church manager a lady in a wheelchair, for not having carried it out. The very next day they were off to Bradford Maine, to an apartment already awaiting them.

The members have destroyed or have talked my mother into surrendering all of our family photographs and belongings. No memories left. Things we cannot replace this cult has taken. And ex-mover told me members take the authority over family photographs burning them or ridding of them any which way and sometimes without permission.

My Mother Let Herself Go

My mother's appearance for an average adult is somewhat disturbing. The dull shabby clothing of a Little House on the Prairie hair-grayed woman that styles her hair in barretts and bangs like a child. No make-up allowed. Gerry, says, "make-up is what monkeys wear in hell." I wonder if he visited often to find out. https://www.youtube.com/watch?v=VUsOHsZIiA4

She no longer "goes by feelings," emotional control as I quote her, so putting our collie to sleep for reasons of "past life reminders" was due to the Move's teachings or conditioning. What's left if we cannot be human and have feelings? And she started asking disturbing questions such as, "How would you feel if you were stuck in a 5x5 room for a long period of time?"

I've collected over fifteen bibles she 'left' behind not including the ones she took when they moved out and countless notebooks and tapes filled with very complex and abnormal teachings. If anyone is able to contribute to information about the disciplinary solitary confinement that the Move sends people to please leave a comment.

Vennie Kocsis tells her story as a child survivor of Sam Fife's Move of God. Find out more about her at venniekocsis.com

Vennie is an incredibly gifted and talented young woman. Her perseverance is incredible that she wished to learn and rise above the deep depths of darkness that tainted her life for transforming herself back into the beautiful soul that she is. This Cult is real, crooked, deceitful and needs to be stopped, I know, my mother has been trapped in it for over 25 years. Please support Vennie for her courage in reliving this horror so she could bring other members of this cult or any cult hope to escape and survive and live a normal life.

The Horrible Truth about Religion

Astonishing Real-Stories of Life in the Move Cult 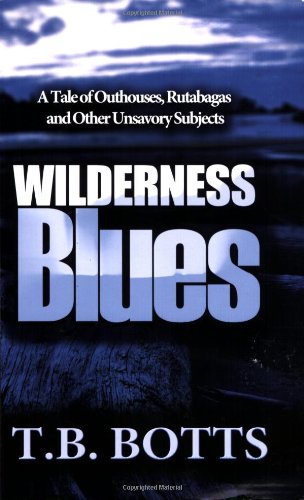 Alaska attracts all types of people: adventurers, nature lovers, entrepreneurs and criminals. It also appeals to those who are trying to escape the influences of the modern world. This book is about such a group and the hardships they faced as they tried to carve out a life in the wilderness, all under the teachings of a self-proclaimed prophet. Grandmothers and babies, musicians, a banker, a baby food salesman and others all worked together to create a home in the last frontier. When Mother Nature and human nature collide, the results can be volatile. This is one man's perspective of life on an end-time farm.