Important Lesson Learned: A Bad Situation May Be A Blessing In Disguise 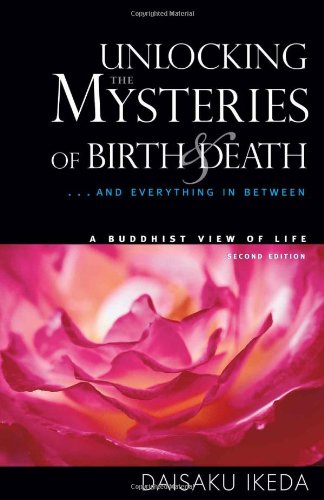 Unlocking the Mysteries of Birth & Death: . . . And Everything in Between, A Buddhist View Life
Buy Now

The Immediate Feeling of Disappointment

Everyone has experienced disappointment. When I was in 1st grade, I was the last girl picked for square dancing in a New York City public school in Flushing, NY. As I grew up, my mother made pants in odd colors such as lavender and pink while everyone else wore jeans in Los Angeles. As one grows older, it is the disappointment of not being admitted at a particular college or not being offered a job from a particular employer. Or, it is the disappointment of not finding a boyfriend, a wife/husband, a house, or a good school for children.

Experiences Have Taught Me The Theory About "Blessing In Disguise."

The phrase "blessing in disguise" is use when you are describing a bad situation that you had perceived when it occurred, when in actuality, the situation is a good thing. A similar statement would be: "When God closes a door, he opens a window"? Well, a positive thinker would not dwell on disappointment too long because either he or she has heard of "blessing in disguise" or experienced it. I have personally experienced blessing in disguise numerous times in my life. The first time was when I was offered admission to numerous prestigious colleges; yet, my father insisted that I go to Mount Holyoke College, a single sex college in Massachusetts. I knew nothing about this college since I did not visit a single college before filing my application. It was a difficult school, which I made more difficult by double majoring in philosophy and political science. It was not until I was much older that when I discussed my life story with my friends that I realized my father's choice of Mount Holyoke College was truly a blessing in disguise. Mount Holyoke College is the first women's college in the United States. Famous female figures such as Emily Dickinson graduated from MHC. The school was full of wonderful traditions, emphasizing building female leaders. Female students without hesitation raised their hands in class to participate. There were numerous extracurricular activities where you can dabble to your heart's content such as developing film, etc. I had great professors who wrote me stellar recommendations that resulted in my gaining a full tuition scholarship to law school. Most importantly, I learned to think for myself,and I emancipated from the grasp of my controlling father. Even though my brother went to a prestigious school, Wharton, I ended up with a better career path and more self-confidence.

Another time was in February 2010 when my husband lost his job. Immediately, everyone felt bad for me because it was a bad time to lose an income in any family. However, his parents, my mother, and I were cautiously optimistic. Why? He had been working for a controlling boss for the past 4 years who was unsympathetic to family crisis. The last crisis happened two months before my husband lost his job when I had a dizzy spell and wanted him to come pick me up, and my employer did not want me to be left alone since I have a history of medical problems. His boss refused, and I had to go to the hospital via an ambulance. Just yesterday, that same dizzy spell came back. Not only was he available to pick me up to go to urgent care, we saved a lot of unnecessary drama for my sake and my office's. As far as the loss of one income, he was so worry about my near death experience 5 years ago that he was blinded by the need for a second income and did not see how this boss was crushing his soul. He did everything to save his employer money, such as fixing her technology problems, fixing clogged toilets, picking up her children, etc. The more he was willing to assist with these ridiculous tasks of a hired help, the more he ended up hurting himself because she did not give him enough time to complete his business task. So, we were so happy that she forced him out because now he has more time to spend with the kids, complete what the general contractor failed to finish, and transition to a legal career since he is already a licensed lawyer. When we look back at the situation, the termination in February 2010 was a blessing in disguise.

In November 2009, a bank graciously denied our refinancing. We were so bummed. However, my mother-in-law said that we would have put ourselves in a very rigid financial situation for a mere 5% interest compared to the then existing 6% interest. She told us from her experience that it was better to make additional payment to the principal and keeping ourselves flexible in the existing loan. We felt the disappointment, and the thought that we were not creditworthy. In June 2011, we tried again. This time, with the interest rate being the lowest since Vietnam War (according to the assistant loan processor), we ended up with 3.25% interest and no closing cost. Between the last two refinancing applications, we learned all of the various theories on refinancing, such as whether to close with a higher interest rate without paying points versus paying the points for a slightly lower interest rate. We decided that the later is better in our situation because we do not plan to move from this residence. Again, the November 2009 denial on our refinancing application was a blessing in disguise. We would have been locked into a higher interest rate, and we would have been disappointed that the interest rate fell even greater almost two years later. (If you want to know more about the 2011 refinance experience, check out the article called How You Can Avoid Problems in Your Refinance or Mortgage Loan Process.)

Although my mother-in-law is a devout Catholic, her optimism reminded me of an important Buddhist concept called "changing poison into medicine" in which you transform a bad situation into an opportunity for learning, reflection, courage, and compassion. The experience of suffering is transferred into an opportunity for deeper happiness when you achieve it. Or, a difficult situation in which we have "deluded impulses" gives one an opportunity for self-knowledge, an awareness of an infinite potential, or "Buddha nature." So, the next time you experience a difficult result such as unemployment or rejection letter from a particular college, it may be a blessing in disguise.