Is Tobacco Forbidden in Islam?

(In the name of Allah, the Most Gracious, the Most Merciful)

There is much debate on whether smoking or the use of any tobacco products is considered haraam (forbidden; sinful) or makrooh (disliked) within Islam. Many Muslims believe that smoking is simply makrooh and even some will argue that because cigarettes weren't around during the time of the Prophet Muhammad (peace and blessing be upon him), that there is no way to determine whether smoking is haraam or just simply makrooh. However, it is best look to within the Qur'an and at hadiths for guidance on this matter.

Smoking is Bad for Your Health

"...And do not kill yourselves. Surely, Allah is Most Merciful to you. And whoever commits that through aggression and injustice, we shall cast him into the Fire and that is easy for Allah" [Surat an-Nisaa 4:29-30]

From a medical standpoint, smoking is undeniably bad for a person's health. It is a leading cause of lung cancer and other respiratory issues. Smoking can cause cardiovascular disease and increase the chances of having a stroke. According to the Center for Disease Control (CDC), an estimated 443,000 people die each year from the adverse health effects caused by smoking.

In the Qur'an it is clear that a person should not be the cause of their own destruction nor should a person kill themselves. Since smoking clearly has detrimental health effects, then it is going against that which is clearly stated in the Qur'an and therefore smoking should be avoided. 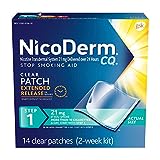 Smoking is a Waste of Money

"But spend not wastefully (your wealth) in the manner of a spendthrift. Verily spendthrifts are brothers of the devils." [Surat al-Israa 17:26-27]

The average cost for a pack of cigarettes is $4.00 to $5.00 a pack. Imagine how much that would cost a year for smokers who smoke a pack a day or even a pack every three days. That is an estimated cost of $2,000 or more a year. Imagine all the good you could do with that money by increasing your zakat and helping out someone in need.

Smoking Inflicts Harm on Others

Although considered to be a weak (da'if) hadith, Sunah Ibn Majah 2341 says, "The Messenger of Allah said, 'There should be neither harming nor reciprocating harm.'" Even though this was referring to someone who builds something on his neighbor's property that could cause him harm, it is a common belief of some Muslims when talking about tobacco products and smoking.

Many smokers don't realize how detrimental smoking is on others. According to the Center of Disease Control (CDC) second-hand smoke can cause heart disease and lung cancer. In fact, 49,400 people die each year that were exposed to second-hand smoke. Parents who smoke during pregnancy or smoke around their children put their own children at a greater risk for health problems such as SIDS, developmental issues, asthma, increased ear infections, and other health risks.

You are probably thinking how in the world would smoking affect worshiping Allah? First, let's look at fasting. Muslims fast during the month of Ramadan as well as other days and holidays. According to Islamic Law 1615-1616 it states that

"As an obligatory precaution, a person who is observing fasts, should not allow the smoke of cigarettes, tobacco, and other similar things to reach his throat. If a person does not take care to prevent dust, smoke, etc. from entering his throat, and if he was quite sure that these things would not reach his throat, his fast is in order; but if he only felt that they might not reach his throat, it is better that he should observe that fast again as qadha."

Chances are you will not be able to prevent the smoke from reaching the throat, so smoking would make your fast invalid.

Most smokers are concerned with when they can smoke their next cigarette. This may interfere with attending prayer, khutbas, halaqas, and other Islamic events. In the first pillar of Islam, the shahada, it says "Ash-shadu anla ilaha illallah wa ash-shadu anna Muhammadan Rasoolulah." (I bear witness that there is no god worthy of worship except Allah and I bear witness that Muhammad is his servant and messenger.) If you are ruled by smoking then you are putting smoking before Allah. This goes against the fundamental belief of Islam. Putting smoking before Allah suggests that you are a slave to the nicotine addiction when we are supposed to submit fully to Allah, not to cigarettes. Tobacco addiction thus becomes the focus of worship, which in that case it would become haraam because it is haraam to worship anything other than Allah.

Do you think smoking should be considered haraam (forbidden) or makrooh (disliked) in Islam?

The Smell of Smoking Can be Offensive

Even still, think about others. The smell of smoke can be offensive to non-smokers and affect their concentration in worship. It is mentioned in the Sahih al-Bukhari hadith 5373 where it says, "The Prophet (saws) said, 'Whoever eats garlic or onion should keep away from our masjid.'" Do you not think that the smell of tobacco smoke would be just as offensive as eating garlic or onion? To non-smokers it can be quite distracting.

"Indeed in the Messenger of Allah you have an excellent example to follow for him who hopes in (the meeting with) Allah and the Last Day and remembers Allah much." [Surat Al-'Ahzab 33:21]

Allah sent us the best role model of all, but it is also our responsibility to learn from the Prophet Muhammad (phub) and set an example ourselves based on these teachings and actions. If we are to set an example, then what kind of an example does smoking represent, especially to the youth?

Whether smoking is haraam (sinful) or not is something that will be debated for a long time. In the end, only Allah can answer this. However, it can be agree that smoking is definitely makrooh (disliked) and there are plenty of verses in the Qur'an and in the hadiths to back up both sides of the debate. If you are currently a smoker, it is advised that you quit this harmful habit both from a medical stand point as well as a religious standpoint. Not only will it increase your faith but it will give you greater health.

For more information on the debate on use of tobacco products, consider taking the time to listen to the following Islamic lectures regarding this topic: