Muhammad, Mohammed, Mohammad (peace be upon him)

Muhammad (peace be upon him) is also used and spelt as Mohammed or Mohammad. He also has these names:

Every time the name of the Prophet Muhammad (pbuh) is mentioned, it is compulsory to say 'peace be upon him'. Every practicing Muslim say these words when they hear His name.

"The miser is the one in whose presence I am mentioned, then he does not send the Salah upon me." —Muhammad (pbuh)

Amid The Confusion - Beautiful Nasheed By Zain Bikha

Prophet Muhammad (peace be upon him) was granted miracles throughout his life for people to see and learn from, by Allah's permission. Many of these are well-known such as the Night Journey and Ascent through the Heavens. Others are less well-known such as the flowing of water from the fingers of the Prophet.

Prophet Muhammad (peace be upon him) is well known worldwide as the last prophet and messenger of Allah (God) in Islam, who was born in the city of Mecca in Saudi Arabia in the year 570. Most non-muslims have only heard of Him after the 9/11 terrorist attacks on the World Trade Centre which is of course in no connection to one another. Since then, Islam has been labelled as a 'violent' religion. The reasons behind this is because there are people who don't know or haven't got much information about the Islamic religion or prophet Muhammad (peace be upon him).

Islam as a whole means submission and obedience to the will of Allah. In Islam it is forbidden to kill innocent people in any circumstance.

If you don't know something and you research the factual and authentic information, you will gain knowledge in what you didn't know before. Simple. Some people just go by the information given by the media and from what they hear from friends, who manipulate the truth into something that people actually want to hear.

In this article we learn about the early life of the man who spread the message of Islam (peace) throughout the world. Prophet Muhammad (pbuh) is regarded as the most influential man in history according to the book by Michael Hart, The 100: A Ranking of The Most Influential Persons in History. We will come to learn how he became that influential man as we go along.

Map of Mecca in Saudi Arabia 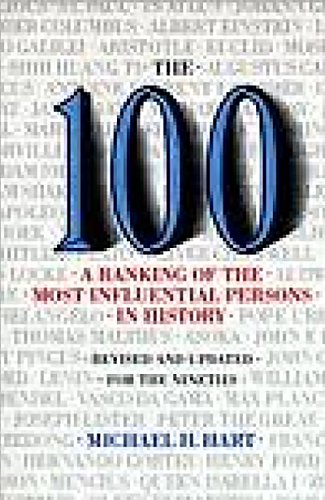 The 100: A Ranking Of The Most Influential Persons In History
Buy Now

Abdullah married Aminah at a time when they had their own tribes. Aminah belonged to a tribe called Zuhrah in short, and in full 'Abd Monaf Ibn Zuhrah.

The same day that Abdullah married Aminah, Abdullah's father, And al muttalib, married a cousin of Aminah's named Haliah. This was so that the Prophet (pbuh) could have an uncle on his father's side, namely Hamzah, of the same age as he.

Abdullah left for a trading trip to Al Sham and at that time Aminah was pregnant. Abdullah fell ill on his way back from the trading trip in Madinah. While there he passed away.

The Ka'bah in Masjid al Haram built by Ibrahim and his son Ismael was the first house built for public worship in Mecca.

And al Muttalib was overjoyed at the birth of a grandson so he took the newborn baby into the Ka'bah, and there called him 'Muhammad' (pbuh).

Historians came to an agreement that Muhammad (pbuh) was born in the month of Rabi al Awwal, the third month of the lunar year.

Muhammad's Life in the Desert

In those times people used to give their newborn babies to nurses, who took them to the desert on the 8th day of their birth to remain there until the age of 8 or 10 year. Because Muahmmad (pbuh) by then had no father, no nurses wanted to take him to the desert. Nurses hoped to be well rewarded by the children's fathers.

Halimah al Sadiyyah, who was very poor and was not liked within the tribe for that reason, accepted Muhammad into her charge because she had no other babies offered to her to take to the desert. For two years she nursed him; the purity of the desert air and the hardness of desert living agreed with Muhammad's physical disposition and contributed to his quick growth, sound formation and discipline. While she was nursing him, Halimah found all kinds of blessings. Her herd of animals became fat and multiplied and everything around her seemed to prosper.

While in the desert, the prophet (pbuh) was witnessed to have had something spiritual happen to him.

"Two men dressed in white came up to me, laid me down, opened my abdomen and took something i know not away."

'Had we not revived your spirit [literally, "opened your chest"], and dissipated your burden which was galling your back."

Aminah, Muhammad's (pbuh) mother, took him to Madinah in order to acquaint him with her uncles. She died on the way back from Madinah. And al Muttalib, Muhammad's (pbuh) grandfather, felt more stronger affection towards him because now he was double orphaned. No father no mother. When Muhammad was 8, his grandfather died.

Now his uncle, Abu Talib, was protecting him. Abu Talib was not rich, but he was the noblest and the most hospitable and therefore, the most respected among the Qurayish tribe, compared to his two brothers.

Muhammad (pbuh), while growing up, experienced going to trade trips with his uncle, where people, for example monks and priests, would recognise him as a 'special' person. Also he had experienced taking care of his families and neighbours herds of animals.

Later in time, he said:

"God sent no prophet who was not a herdsman..."

He led a life far removed from vice and immortality, and found his pleasures in immersing himself in thought and contemplation. As a herdsman he would spend most of his time thinking, contemplating about the things around him.

Muhammad (pbuh) never was concerned by material return. Those who long after wealth and strive hard to obtain it to satisfy passions which Muhammad never knew.

Muhammad (pbuh) used to contemplate reasons behind the sun and moon rising and falling, the stars that appeared in the night sky and many other natural things which he had no clue about. He used to think that there must be a creator of all these things who controls them, which obey every order given to them to follow a certain pattern permitted to them. The trees and animals, life itself, there must certainly be a Lord of the universe, a creator who has given life and can take it away anytime with death.

Khadijah was Muhammad's (pbuh) first wife. She had previously married twice, and when they married, she was 40 years old and he was 25 years old. They were both inclined towards one another, so they got married.

Khadijah beared his sons and daughters, but the sons all died in childhood, and the daughters survived.

The Description of Muhammad's Looks

Muhammad (pbuh) was handsome of face and of medium build; neither conspicuously tall nor short.

He had a large head with very black thick hair, wide forehead, heavy eyebrows and large black eyes with a slight redness on their sides and long eyelashes to add to their attractiveness.

He walked resolutely with firm steps. His appearance was always one of deep thought and contemplation.

Peace Be Upon Rasul Allah

Links To Other Islamic Articles

The Beginning Of Prophethood

Muhammad (pbuh) would retreat in to a cave called 'Hira' in the month of Ramadan of every year. He started to see visions and dreams of the truth he sought.

It was at the age of 40, while asleep in the cave, one day, Muhammad (pbuh) was approached by an angel (Gabriel), who said to him,

"What shall i read?", he replied with fear, stunned at the unknown voice coming from inside the cave.

"Read!", the angel said once again.

"What shall i read?" he replied, this time feeling the angel strangling him, then letting go.

"Read!", fearing the angel might strangle him again, but stronger, he again replied, "What shall i read?".

"Read in the name of you Lord, the Creator, who created man of a clot of blood, Read! Your Lord is most gracious. It is He who taught man by the pen that which he does not know." Muhammad (pbuh) recited these verses until they were permanently carved in his memory.

Muhammad (pbuh) then got some answers of some of his questions from the angel, Gabriel, of which he was looking for for many years. He had found the true religion, that there was a God, one God. He started to spread the truth and prayer, salat. The first person to convert to Islam was Muhammad's (pbuh) wife, Khadijah, then Ali secretly caught them praying so he converted, and Abu Bakr was next to convert.

Abu bakr was a very close friend of Muhammad's (pbuh), who trusted him and believed him beyond any doubt. Abu Bakr was the first man to be called to the worship of God alone and to the repudiation of idols. Many others followed, people who didn't believe the prophet asked questions, asked Him to show miracles like the ones Moses and Jesus and others (peace be upon them all) did. There was only one answer.

"Say: 'I have no power whatever to bring advantage or avoid disadvantage. What God wills, will happen. If it were given to me to tell the future i would have used such knowledge to my own advantage. But i am only a man sent to warn you, and a messenger to convey divine message that you may believe'".

How could they ask him to perform miracles when the Book (Quran) that was being revealed to Him, which was his guide to the truth, was the end of all miracles?

What Prophet Mohammed said about these foods:

Honey: Considered the best remedy for diarrhoea when mixed in hot water. It is the food of foods, drink of drinks and drug of drugs. It is used for creating appetite, strengthening the stomach, eliminating phlegm; as a meat preservative, hair conditioner, eye soother and mouthwash. It is extremely beneficial in the morning in warm water.

Grapes: The Prophet was very fond of grapes - it purifies the blood, provides vigour and health, strengthens the kidneys and clears the bowels.

This is a very short and brief article on the most influential man EVER in the history of mankind who was chosen before time by Allah to warn and convey the divine message of the fastest growing religion in the world right now, Islam.

The Prophet Muhammad (pbuh) is a messenger of Allah (subhana wa ta'la) to make us human beings aware of the after life, and Allah is the creator of all things in the universe.