Jesus Was Married - Facts That Point To The Truth

This week, the words 'Jesus said to them, My wife..' And reference to her becoming one of His followers, 'She will be my disciple' And the other point that Jesus made was ' I dwell with her' sounds pretty straight forward to me.

So has the 4th Century Coptic Script found really stating that Jesus was married, and if so what does that mean for Christians. And why is it so bizarre that Jesus would have been married anyhow?

I found the whole thing rather amusing as I watched the Dance of the Critics, especially the Church start to waltz around each other, desperately clinging on to their old beliefs that have played like Chinese Whispers down through the ages.

Jesus was married. So what? Well you would have thought that wouldn't you? But I doubt if his Holiness the Pope is particularly happy about it. I bet he's squirming like a worm on a hook. Let's face it, he already knew didn't he?

The Church authorities are already getting their spin doctors to say in a very loud voice 'No this is fake, no this has been written over three hundred years later therefore they were talking about Jesus and marriage purely by guess work'.

That's a good statement, only one thing wrong with it. The papyrus actually states the facts in the 'first person' For example: She will be my.. And so on.

The fact is, the Church has been manipulating the way we see Jesus for the last two thousand years. The manipulation started at the time when the Bible was first put together. There are many different versions of when the Bible was actually written. Some scholars say 70 years after Jesus, and others claim it was over 200 years later. The point being that there were many more gospels out there that were in fact left out of the final draft.

Karen King with the New Gospel

According to Harvard divinity professor, Karen King, an ancient scrap of papyrus makes reference to Jesus being married. Karen unveiled the 4th century coptic script at a conference in Rome.

The papyrus was believed to belong to a private collector. A few people have stated that it 'must' be a fake, but at this time experts have claimed it as real.

The Catholic Church has long based their beliefs on celibacy, hence the non marriage of their Priests.

From The Gospel Of Philip

The Missing Gospels were buried in the desert for centuries, and when they were found certain parts were missing, some scholars believed that they had been eaten by insects. There is a part of one of the Scrolls that is missing. A very crucial part, causing suspicion that someone had in fact deliberately torn the most important word from the parchment.

And the companion of the ...Mary Magdalene..Loved her more than all the other disciples and used to kiss her often on her ()... The rest of the disciples ..said to him. ' Why do you lover her more than all of us? The Saviour then answered and said to them 'Why do I not love you like her? When a blind man and one who sees are both together in darkness they are no different from one another. When the light comes then he who sees will see the light and he who is blind will remain in the darkness'

The Mary Magdalene Gospels Pope Gregory and The 'Apology'

According to various sources, the Bible was edited down from many gospels to make it easier and shorter to read. The reason stated is that much of it was in fact repeated over and over, and therefore the main points were placed in the Bible.

The point is, what was left out that was of real importance? The recent discovery of the Mary Magdalene Gospel in 1945 near Nag Hammadi, southern Egypt, along with The Gospel of Thomas, The Gospel of Philip, and the Acts of Peter shows that much was left out of the Bible after the Catholic Church decided that it didn't fit in with Christian Doctrine.

Small snippets in the Bible are in fact explained in much more detail in the Nag Hammadi finds.

But back to Mary Magdalene and her Gospels. This is the fiirst time that we get to know Mary as a real person. She appears in the Gospel of Philip, and across the pages of the other Gospels too. She was a very powerful and prominent member of Jesus's disciples.

When others do not understand what Jesus is saying, Mary answers him first and gives her opinion. As time goes on Mary becomes very high up in the leadership of the disciples. It would take too long here to explain the role Mary had at the side of Jesus. If you haven't read the Gospels found in 1945 then I suggest you go and take a look. It will astound you.

Suffice to say that after Jesus, Mary Magdalene was believed to have become the leader of the disciples. Jesus wanted her to be the interpreter of his teachings, and to go on to lead the group.This is where Peter steps in, and out of jealousy steals the leadership and dismisses Mary.

Peter didn't need to worry though. The Catholic Church did a good job of dismissing women from the top of any job, so Mary was pushed into legend. And what a legend. Not only did the Catholic Church deride her and call her a prostitute, they virtually pushed her out of the Bible story altogether.

Pope Gregory the first in 597 C.E, took three Mary's, Mary of Bethany,and another Mary who he called the Sinner, and combined them with Mary Magdalene, and hence the derogatory name was stuck.

In 1969 the Vatican finally overruled this so called error, and quietly, without an apology or written statement, suddenly decided to alter the reading on the Feast days concerning the Saints. Mary had never been a fallen woman. But its amazing how many people still do not know this fact. Yell it from the rafters? Er no.

A quick scuffling of papers? Yes. The Catholic Mass was changed from the 'Sinner' To Mary Magdalene. At last her name was shown in the right way.

The Roman book of readings for the Catholic Mass, and the Roman calendar, now changed from Luke 7, to the Gospel of John chapter 10 verses 1,2 and 11 to 18.

Amazing Revelation! Read about the hidden history of Jesus Father!

The Woman with the Alabaster Jar: Mary Magdalen and the Holy Grail
Buy Now

Any historian will tell you that back in the days of Jesus every man and woman were 'engaged' to each other by or around the age of fifteen. At this time Jesus would have been only a young man, many years away from his teaching and disciples. He would not have brought shame on his family by dismissing a major part of local life.

He would have married a couple of years later, and as we now know, taken his wife with him on his teachings. There are many references to Mary Magdalene just in the watered down Bible. Why else would she have been there with him all the way? Why was she the first one to see him after he was Risen? Why was she there when he was Crucified? If she was just an ordinary woman not related to the family at all, why would she have been at His side?

We can't be sure that the Coptic Papyrus is actually talking about Mary Magdalene being His wife, it could very well have been someone else. But I doubt it. After reading the Magdalene Gospels its seems to me the evidence is there staring us straight in the face.

Yes Jesus was married. Yes it probably was Mary Magdalene. Yes, the Catholic Church have manipulated us all the way through the last 2,000 years. And last but not least, what to do about it?

I would like to see the Catholic Church hold their hands up and say, Yes we knew, sorry about that. Now lets just incorporate the Marriage into our teachings. But guess what? That is not going to happen. They have a very large broom that sweeps things under a very large carpet.

This will be hushed up, derided, laughed at and made to look stupid. Why? Because that's what they do. And people will go on believing just part of the Story of Jesus. Okay I may well be wrong.

But placing this papyrus alongside the Gospel Of Mary Magdalene and Philip, we must see what is in front of our faces. But we won't. Nobody likes change, even something as simple as this. So It will disappear just like any other proof that's found.

It's a shame really, because at the end of the day, Jesus was a very kind man, a Healer and most likely the Son of God. I like the idea of him having a bit of comfort from a fussing wife. It makes him much more real in my eyes. 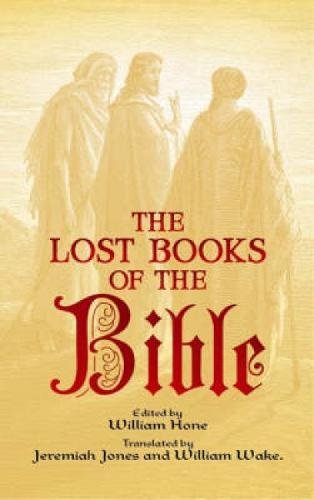